This week, I had the honor of again judging at the Hilton Head Concours d’ Elegance in Florida, and I also got to do something for which I had never seemed to find time in the past.

At these events, there are usually a number of new car test-drive opportunities, and I signed up to drive a few cars. In addition to new car drives, Hagerty Insurance offered classic driving opportunities through its Driveshare program.

After my test drive in a new Porsche 911, I walked over to the Hagerty booth and stepped into a car I have always wanted to drive: what I consider to be a second-generation Ford Mustang.  I’ve wanted to drive one of these bigger 1971-73 cars because I wondered if it was still a true Mustang, and because James Bond drove a Mach 1 in Diamonds are Forever. 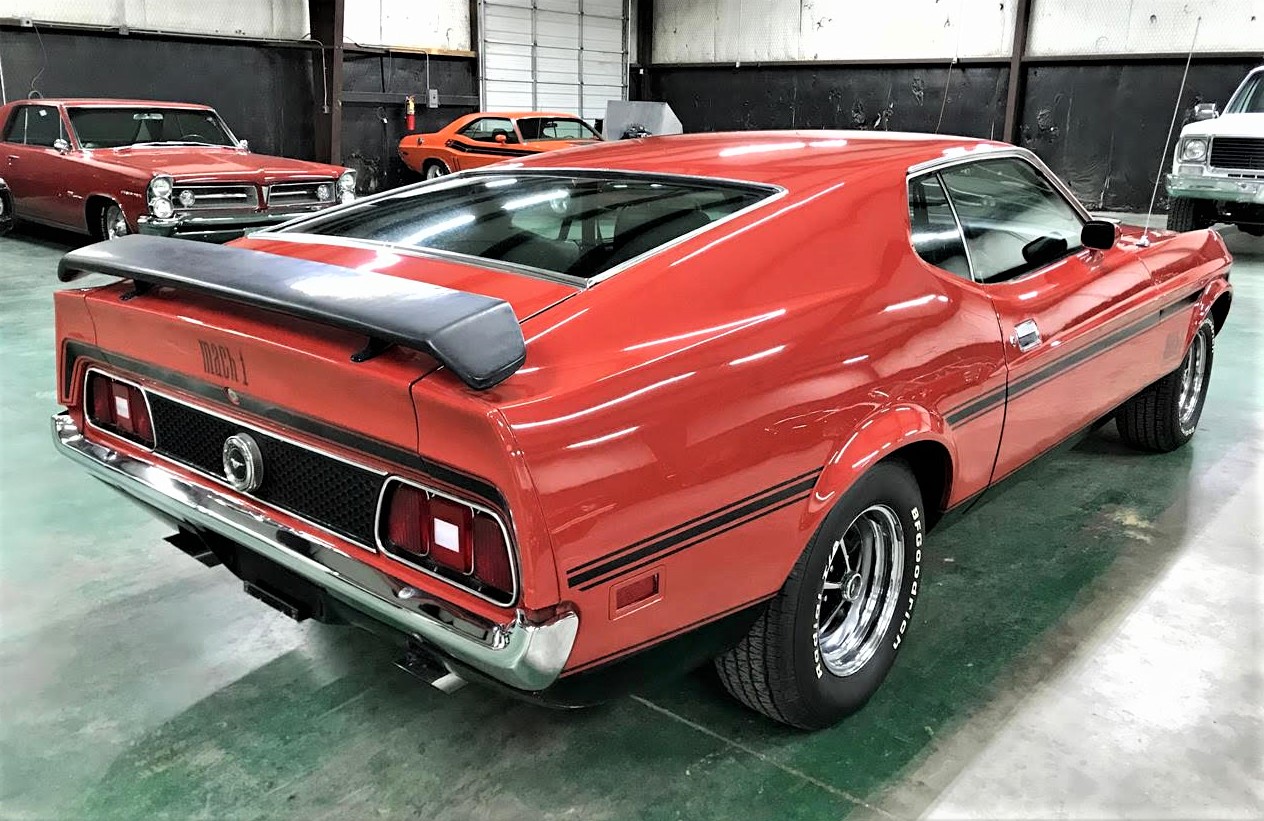 The Pick of the Day is a 1972 Ford Mustang Mach 1 for sale that, according to the Sherman, Texas, dealer advertising the car on ClassicCars.com, has a straight body with red paint in nice condition.

The Mustang that I drove in Florida car surprised me because of how much fun it was. Yes, it is considerably bigger than the original but it was still a classic Mustang, albeit one with more creature comforts and an updated interior. The performance was intact and the 351 Cleveland V8 engine made the car quite fun in a straight line.

In a lot of ways, the 1971-73 model is the forgotten Mustang. People did not fall in love with it as they did with the original Mustangs, and the second-generation Chevrolet Camaro tended to overshadow it during those years.

The Mustang could be ordered as a high-performance pony car, and its striking Coke-bottle styling that mixed American and European design concepts has aged well over the years. The 1971-73 Mustangs keep looking better and better.

This Mustang Mach 1 wears BF Goodrich Radial T/A white-letter tires on original Magnum 500 wheels. The correct black-vinyl interior is in nice condition and equipped with the optional center console with floor shifter. The car is said to run and drive well and is ready to show or drive. 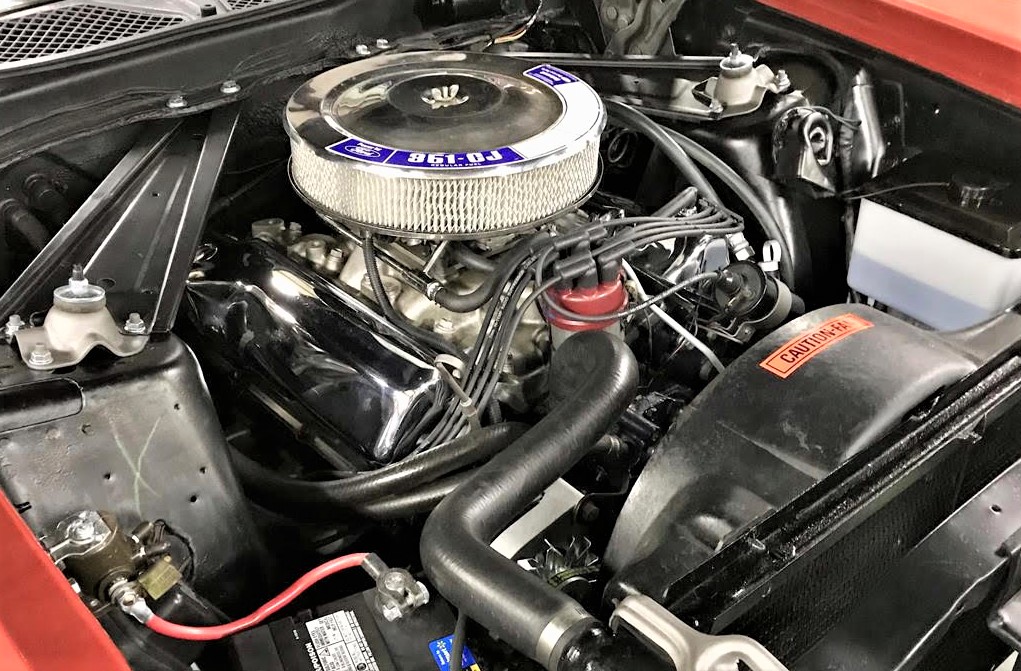 The Mach 1 is equipped with the desirable 351 Cleveland V8, which has been upgraded with an Edelbrock aluminum intake and 4-barrel carburetor. Options include a 3-speed automatic transmission, power steering, power disc brakes, dual exhaust with headers, and Ford 9-inch rear differential.

In the photos with the ad, the Mustang looks exceptionally clean with an undercarriage looking to be in great condition and without evidence of rust. 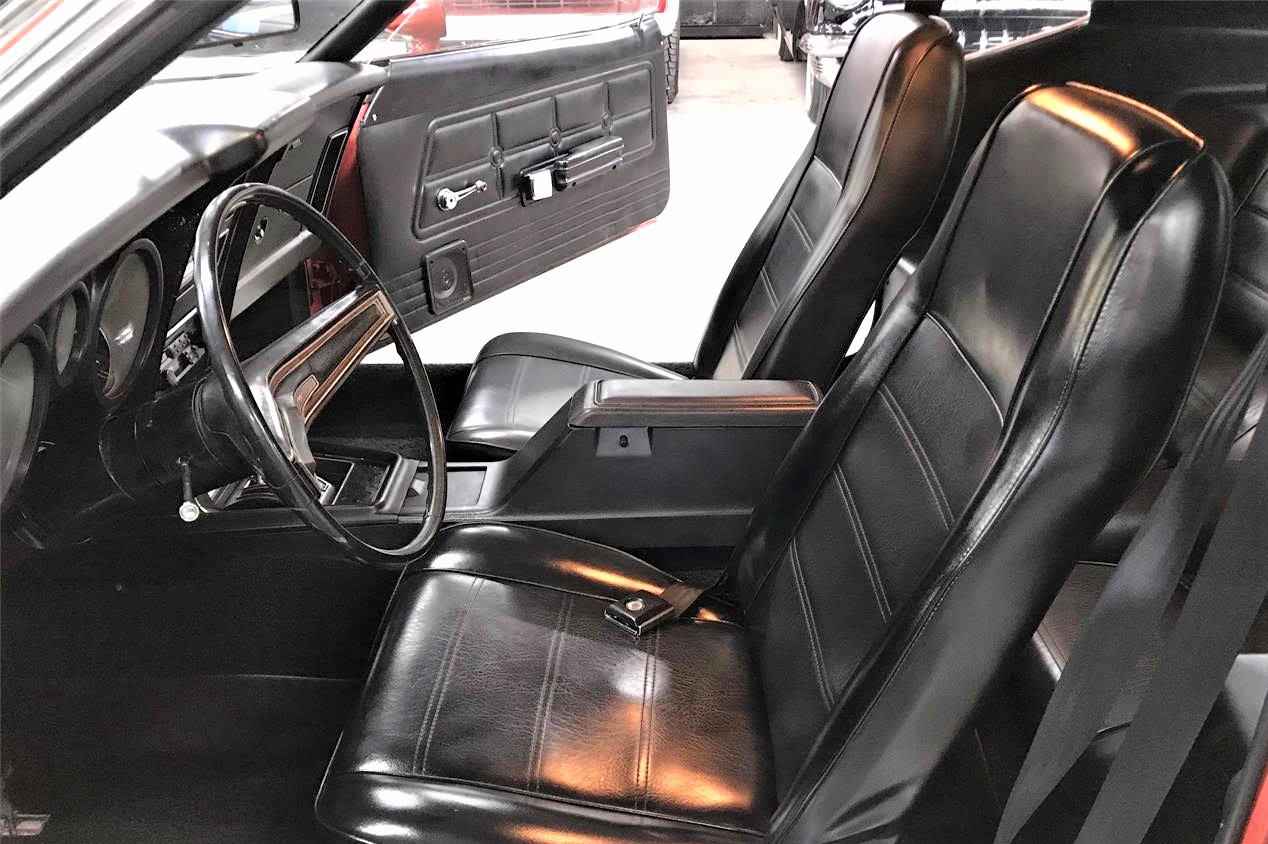 These Mach 1 models were the end of an era for Ford and represent some of the last high-performance Mustangs the company would build for years. The asking price is $25,500 for a classic Mustang Mach 1 that you can drive every day with a little more comfort than the earlier models.