After World War II, international automakers scrambled to replicate the U.S. Army Jeep that was seen as a crucial factor in winning the conflict. The result was a mixed bag of 4X4 off-roaders, most notably the British Land Rover and Toyota Land Cruiser from Japan.

Also from Japan was the Nissan Patrol, built along the same lines as the Land Cruiser but never achieving the massive popularity in the U.S. of the Toyota. Today, Patrols are rare collector’s items as well as something different for challenging a rocky trail. 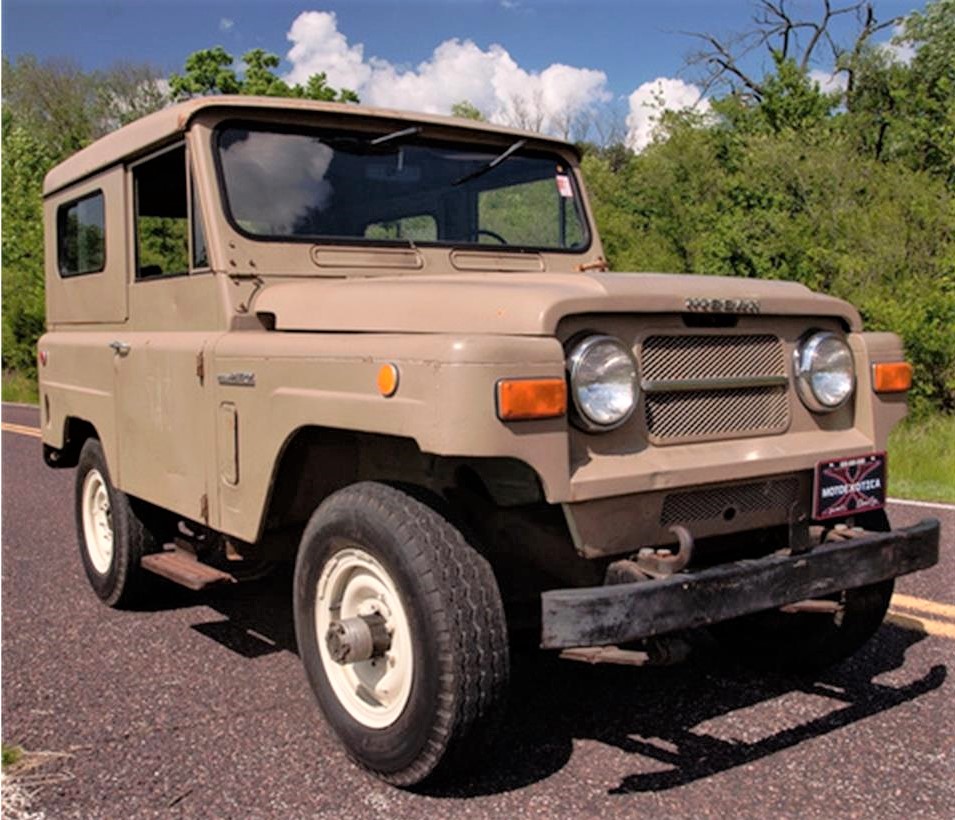 The Pick of the Day is a 1969 Nissan Patrol from the last year of production, offered on ClassicCars.com by a dealer in St. Louis, Missouri, who describes it as a rare unrestored survivor.

But not only is the Patrol a rarely seen vehicle in the U.S., this one has Hollywood movie provenance, having been owned by the film industry for much of its existence.

“The Patrol had been in movie car inventory for decades, appearing in films and television shows, most notably the film, Argo, a 2012 American historical drama directed by Ben Affleck,” according to the seller. “A certificate of authenticity is included.”

The previous owner purchased it from the movie studio, the ad states. 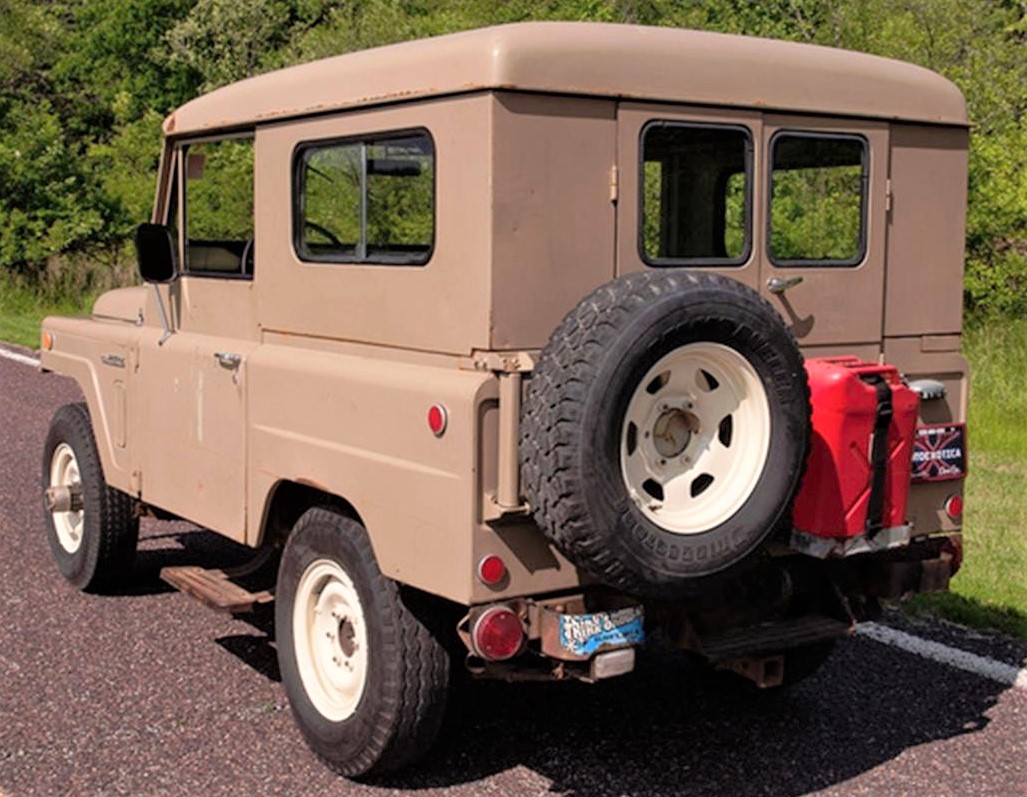 Although with some minor rust and general scruffiness, the Patrol shows an appropriate patina for a trailblazing survivor and is in basically solid condition and apparently ready to roll. Whether to restore would be a difficult decision considering its authentic condition.

“This example is just one of 1,641 units exported to the United States between 1961 and 1969, so it is an ultra-rare find,” the seller notes. “The previous owner reportedly sought a complete, survivor Patrol because of their rarity and cool factor. 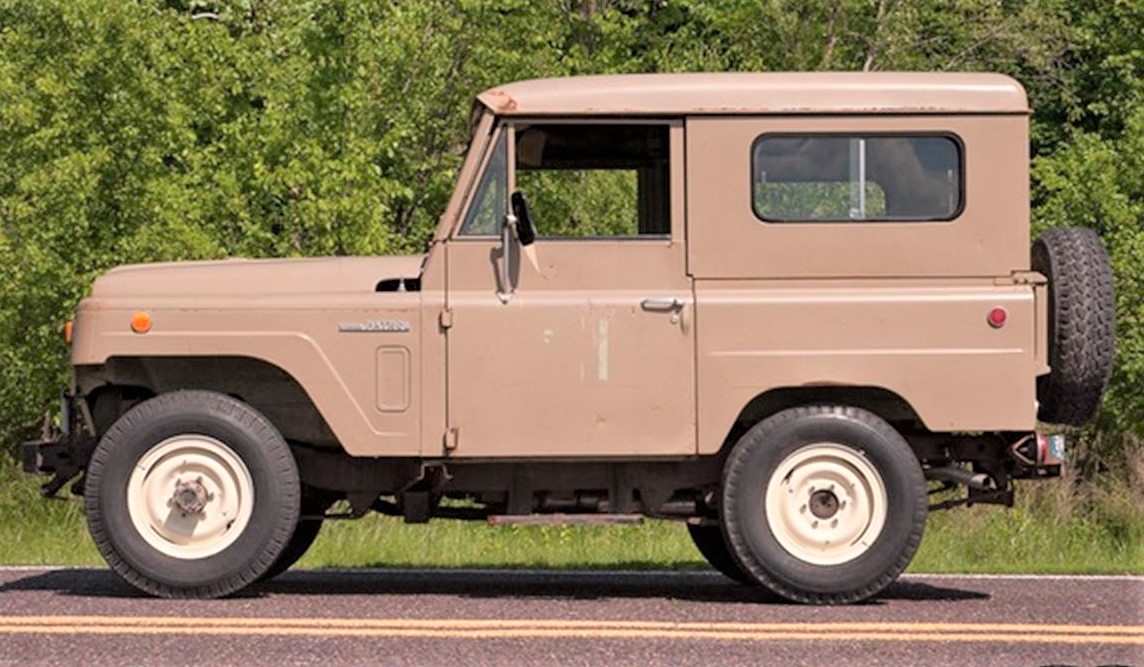 “After buying it, the owner decided not to restore it because in his words, the exterior patina is ‘awesome’ and its ‘floors and all sheetmetal (are) what we car guys dream about’.”

The odometer shows just over 20,000 miles, the ad says, but that’s most likely not correct since the Nissan’s gauges reportedly have not worked for who knows how long. Otherwise, all lights, signals, wipers and the rest of the electrical system are operational. The all-terrain tires are old and would need replacement.

The Patrol is equipped with a 4.0-liter inline-6 engine and 4-speed manual transmission with 4-wheel drive. The glass is in original good condition and the front seats have been reupholstered, the ad says. 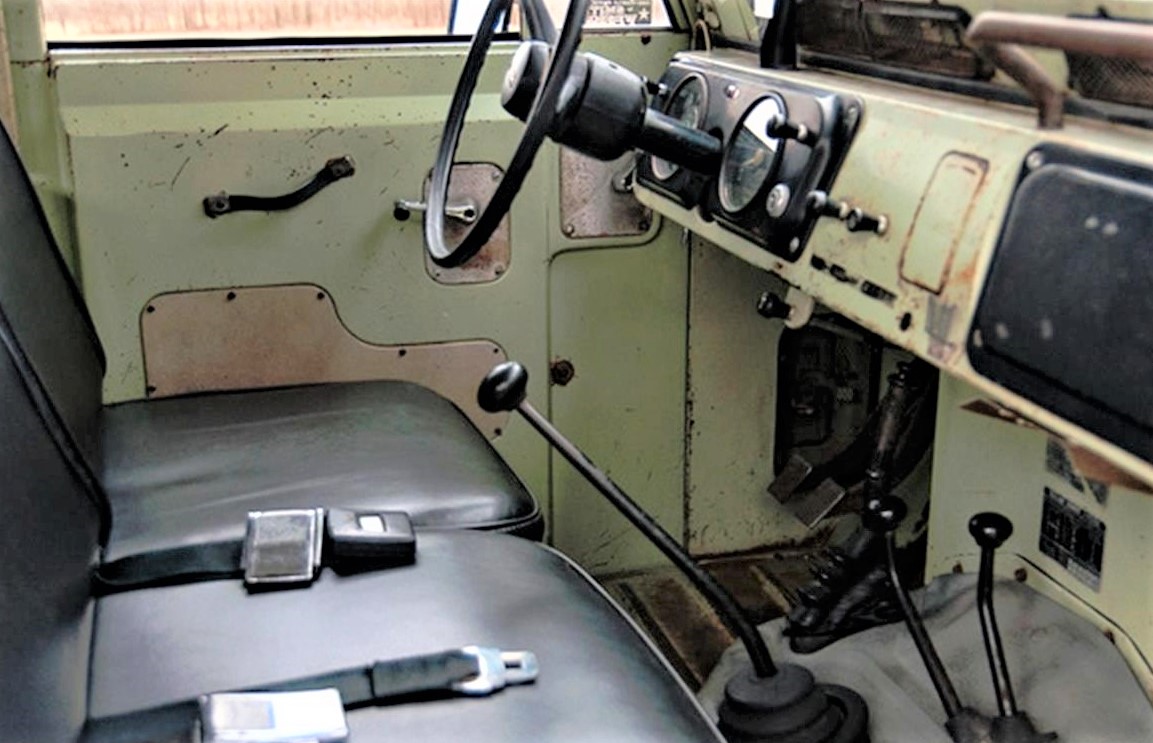 Despite their rarity, the values of Nissan Patrols are not nearly that of Toyota Land Cruisers, which have risen sharply in recent years along with the popular interest in vintage 4-wheelers. The asking price for the Patrol is $15,500.