Setting speed records, 90 years ago and sometime within the next 2 years

Press releases about vehicles seeking land speed records in the past and future arrived in our inbox within minutes of each other a couple of days ago.

Since this is the ClassicCars.com Journal, we’ll start with the second to arrive. It came from Maserati S.p.A. and celebrated the 90th anniversary of Mario Umberto “Baconin” Borzacchini driving a Maserati Tipo V4 to a land speed record for the “flying 10 kilometers.”

The car had made its racing debut a couple of weeks earlier in September, when Alfieri Maserati drove it to a sixth-place finish in the Monza Grand Prix.

Then, on September 28, 1929, “Baconin” took the wheel at the Circuito di Cremona, a 17-kilometer stretch of provincial highway straightaway. The “circuito” started at the town hall in Gadesco Pieve Delmona and ended at the village of Sant’Antonkio d’Anniata. There was an area so a car could build up speed for the flying start and, at the end, a stretch for coming to a stop.

While straight, the route was not level and rules required that the car be driven in both directions.

The Tipo V4 was powered by a 4-liter, 4-cylinder engine with the pairs of cylinders at 25 degrees. Each bank had its own crankshaft, magneto, carburetor and supercharger, resulting in a total of 280 horsepower. 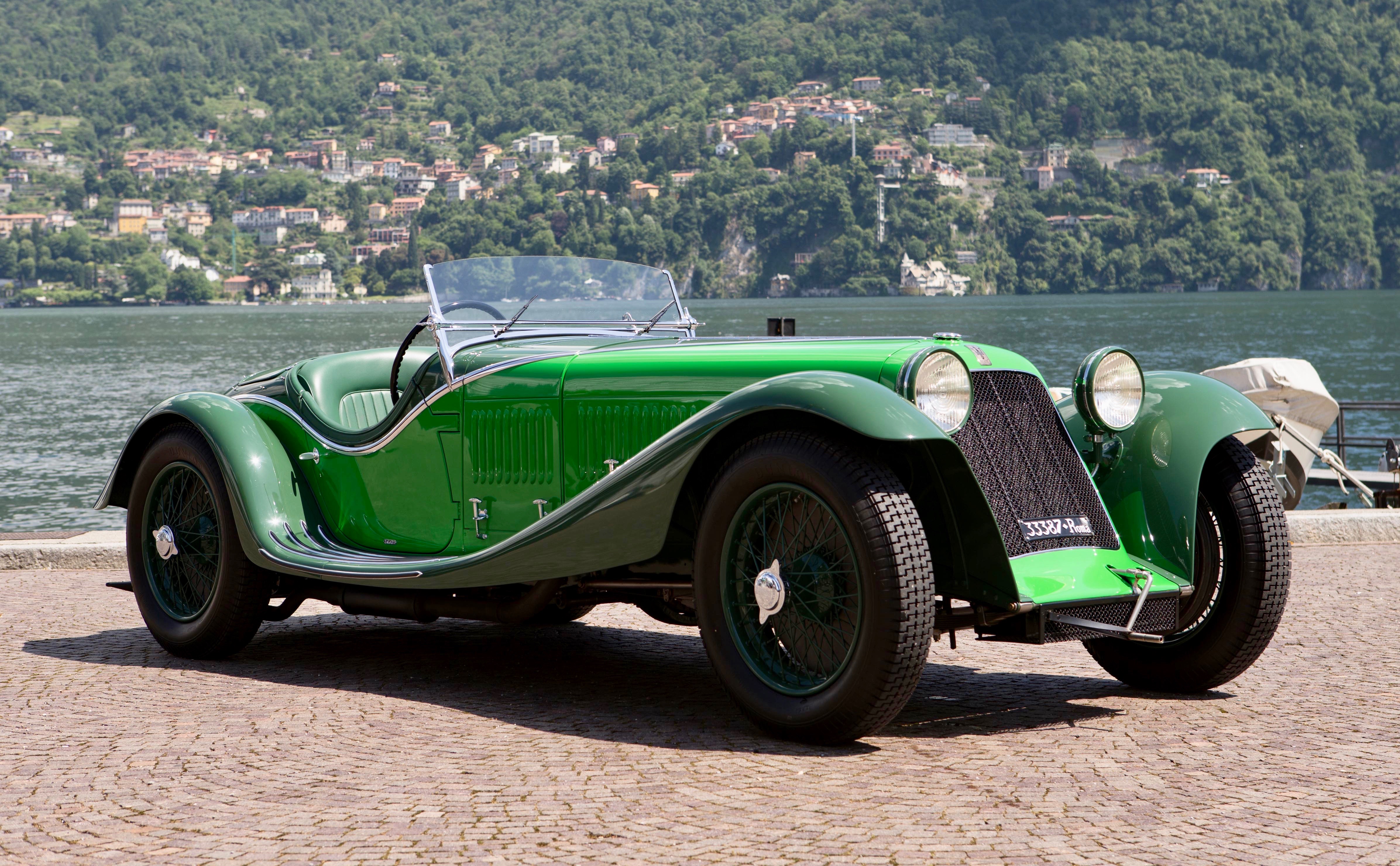 The chassis “was specially reinforced to cope with the massive power of the engine,” Maserati noted, adding that “It proved impossible to eliminate the rapid tire wear and the inadequacy of the braking system, problems generated by the car’s immense power and considerable weight.”

Borzacchini’s success was feted with a dinner celebration in Bologna. Maserati notes that it was at that dinner that Enzo Ferrari “took advantage of this opportunity to persuade the two wealthy Emilia-region businessmen Alfredo Caniato and Mario Tadini to establish the racing team which was to bear his name.”

The subject line of the other news release was “Letting Bloodhound off the leash,” and shared the news that the Bloodhound LSR was about to leave England and in October would undergo high-speed testing in South Africa.

“High-speed” in this case would be a figure faster than the 500 mph the jet-powered car had achieved during earlier shakedowns on the Hakskeenpan, a salt plain in South Africa’s Kalahari Desert. The “high-speed” testing will be done in 13 runs conducted in 50 mph increments, and with the riding on solid-aluminum disc wheels.

“The solid-aluminum wheels have been specially designed for the desert surface,” the Bloodhound team reported. “Measuring 900 mm in diameter and weighing 95 kg each, they are designed to spin at up to 10,200 rpm (revolutions per minute) – more than four times faster than wheels on a Formula 1 car at top speed.

“The result of 30 years of research and design, they were created by an international consortium and forged from one of the highest aircraft grade aluminum alloys in the world: 7037.

“The wheels have a V-shaped keel which digs into the alkali playa (baked mud) surface by 25 mm when the car is stationary. As speeds increase, the wheels will rise up out of the mud surface and plane in much the same way as a speedboat rides up on the surface of the water.

“At 500 mph (804 km/h) and above, just a few millimeters of metal will be in contact with the desert surface, and the giant aluminum discs will act more like rudders than wheels on a conventional car.”

Bloodhound, which weighs more than 12,000 pounds, is powered by an EJ200 engine produced by Rolls-Royce and usually installed in the Typhoon jet fighter. The team hopes to be ready to run for the land speed record 12-18 months after testing is completed.

The current land speed record is 763.035 mph set in 1997 by the Thrust SSC team led by Richard Noble. Andy Green drove the Thurst and also has done the testing in the Bloodhound.