Before muscle cars, Detroit was packing a big punch in its big cars 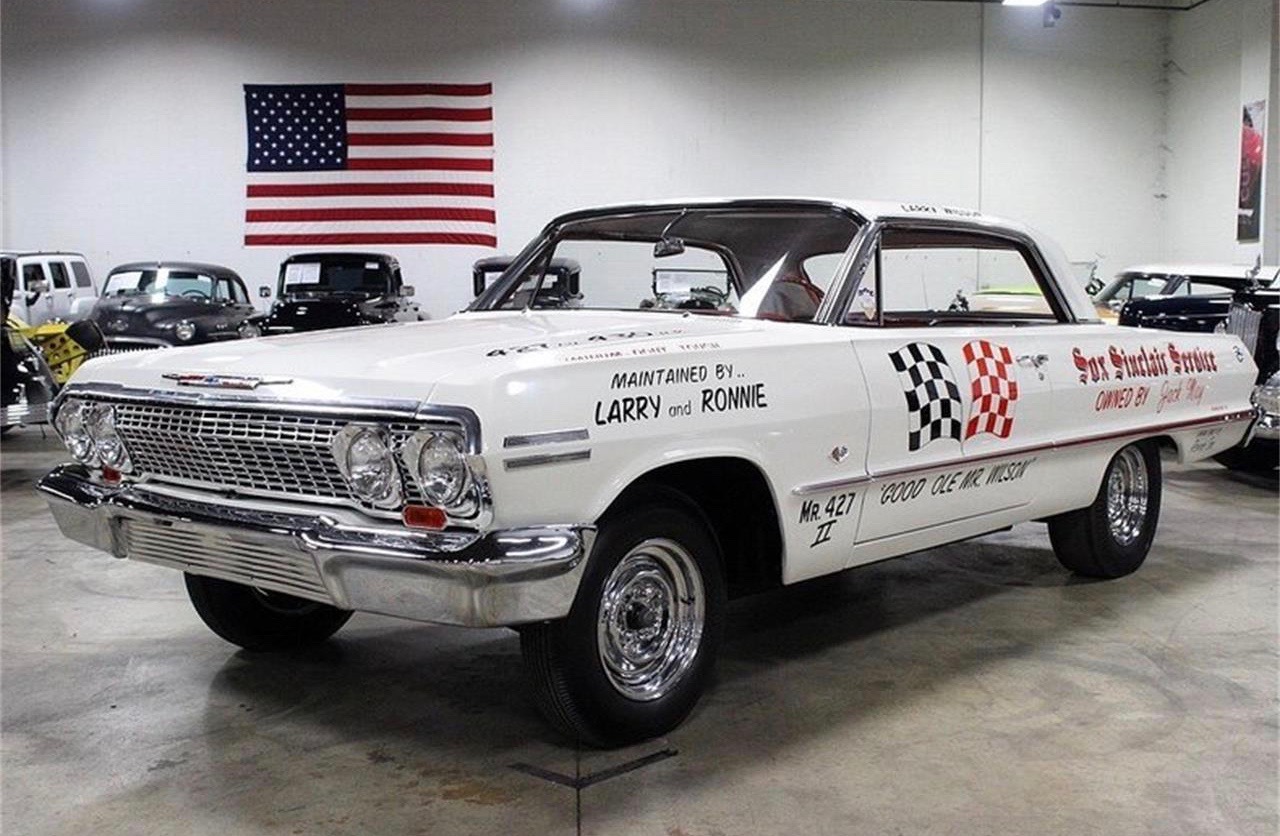 Before the dawn of the muscle car era, Detroit automakers were packaging their largest engines in their full-size vehicles in a “win on Sunday, sell on Monday” sales effort that involved everything from local drag strips to NASCAR’s big oval tracks.

One of those packages was Chevrolet’s Z-11 RPO, short for regular production order, an option for those car buyers who knew which boxes to check. One of those Z-11 cars, a 1963 Chevrolet Impala, is the Pick of the Day and is being advertised on ClassicCars.com by its private owner/seller in Sterling Heights, Michigan.

“The Z-11 Impala was based on a standard 1963 Impala 2 door hardtop body with the exception of a few weight saving aluminum body parts,” the seller notes. “The hood, front fenders, front and rear bumpers including brackets were all aluminum.

“The most important feature of the ’63 Z-11 engine was a stroked crankshaft bringing the engine up to 427 CID. This displacement figure was arrived at by both NHRA and NASCAR as the legal CID limit for stock car racing. The reasoning behind this decision was that both sanctioning bodies thought the cubic inch race was getting out of hand, and the brakes needed to be applied by limiting displacement size.

“Ford was already rumored to have plans to field a 483 CID monster motor in 1963, and that was enough to spur both associations into action. A 7-liter (427.2) was decided as the most logical engine size to standardize on.

“Here’s what Hot Rod Magazine had to say about the famed Z-11: ‘Based on the standard 409 block, the Z11 plant was fitted with a stroker crank. The Z11 heads also differed from the standard W-head 409 designs, featuring large, oval intake ports that were significantly taller than the HiPo 409’s.

“Atop the engine was a two-piece aluminum intake capped with the same dual Carters used on the 409. Over those was a completely unique air cleaner which featured an ‘arm’ that plugged into the firewall (sealed by a rubber boot) that drew air from the cowl.

“ ‘The engine became available as RPO (Regular Production Order) Z11, but there was far more to a Z11 optioned Impala than just an engine swap. It was all-business and designed for drag racing. The radio and front sway bar were history. Luxuries such as sound deadener, radio and a heater were tossed. Only the ‘dog leg’ shifter and Delco electric tachometer were standard.

“ ‘An extensive list of aluminum front end components substituted standard production parts, including the hood, fenders, front and rear bumper, as well as the brackets and braces, grille brackets, a two-piece fan shroud, the grille filler panel and hood support catch. With these, the car weighed in at about three hundred pounds less than an equivalent 409-powered Impala off the production line.

“ ‘The Z11 also featured a deep sump oil pan – which looked somewhat ‘homemade’ to the untrained eye, but touted a deeper sump welded into the pan from the factory. The Z11 heads also used push rod guide plates, while the Impala rolled with sintered metallic brakes, special air scoops in the backing plates for cooling, a Borg-Warner T-10 4-speed transmission and strengthened Posi-Traction rear axle built with 4.11 gears. The result was a hugely capable car that, in the hands of Ronnie Sox, was regularly turning in low 11.20-second ET’s’.”

The seller says that the Pick of the Day is “one of a handful of survivors left today, and has undergone a several-year restoration of both body and drivetrain, using only factory parts, not reproduction pieces.” 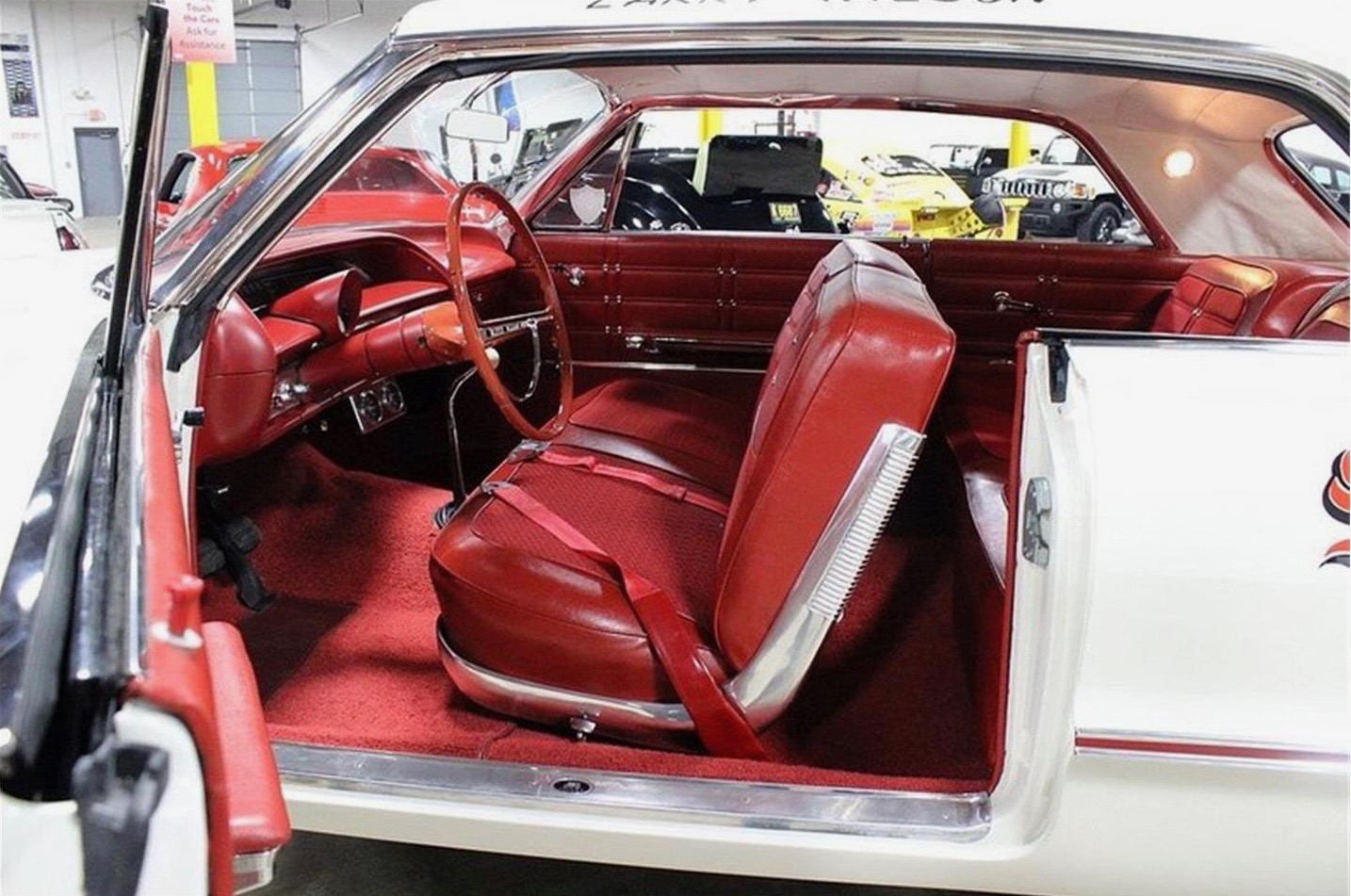 The seller says the car has racing history but doesn’t share any details in the advertisement, other than photographs of letters and magazine articles that indicate it was raced by famed drag racer Ronnie Sox, which would help to justify the $360,000 asking price.