You can learn a lot by reading ClassicCars.com, as everybody knows.  I just learned two pieces of Mopar lore of which I previously had no notion.  Although I’m sure many of you Dodge people out there already knew all about them and will mock my ignorance.

First off, I did not know that for three years, from 1961-63, a limited number of the ubiquitous 225 cid slant-6 engines were produced with cast-aluminum blocks.

I’m well familiar with the durable iron-block slant-6, having owned a 1963 Dodge Dart convertible.  These were strong and reliable engines that powered everything from compact cars to dump trucks.  They ran forever.  But aluminum?  Who knew?

The Pick of the Day is a 1964 Dodge Dart convertible powered by a performance-enhanced aluminum-block slant-6 from a 1962 model – it’s not often that you find a resto-mod with an engine transplant that’s older than the car.

“Popping the hood, we are met with polished aluminum heaven,” according to the Morgantown, Pennsylvania, dealer advertising the Dart on ClassicCars.com. “225 cubes in slant 6-cylinder form, and the aforementioned 1962 cast-aluminum block. 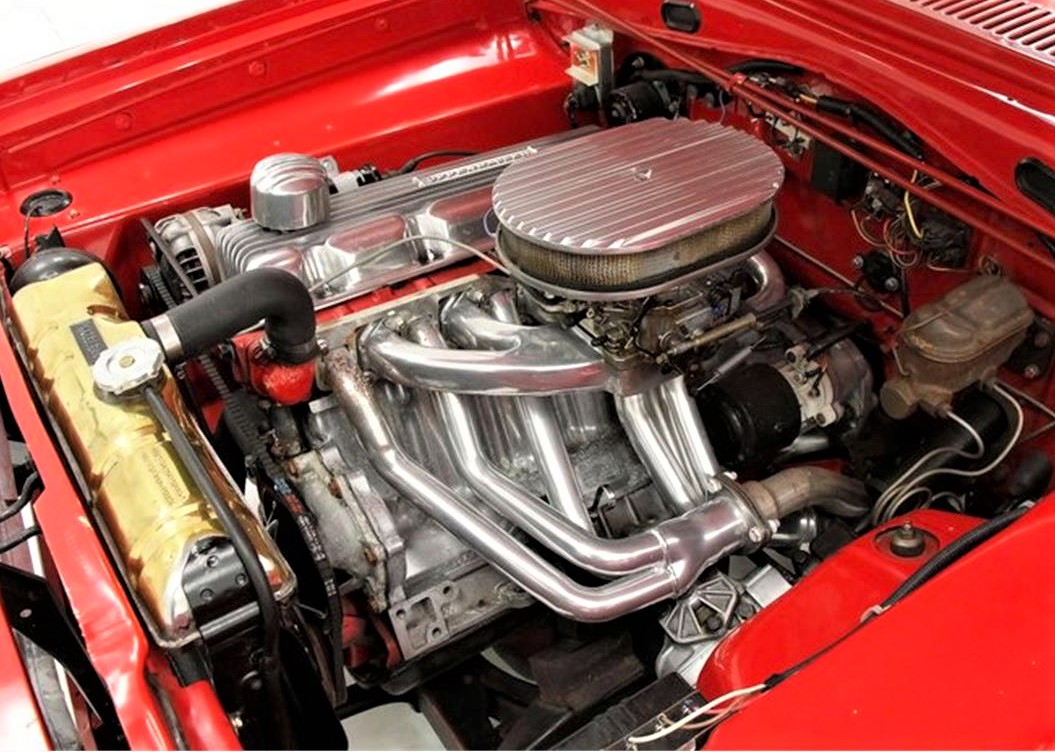 “Inside there is an Erson cam, a polished aluminum intake, and an Edelbrock 500 CFM 4-barrel carb to feed the slanter. Also, of note the large intake valves and the head have been ported and smoothed. An A833 4-speed with overdrive manual transmission is bolted to the back.

“Polished Jack Clifford headers wind their way past the intakes and form a neat bundle before exiting out to the 2-1/2″ pipes and hi flow mufflers.”

The Dodge does look spectacular under the hood, especially with those two beefy headers gathering the front three cylinders and the rear three, and flowing into a dual exhaust.  The seller says it runs great.

The Dodge Dart convertible in dark red with black trim appears to be in nice overall condition.  The seller advises that there are “a few faults throughout,” but the paint and chrome appear shiny and show well.

The top and interior look to be in great shape, as the seller notes.

“Simply elegantly done, this interior is pristine,” the ad says. “Front buckets in black vinyl have inner horizontal ribbing with smooth outer bolsters. White piping and a perfectly preserved Fratzog also in white is seen in the middle of each seat back.”

Fratzog.  That’s the other thing I did not know about.  Sure, I’ve seen the emblem many times, but never knew it had such a funky name.

“A fractured deltoid shape commonly compared to a rocket or triangle, was named the Fratzog,” the seller relates. “If you’re wondering what that word means (it sounds German, doesn’t it?), it’s totally meaningless. The designer made up the gibberish term due to being obligated to come up with a name. There are still many conspiracy theories about it …” 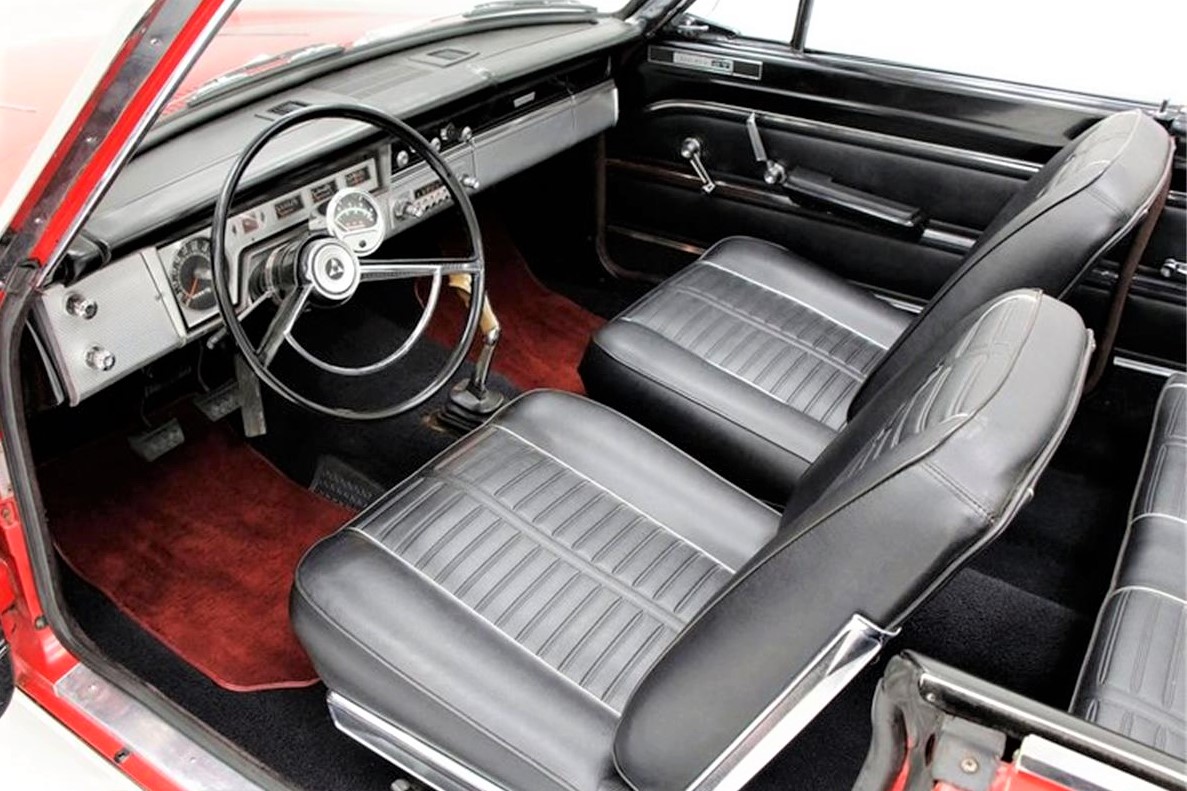 The seller goes on about the interior:

“Between the buckets is a wood-topped Mopar pistol-grip shifter, which sits proudly in a sea of very clean black carpeting. A look to the dash and we see the true-to-1964 restored dash, in beautiful black steel and horizontal ribbed aluminum front. A vintage Sun Tach is mounted to the column right behind the original steering wheel.

“Lest I forget, the trunk deserves a word, with perfect interior red paint, and the checked vinyl liner straight and flat.”

This Dodge Dart with its tuned aluminum slant-6 and 4-speed manual is an unusual find, especially is this condition, so the asking price of $19,900 seems modest.