Matt Soppa has created what many thought Ford was going to do: Produce a four-door Mustang. The Wisconsin native transplanted into the Arizona desert bought a totaled but running  2016 Ford Fusion at auction in 2018, partly because he thought the exterior design reminded him of an Aston Martin.

Not to be mistaken for the run of the mill engine swap, Soppa purpose built this car for drifting, which meant it needed to be rear-wheel drive.  Available Ford Fusions in the US came in all-wheel and front-wheel drive options only.

“Ford doesn’t offer a four-door V8 powered sedan and I couldn’t import a Ford Falcon from Australia either.” Soppa said.  “It (Fusion) had aggressive looks and after Coyote swapping my 1990 Fox body Mustang, I felt comfortable pursuing this project to have my own four-door V8 powered drift car.”

To make sure, he purchased the independent rear suspension from a 2015 Mustang and tested the fitment with the Ford Fusion. The front mounting points from the Mustang rear subframe required an adapter but the rear mounting points bolted into the Fusion without any modifications. Soppa then took the 5.0-liter Coyote V8 from a 2016 Mustang GT and replaced the factory 2.5-liter engine the Fusion came with.

Soppa started drifting in a 2005 Ford Mustang but after nearly making friends with a concrete barrier at a track during a local drift event, he decided a less-expensive chassis might be a better way to work on his driving skills. That led to a 1990 Fox-body Mustang.

But the 4.6-liter V8 didn’t last long and that triggered the installation of a modern Coyote powerplant. But five years later, Soppa decided to pursue his “stupid idea.”  Soppa competed in his Coyote swapped Mustang for five years before getting elbows deep into this Mustang swapped Fusion project.

“A big inspiration and mentor on the project has been Formula Drift Pro1 driver Justin Pawlak, who is no stranger to all things Mustang,” Soppa said.

“Pawlak runs the Hot Line Garage that offers many drift-spec parts for the Mustang chassis. Justin has been supportive of the idea since Day One even when others didn’t understand,” Soppa added. “While offering advice when he could, he pushed me to figure out as much as I could on my own.”

When the project began, Soppa noted that most didn’t understand why he was choosing to go through all the effort to make the RWD Ford Fusion.  Why not just buy a Mustang with a V8 already in it?

“I did it because I thought it was the right thing to do,” Soppa stated. “The Fusion deserved to be RWD to match its Aston Martin exterior styling.  I’ve always liked the front end design of this generation Fusion prior to seeing the newest generation of Mustang.”

Almost all of the build was done in his garage and by his own hands.  Roll cage and some fabrication work were the only things that Soppa didn’t do himself due to the lack of knowledge and tools at the time.  Throughout his build documented on his YouTube channel, Soppa not only built the car but built up his skills.

“I’m humbled by all of the attention this crazy project of mine has been getting,” he said. “I honestly just did what I thought was right for the chassis in the comfort of my own garage.  There was no deadline, but here we are a little over a year later with a fully functional drift car.  From scrapyard to burnyard.” 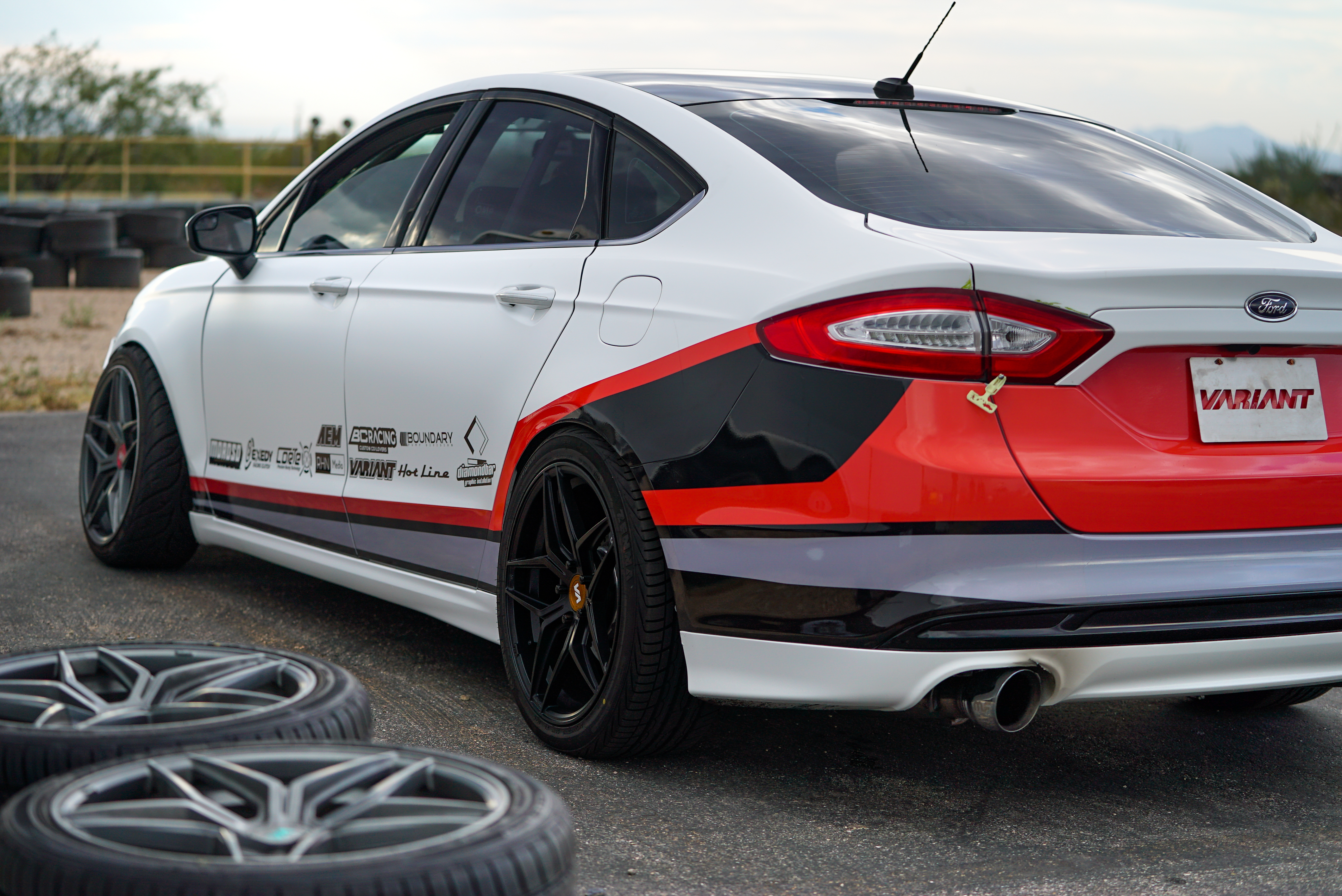