With classic car prices still quite high, a comment that I hear often enough is that there are no more entry-level collector cars, those that can be bought for less than $10,000.

Sure, there are some of the more-pedestrian varieties or that are in bad shape, but for a good sports car in decent condition, many people feel priced out of the market.

But there is at least one classic sports car that is still quite affordable, under 10k, and which offers both captivating styling and serious performance. That car is the C4 Corvette, the fourth generation of Chevrolet’s fiberglass roadster. 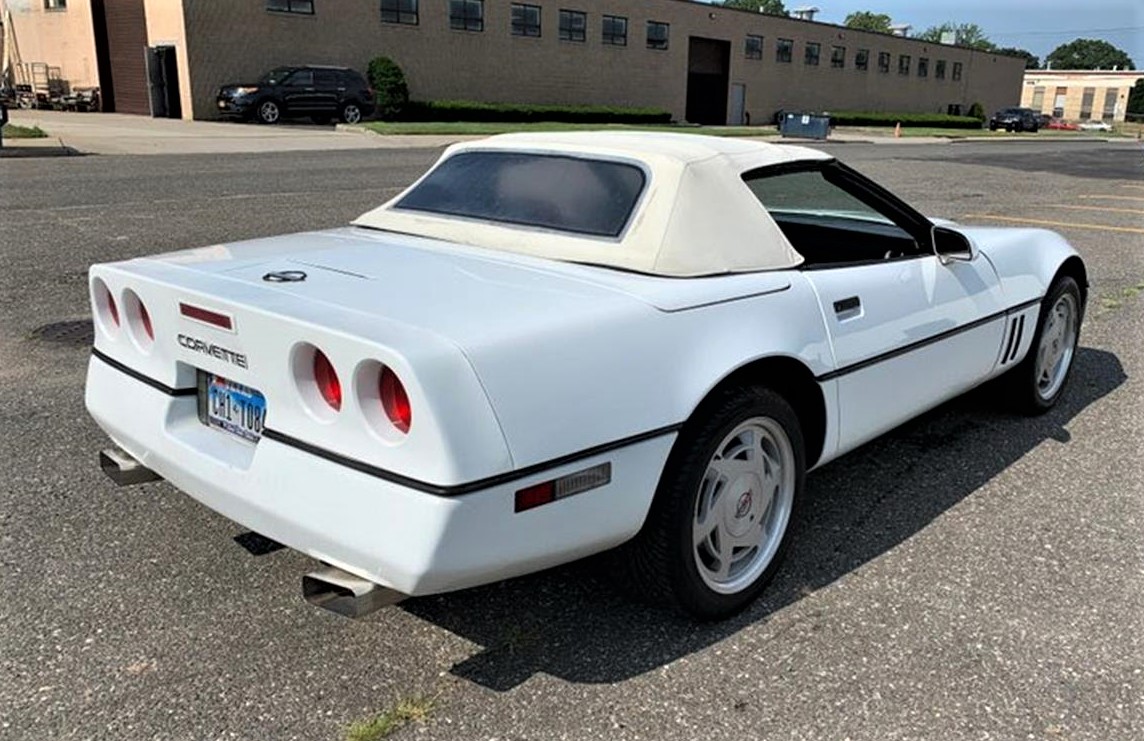 The Pick of the Day is a 1989 Chevrolet Corvette convertible finished in White with a red leather interior and white convertible top, advertised on ClassicCars.com by a dealer in West Babylon, New York.

In 1984, the C4 Corvette was the first complete redesign of the model since 1963. If featured a new chassis, body, and after 1984, a new V8 engine as well. The new C4 was still unmistakably a Corvette but with a higher-end interior, a classy body style with a dramatic clamshell hood like the Jaguar E-type, and a chassis that made the car capable of achieving more than 1.0G during skidpad tests, depending on the suspension option  chosen. 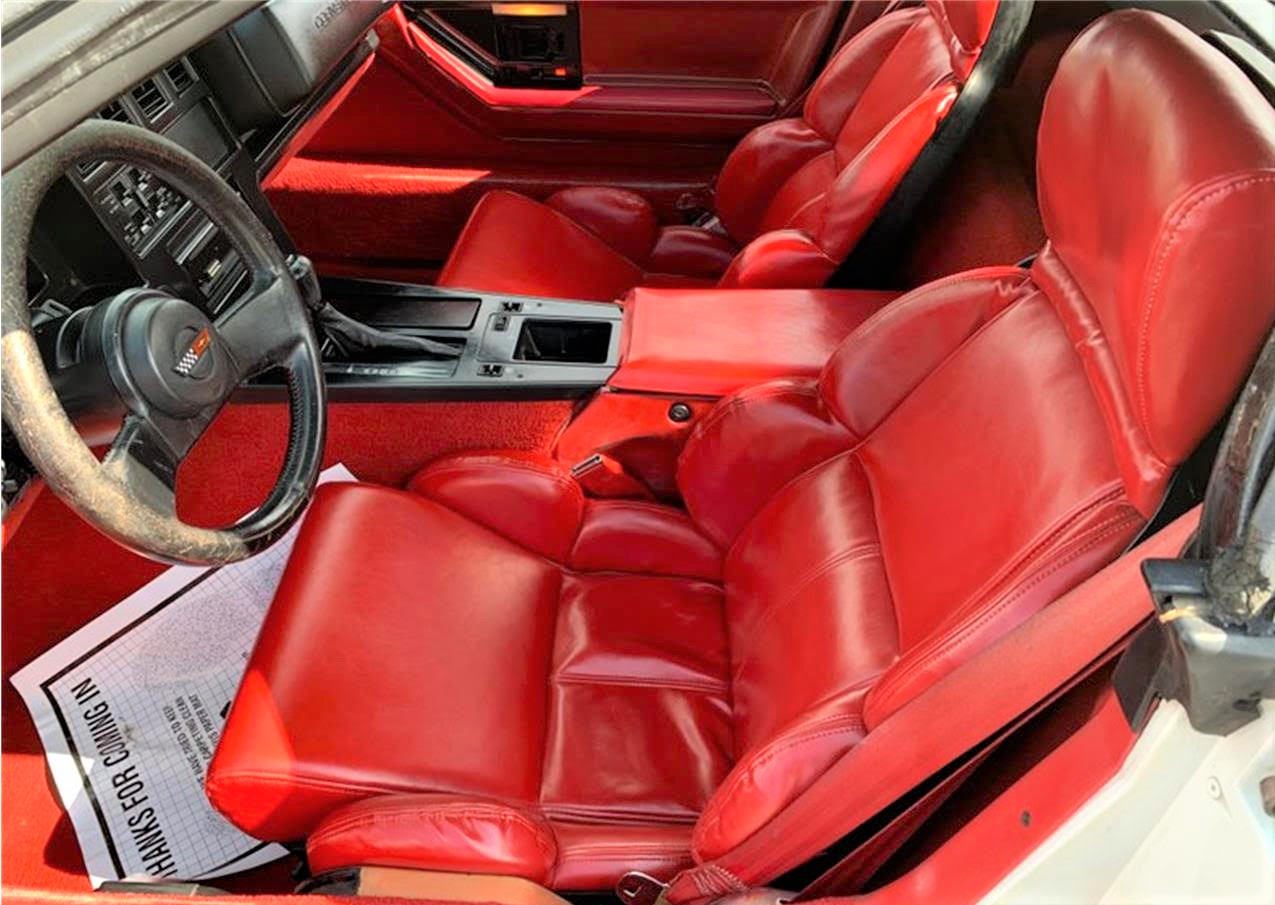 The interior had the first ergonomically designed seats in a Corvette and a nifty digital dash that looked like it came from the Space Shuttle. It also featured a Bose stereo, making it the first Corvette offered from the factory with a truly exceptional audio system.

According to the seller, this Corvette has 87,000 original miles and is equipped with an L98 engine and automatic transmission. 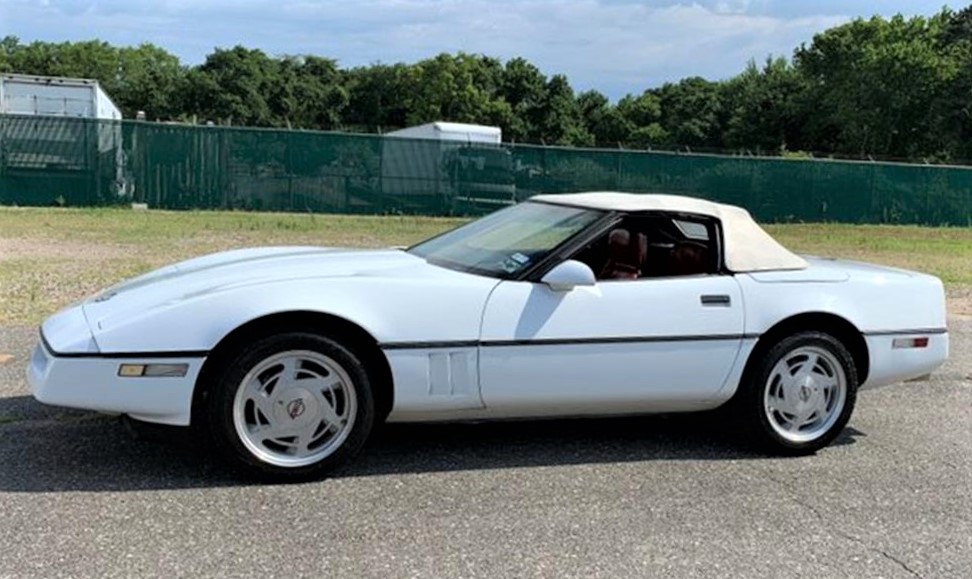 The red leather interior looks in the pictures with the ad to be in great condition, and the car still has its original alloy wheels with correct tires, which have covered only about 5,000 miles, the seller says

These C4 Corvettes were among the best handling cars of the time and were also quite quick for the 1980s. The straight-line performance was a 0 to 60 mph in 5.8 seconds, a 0 to 100 mph time of 16.2 seconds, a quarter-mile time of 14.4 sec and a top speed of 142 mph. Not bad for a car with an automatic built during that era of marginal performance. 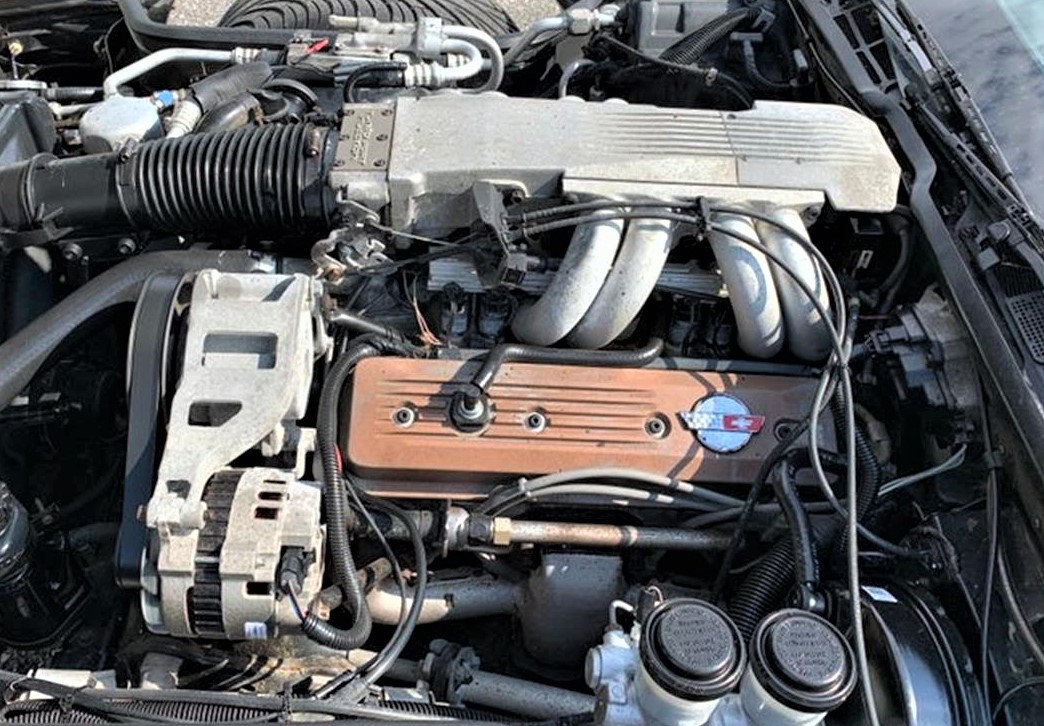 The most surprising thing about these Corvettes is how inexpensively one can acquire a good example like this.  This car has an asking price of just $7,995, making it possibly the best classic sports car bargain on the market.

Pick of the Day: 1996 Chevrolet Corvette from the C4’s final year