Ferrari 308 GT4 was its first with mid-engine V8 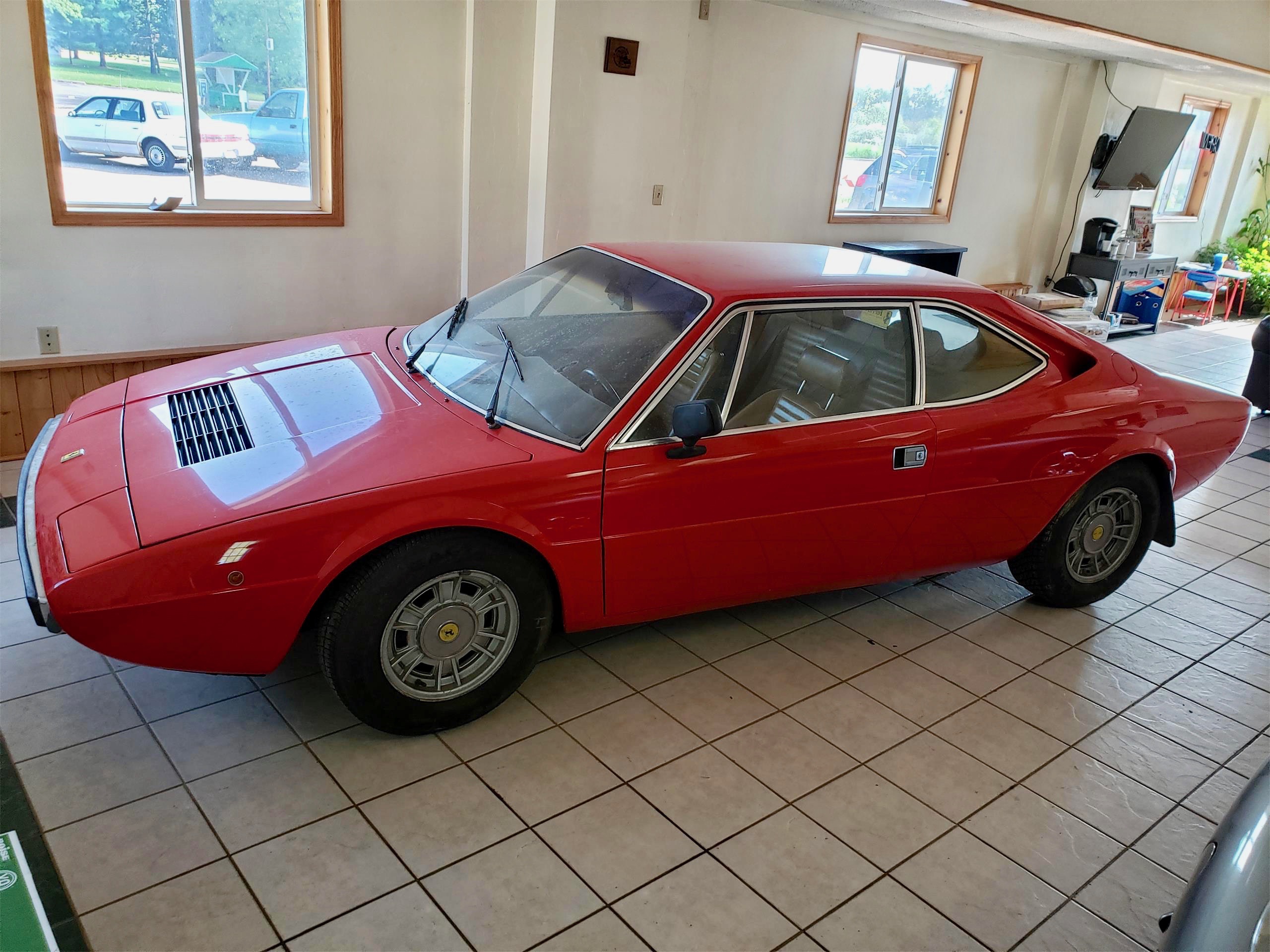 Wikipedia reports that Elvis Presley, Adam West and Gordon Murray each owned a Ferrari 308 GT4, so the next owner of the Pick of the Day would seem to be joining interesting company.

And not a typical Ferrari at that. 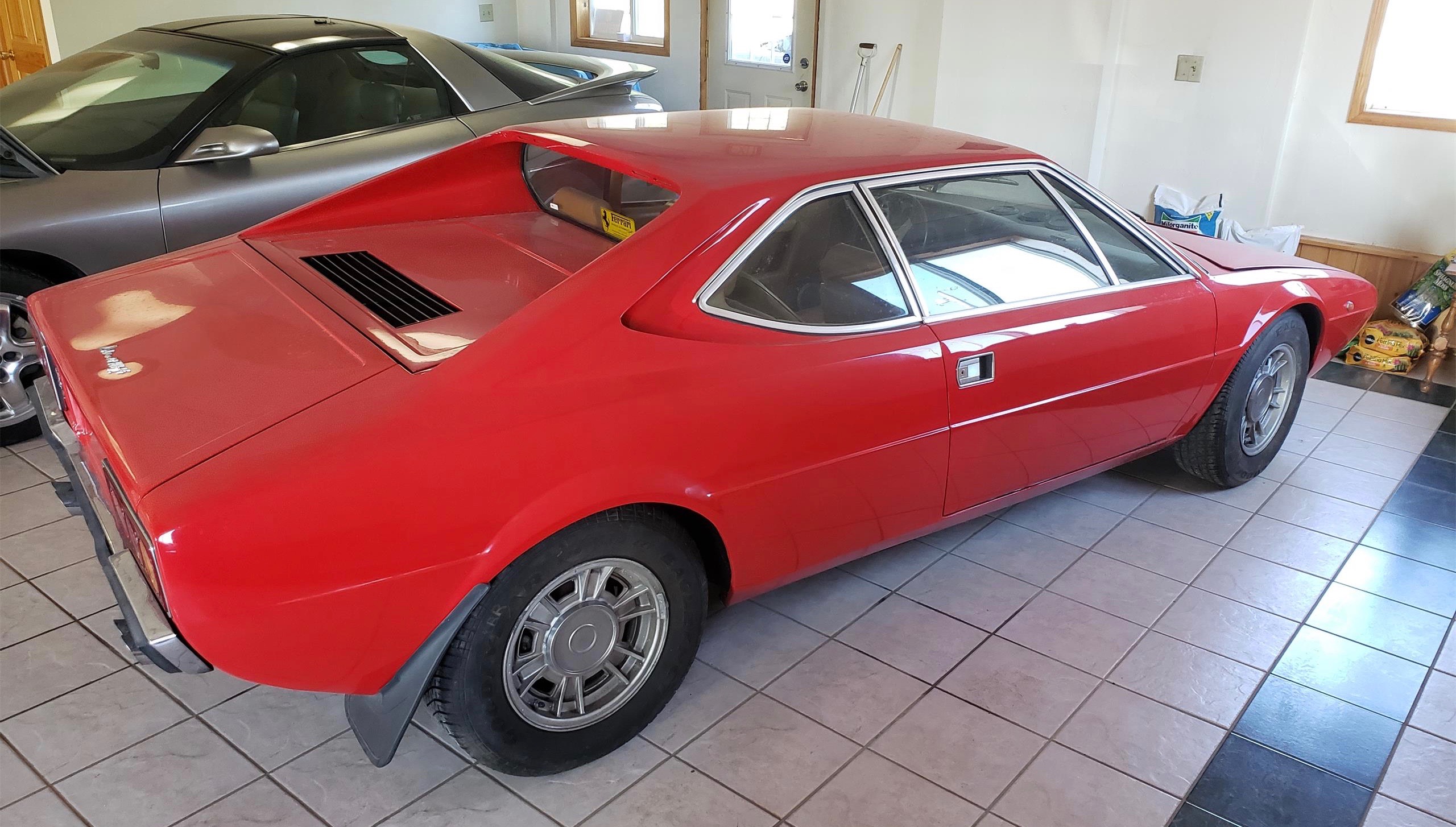 The 308 was Ferrari’s first car with a mid-engine V8 and also its first production car designed by Bertone rather than Pininfarina.

The bulging design was done by Marcello Gandini, though reportedly with much input from Enzo Ferrari himself. 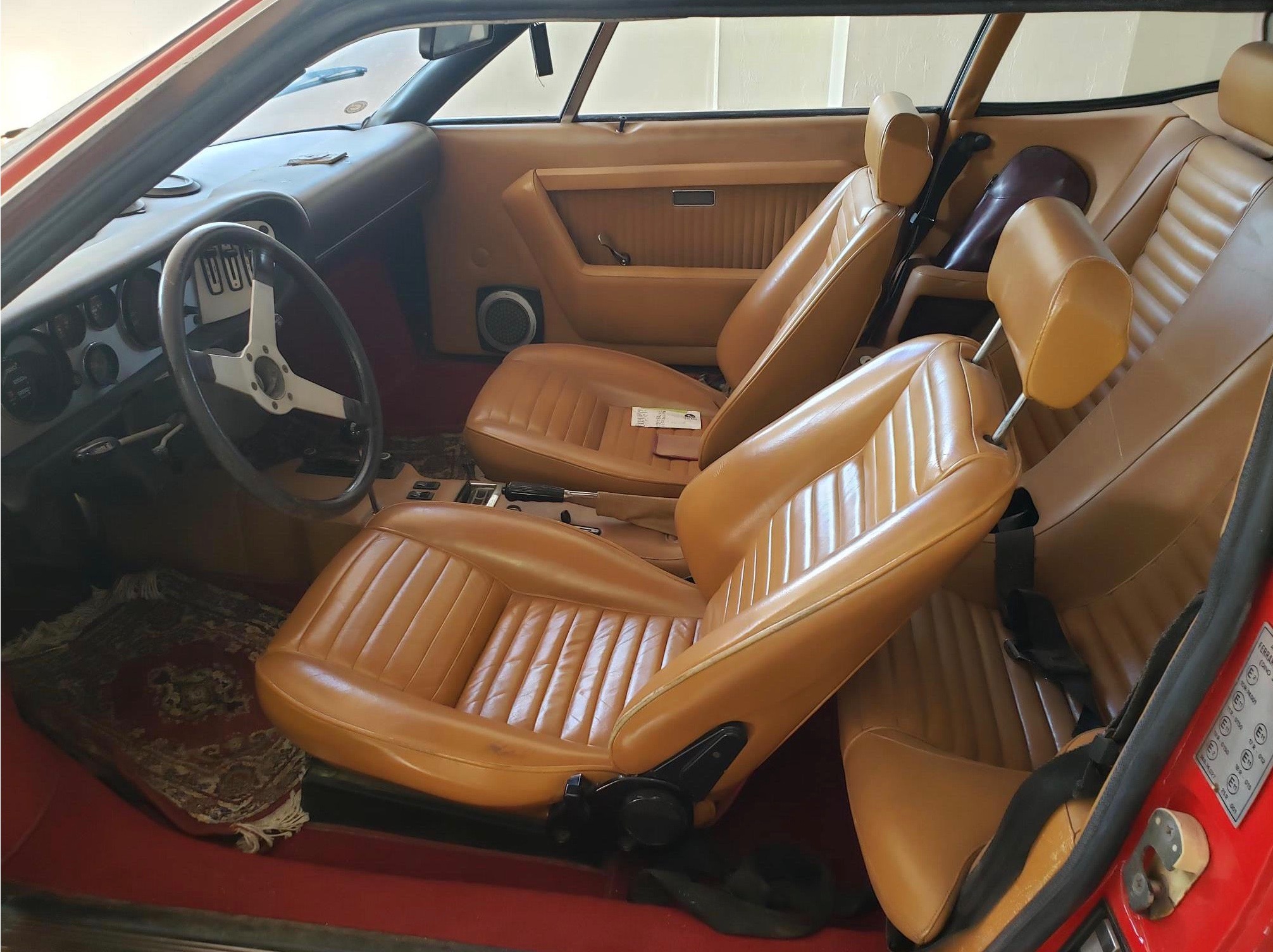 “When I purchased the (car) from Dr. Paul Kuhn (representing Ebb Tide Management), Dr. Kuhn provided the technical assessments of the vehicle from June 1986 through August, 2002,” the seller reports. “He also provided a statement that the 100 000 km service update included new clutch and fly wheel and leather seats.

“Dr. Kuhn said the vehicle was inspected and serviced quarterly and the cam drive belts were replaced every 30,000 km (20,000 mi during the 24-years he operated the vehicle).

After buying the Ferrari, the seller kept it in a heated garage beneath his apartment in Rienhen, Switzerland, until bringing it to the U.S. in 2004. Since its arrival in Wisconsin, it has been housed in the showroom of the Beversdorf Garage in Wittenberg, “where it remains to date.” 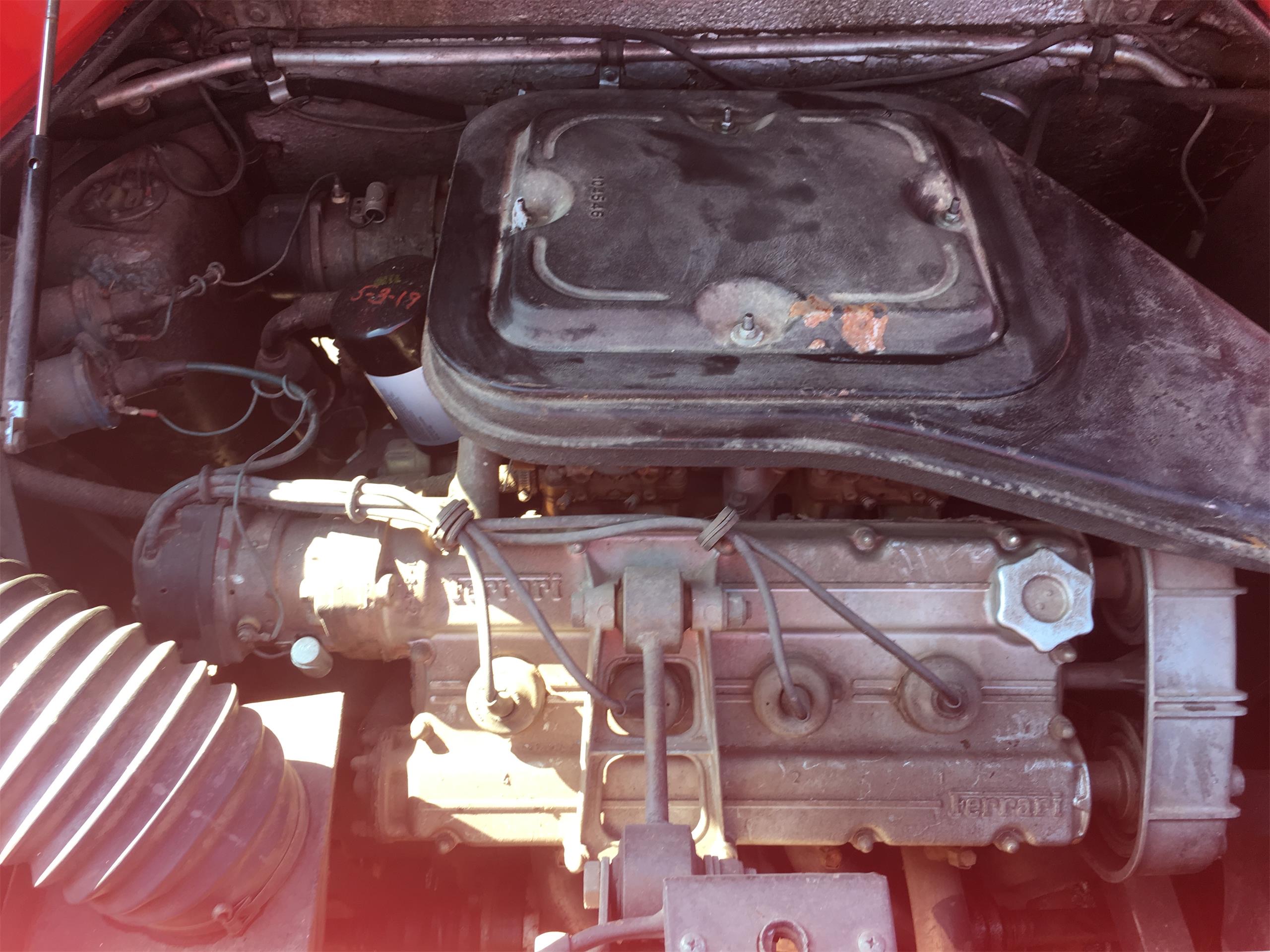 “The car has been driven infrequently since it was relocated to the USA in 2004 (a couple miles once per quarter to maintain seals and bearings) with associated routine maintenance handled by Beversdorf Garage,” the seller says.

The 308 GT4s were produced with a V8 displacing 3.0-liters and providing 255 horsepower and were linked to a 5-speed manual transmission.