The 1961 Cooper Climax T55 “Slimline” race car driven by Jack Brabham will be offered for bidding at the Bonhams auction at the Goodwood Revival in England on September 14, with proceeds from the sale benefitting the Race Against Dementia charity founded by another Formula 1 racing champion, Jackie Stewart.

The car was one of two such racers produced by the Cooper team for the 1961 season. The other was driven by Brabham’s teammate, Bruce McLaren. Brabham led a 1-2 finish by the cars in its debut, the Aintree 200. Brabham later drove the car in the Tasman Series in Australia and New Zealand.

Bonhams notes that the T55 “was an intermediate design, created to meet that year’s new Grand Prix regulations introducing a smaller 1.5-liter engine.

“The Cooper works team, which had achieved back-to-back Drivers’ World Championship titles with Brabham in 1959 and 1960, suffered from delays to delivery of their new 1.5-liter Formula engines and had to use the lower-powered Formula 2 4-cylinder units. To compensate, team boss John Cooper, chief designer Owen Maddock and Brabham himself designed a ‘slimline’ version of their championship-winning 1960 car.”

The 1961 season would be dominated by Ferrari with its “shark-nose” V6-powered cars.

After the 1961 season, the ex-Brabham Cooper T55 was sold to John Youl, who raced it through 1964. A later owner, Peter Livanos, had the car restored and then donated it to Stewart’s charity.

Stewart is quoted in Bonhams announcement: “The Cooper Climate T55 is a beautiful machine, that any collector can be seriously privileged to own. 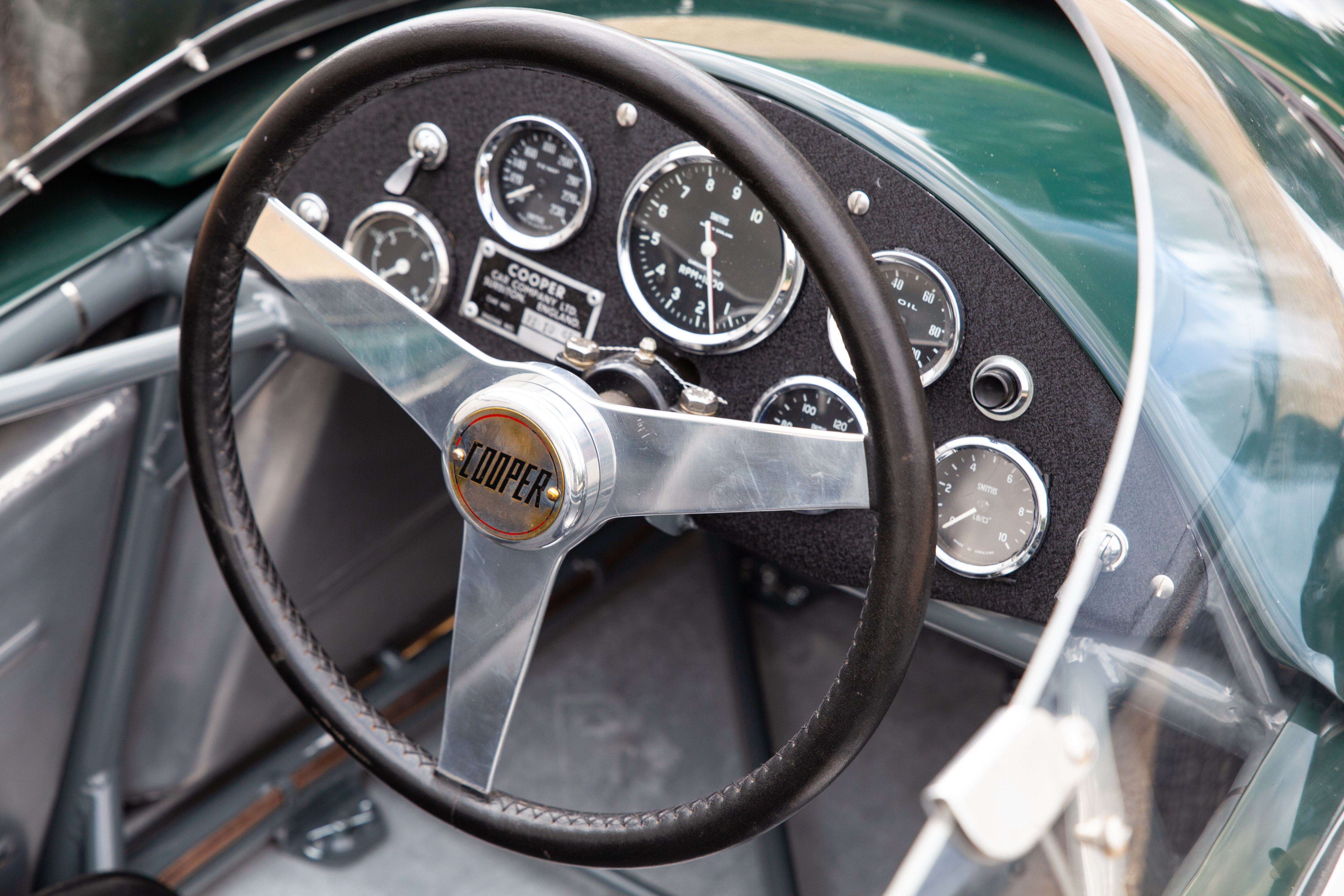 “Early Coopers revolutionized Formula 1 motor racing. Charles Cooper and John Cooper created a new wave of technology. Jack Brabham at the time was one of the greatest drivers and demonstrated his skills successfully on this car.”

Stewart drove a Cooper Monaco sports racer in 1964 for Ecurie Ecosse, winning six races in a row and earning a spot on Ken Tyrrell’s Formula 3 team.