After going bleary-eyed from all the million-dollar exotics spotted during Monterey Car Week, I was relieved to encounter this fine piece of British artistry offered at a fairly reasonable price.

The Pick of the Day is a 1990 Lotus Esprit Turbo SE coupe, black on black, said to be a one-owner car driven only 14,965 miles.  Quite a find, really, for the many fans of this esteemed British marque. 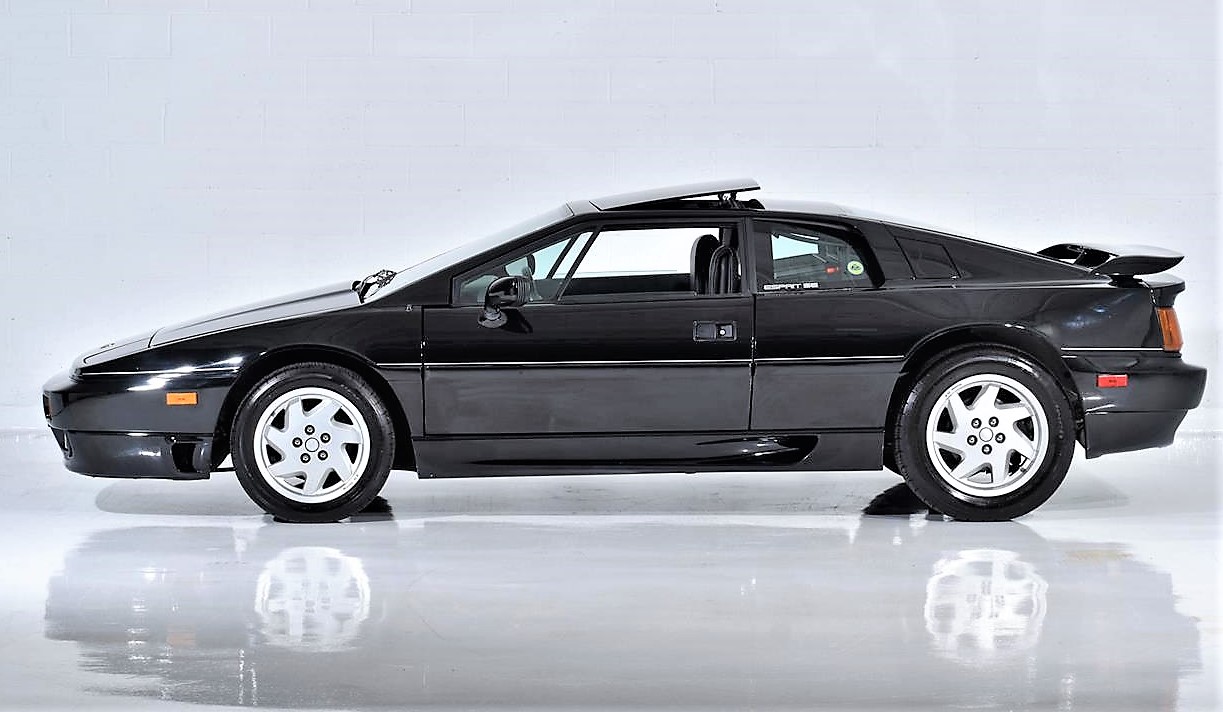 Powered by one of Lotus’s sweet 2.2-liter inline-4 engines, turbocharged to achieve 264 horsepower, or 280 on “overboost,” the sleek fiberglass wedge can do zero to 60 in 4.7 seconds with a top speed of 160 mph, according to the Farmington, New York, dealer advertising the Lotus on ClassicCars.com.

The mid-engine Esprit is quite an exciting car, one of which I enjoyed for a weeklong new-car road test back in the day, with sparkling acceleration and exceptional handling.  It compared quite well with the more-famous Italian exotic sports cars at the time, and I hated to give it back. 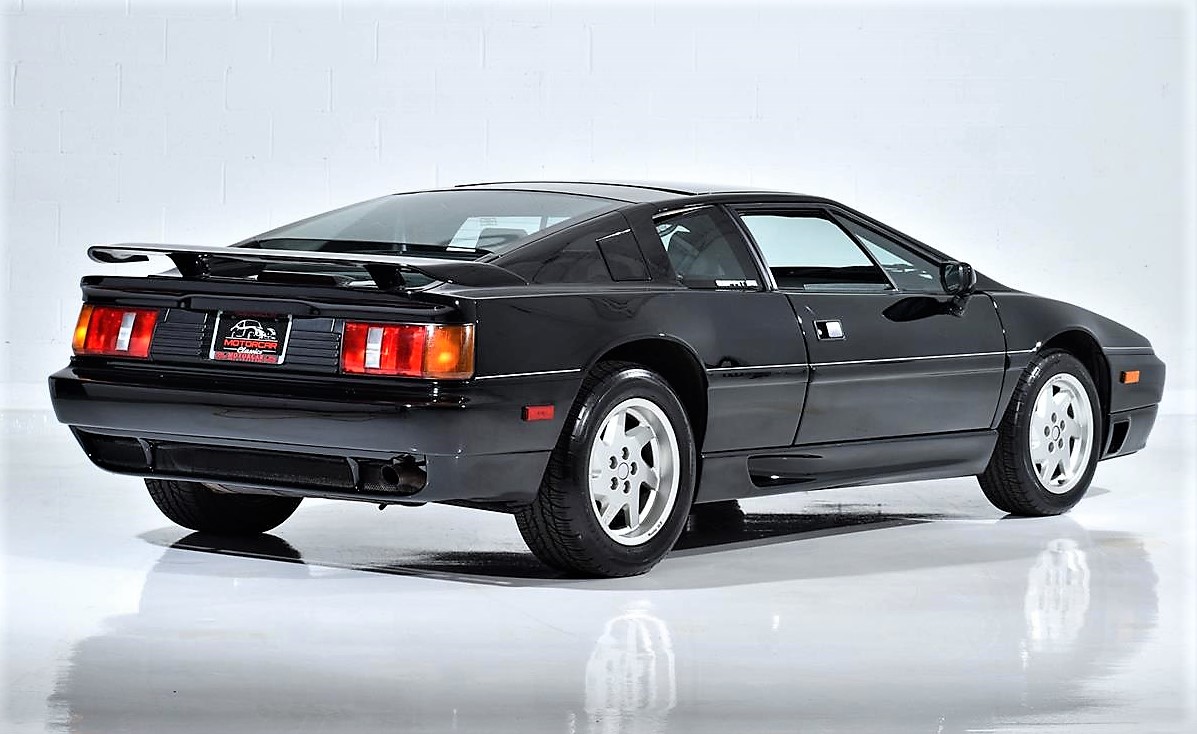 “This is a local car that has covered only 14,965 miles in the hands of one owner,” the seller says in the ad. “It has a clean Carfax and it looks and drives like a nearly new car.”

The styling was done by the great Giorgetto Giugiaro of Italy, whose Silver Car concept was first shown in 1972.  The Lotus Esprit debuted in 1976 and remained in production through 2004. 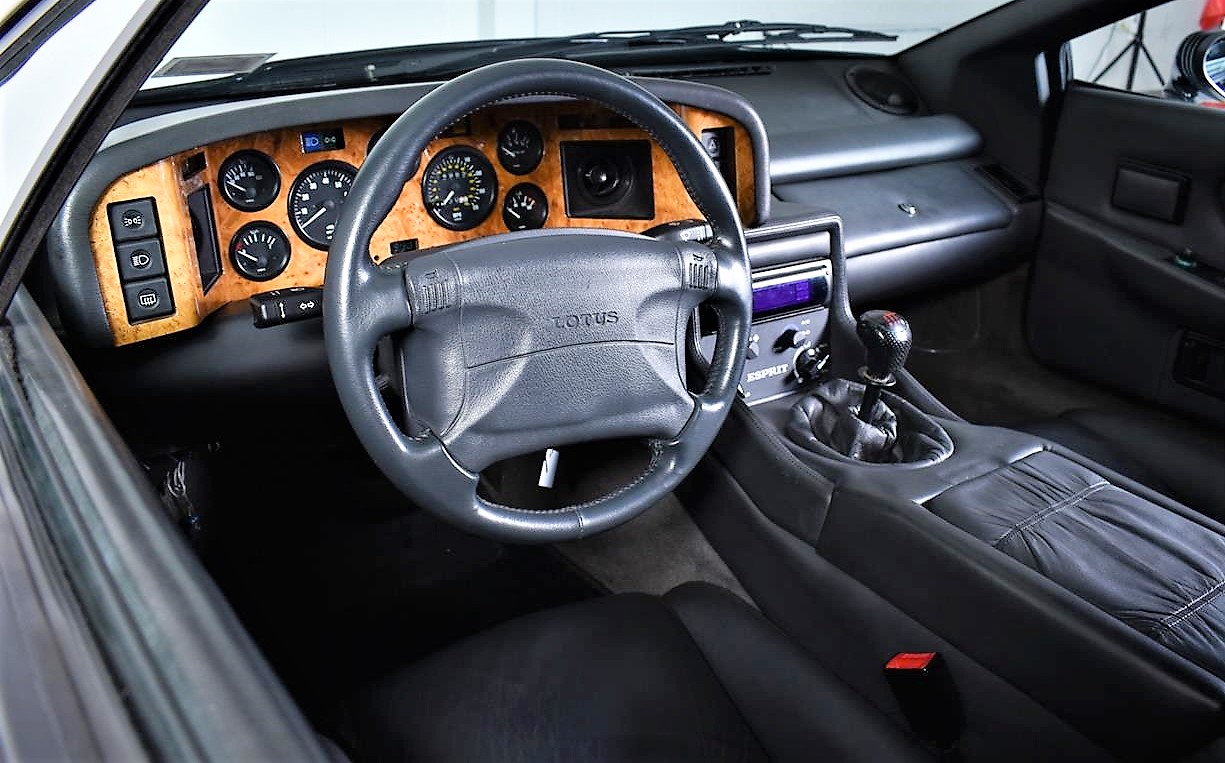 “The Esprit is a thrill to drive and is still a great value compared to its contemporary German and Italian rivals,” the seller notes.

The very-low-mileage, one-owner Esprit is priced at $39,900, even though it looks like a million bucks.