Want to turn heads at Monterey next year? 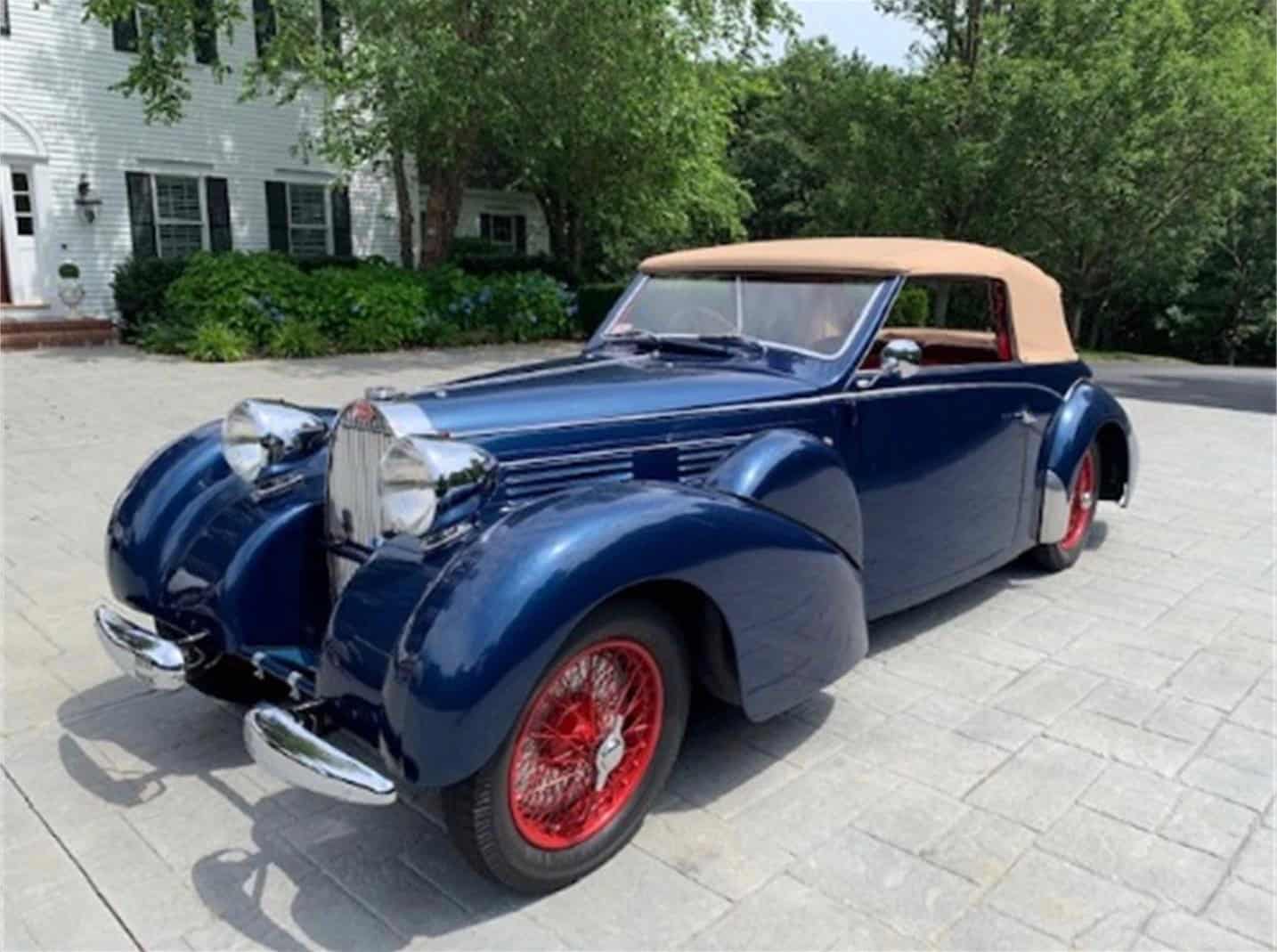 So, you want to show up at Monterey Car Week 2020 and turn some heads, the Pick of the Day certainly figures to present you in style. It’s a 1939 Bugatti Type 57 Stelvio with coachwork by Gangloff and is being advertised on ClassicCars.com by a dealer in Astoria, New York.

“Chassis 57741 is a late production example delivered from the factory in April of 1939,” the dealer notes.

“A gorgeous example that is well documented and has been meticulously maintained by its previous owner. This rare and highly coveted motorcar is matching numbers and is all correct with no stories.

“Blue with red wheels and interior. A professionally restored car that’s absolutely stunning, this Type 57 is in excellent condition both cosmetically and mechanically. It retains virtually all of its original parts and its engine, clutch, and ancillary parts have all been rebuilt. Superb paint, chrome, and upholstery. Meticulously maintained by its previous owner and offered with wonderful history…”

Sadly, the dealer doesn’t share that history in the advertisement, nor does the ad include photos of the car with its convertible top down.

Instead, we are told the car is “A supremely sophisticated and attractive machine that is perhaps the quintessential Bugatti road car.” 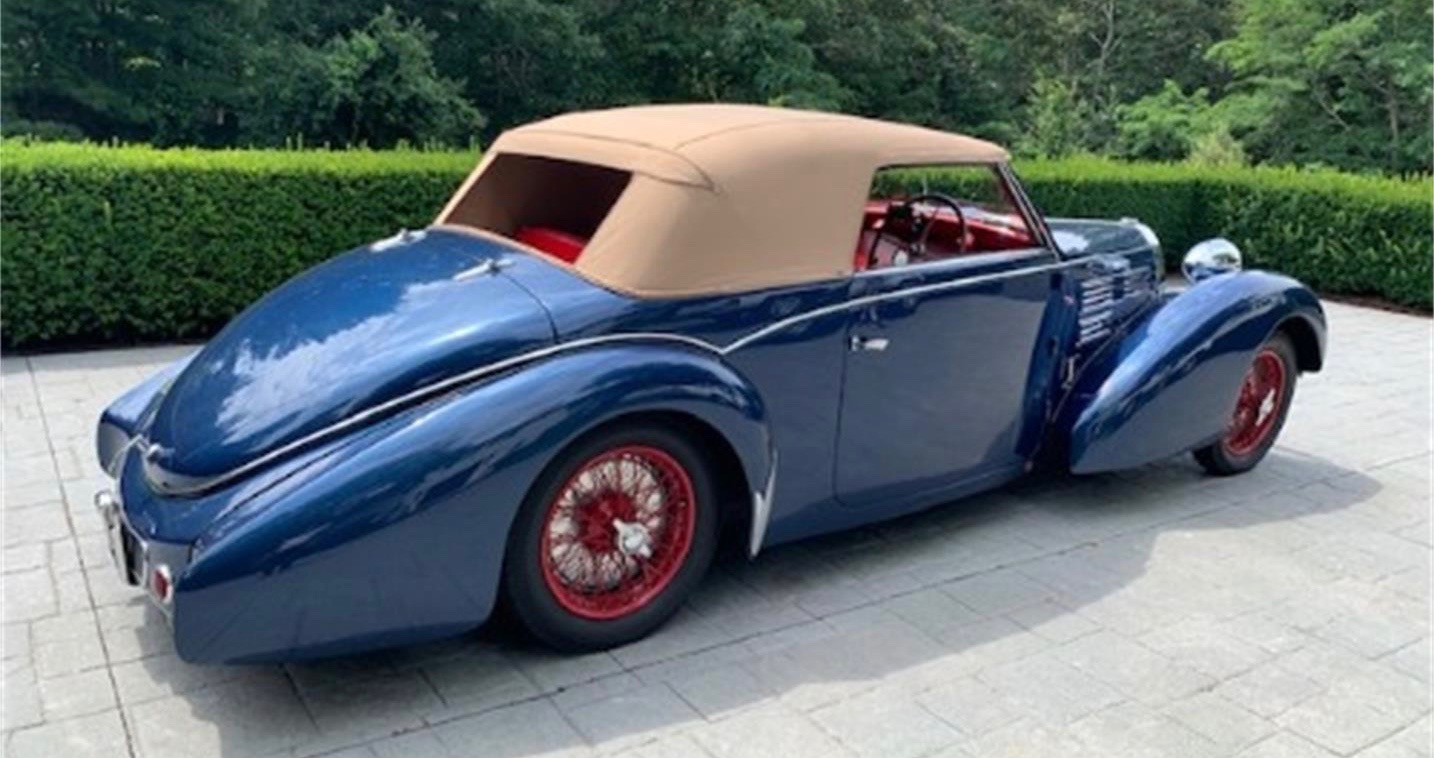 The Pick of the Day’s body was done by Carrosserie du Secheron of Geneva, Switzerland, a coachbuilding firm founded in 1830 by the Gangloff brothers. George and John Gangloff split the business in 1909, each establishing his own workshop, though John sold his business three years later while George thrived, employing around 120 people by 1914, according to the Beaulieu Encyclopedia of the Automobile.

George sold the business to key employees in the early 1930s and he focused his attention on building boats. 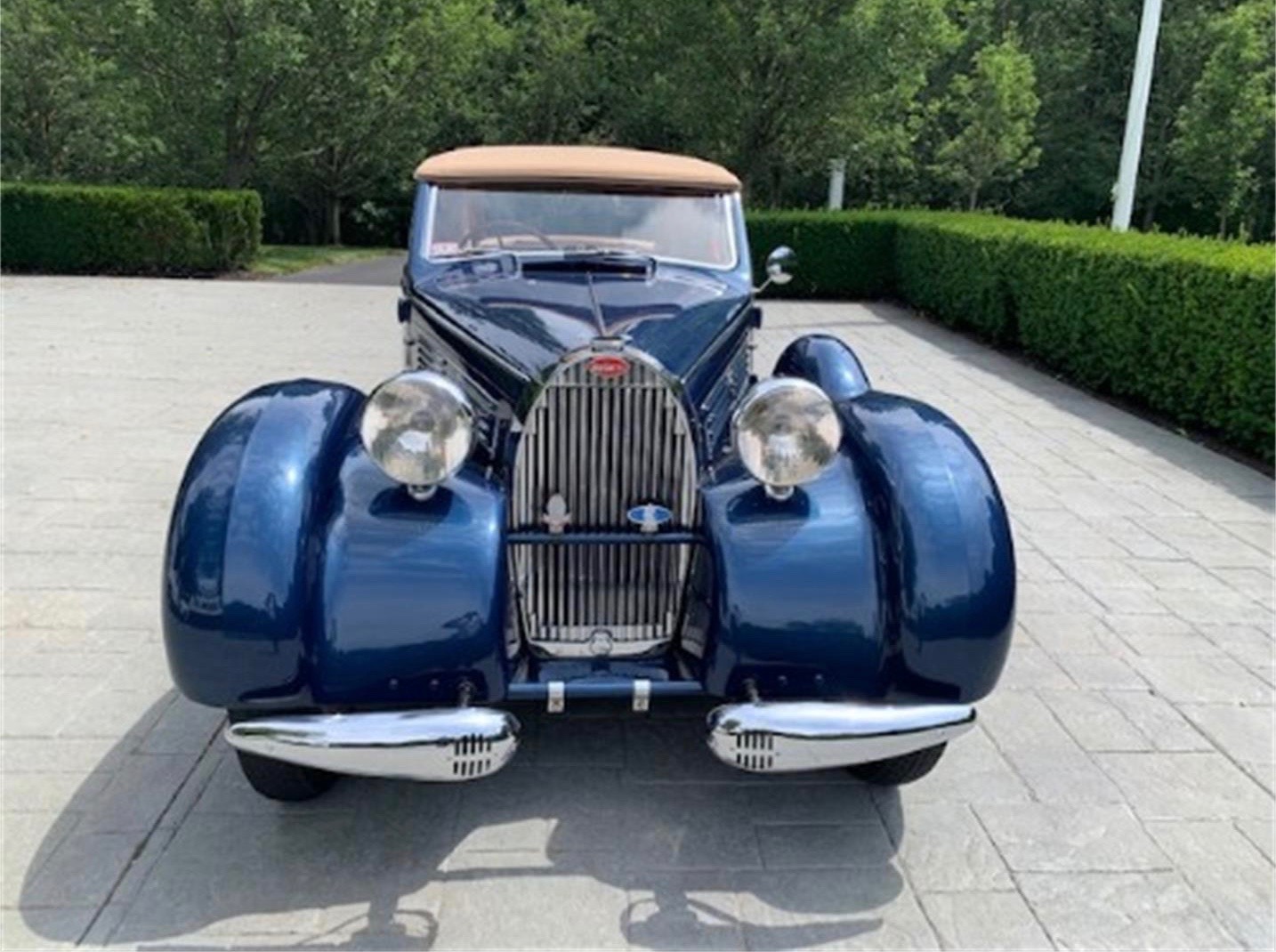