Ford made a bold gamble when it dubbed the 1969 performance Mustang as the Mach 1, which as any high school student would tell you is the speed of sound.  The problem – if you were the literal sort – was that, not surprisingly, the fastback coupe could not reach the sonic-boom speed of roughly 767 miles per hour.

But all was forgiven as the Mach 1 was found to be plenty fast enough for thrilling acceleration and competitive performance, and it became a muscle-car staple in the halcyon days of the horsepower wars. 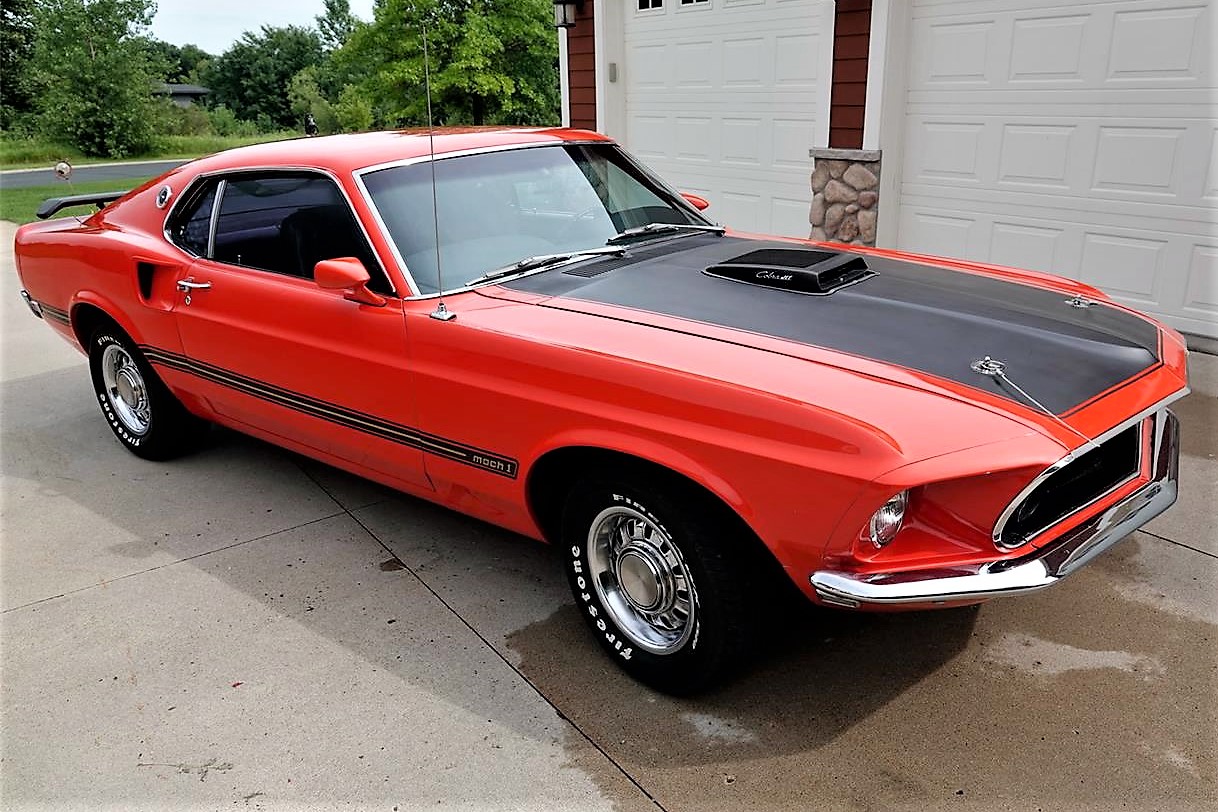 The Pick of the Day is a sharp-looking 1969 Ford Mustang Mach 1 428 Cobra Jet with an engine that generates a booming 400 horsepower and 500 pound-feet of torque, according the private seller in Prior Lake, Minnesota, advertising the fastback coupe on ClassicCars.com.

“This car came from the factory with the very desirable 428 Cobra Jet engine (‘R’ code) with ram-air shaker scoop mated with a C6 automatic transmission,” the seller says in the ad description.  “The engine and transmission were professionally rebuilt from the ground up and have less than 2,000 miles on them. 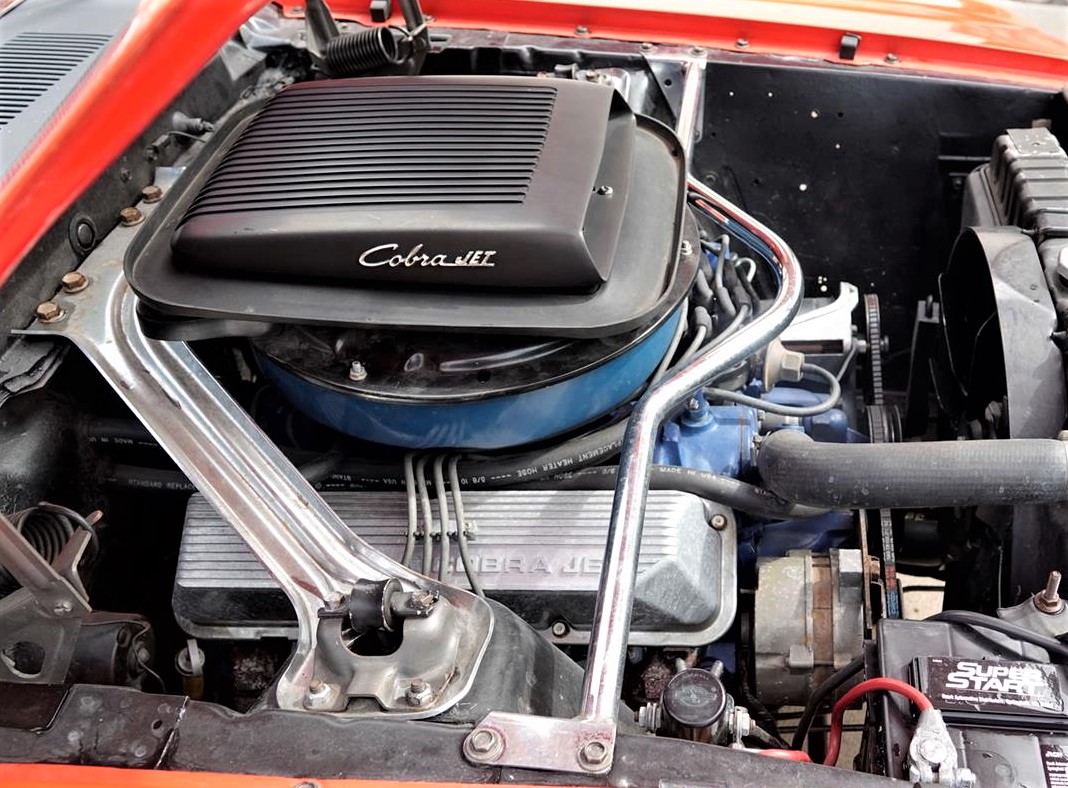 “The engine has the correct cast-iron intake header, exhaust headers, Rochester 4-barrel carb and was dyno tested and tuned to output 500lb-ft of torque and produce just over 400hp.”

To keep things under control, the car is equipped with power steering, front disc brakes and a limited-slip rear, the seller adds. 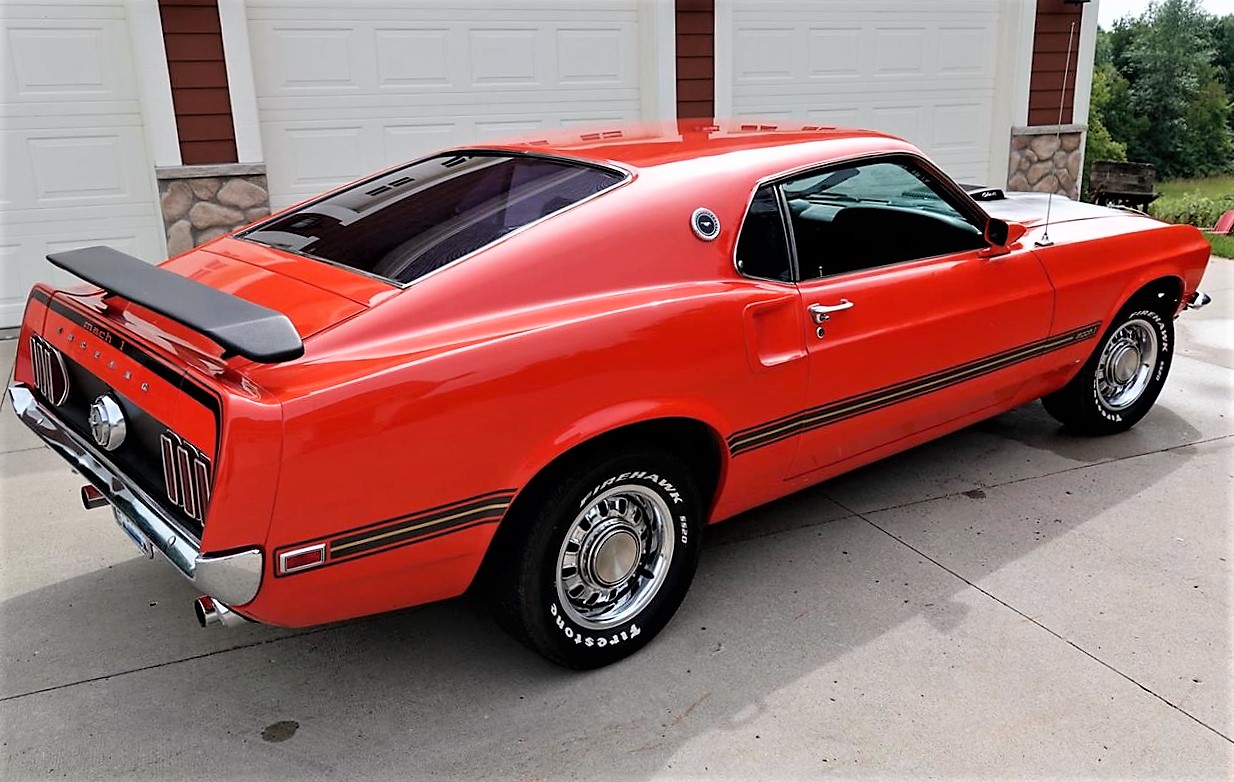 The Mustang is in “fully restored” condition, the seller adds.

“This was originally a West Coast car and has never seen road salt,” the ad notes. “The body is in amazing shape; as far as I’m aware it has no replacement sheet metal and no rust.

“The interior is in great condition with black vinyl seats with red accent inlays and black/red carpet. Even the original rim-blow steering wheel and rare center console are there.” 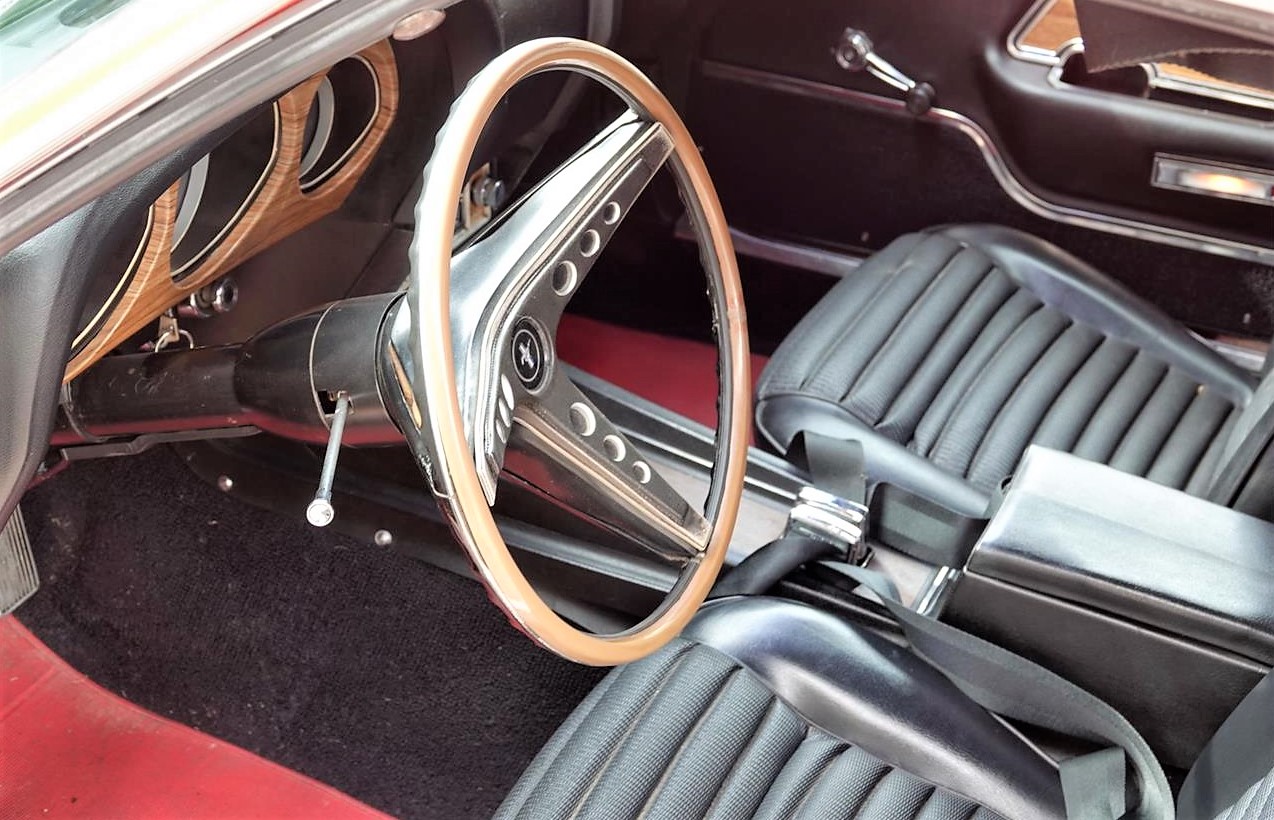 The asking price for this muscular if not supersonic Mach 1 is $46,000, or best offer.