Opel Kadetts from the 1960s in decent condition are a rare find in the U.S., the vast majority of them used up and tossed away long ago. A nice one seen at a car show these days will attract an appreciative crowd.

These basic little cars were fairly popular in their day, with perky styling that looked like a scaled-down Chevy II and good drivability, but they never achieved much collector car status. 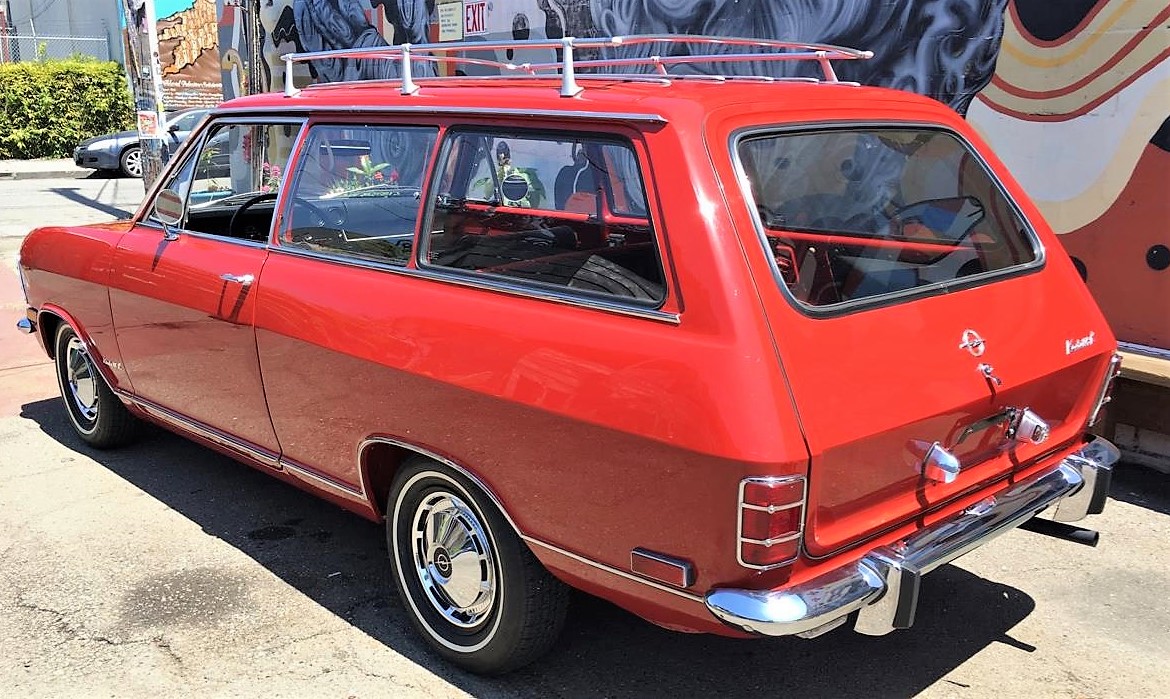 The Pick of the Day, a 1968 Opel Kadett station wagon, is a rarity not only to have survived but because it has been immaculately restored by an obvious Opel enthusiast.  As they say, whatever car that ever was will have some network of fans and a club dedicated to it.

In bright red with a black interior, this Kadett looks as if it just rolled out of the Buick-Opel dealership where it most likely was originally purchased.  Someone apparently loved this quirky car and did everything to make it like new again.  Definitely a lucky little Kadett. 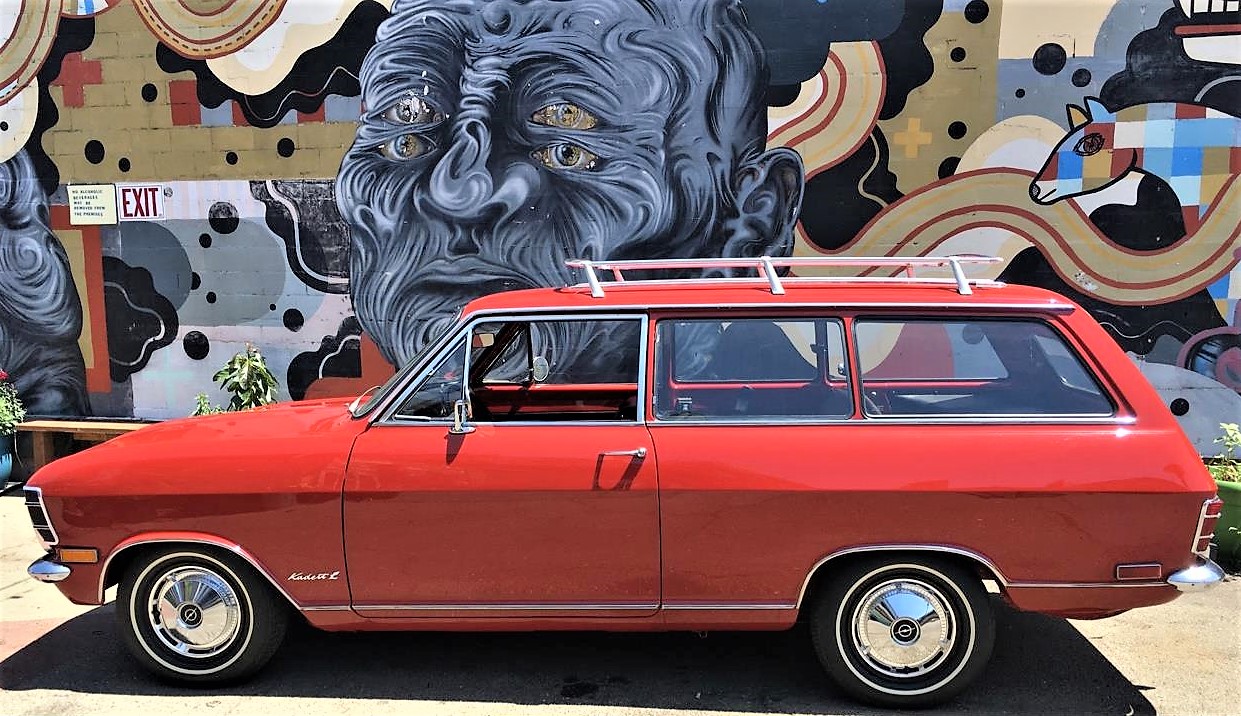 “Multiple best-in-show and first-place award winner,” touts the Oakland, California, dealer advertising the Opel on ClassicCars.com. “You won’t find a better one. Nut-and-bolt restoration to the best standard.”

The very-brief ad description is lacking in detail, so we don’t know much about the restoration, the car’s history or where it received its multitude of awards.  The paint and chrome look flawless in the photos with the ad, as does the interior.

Simple and lightweight, Opel Kadetts were best appreciated by those who enjoyed such things as VW Beetles, which by then were a mainstay on American roads.  Kadetts were a bit more refined, though they ran with the same crowd. 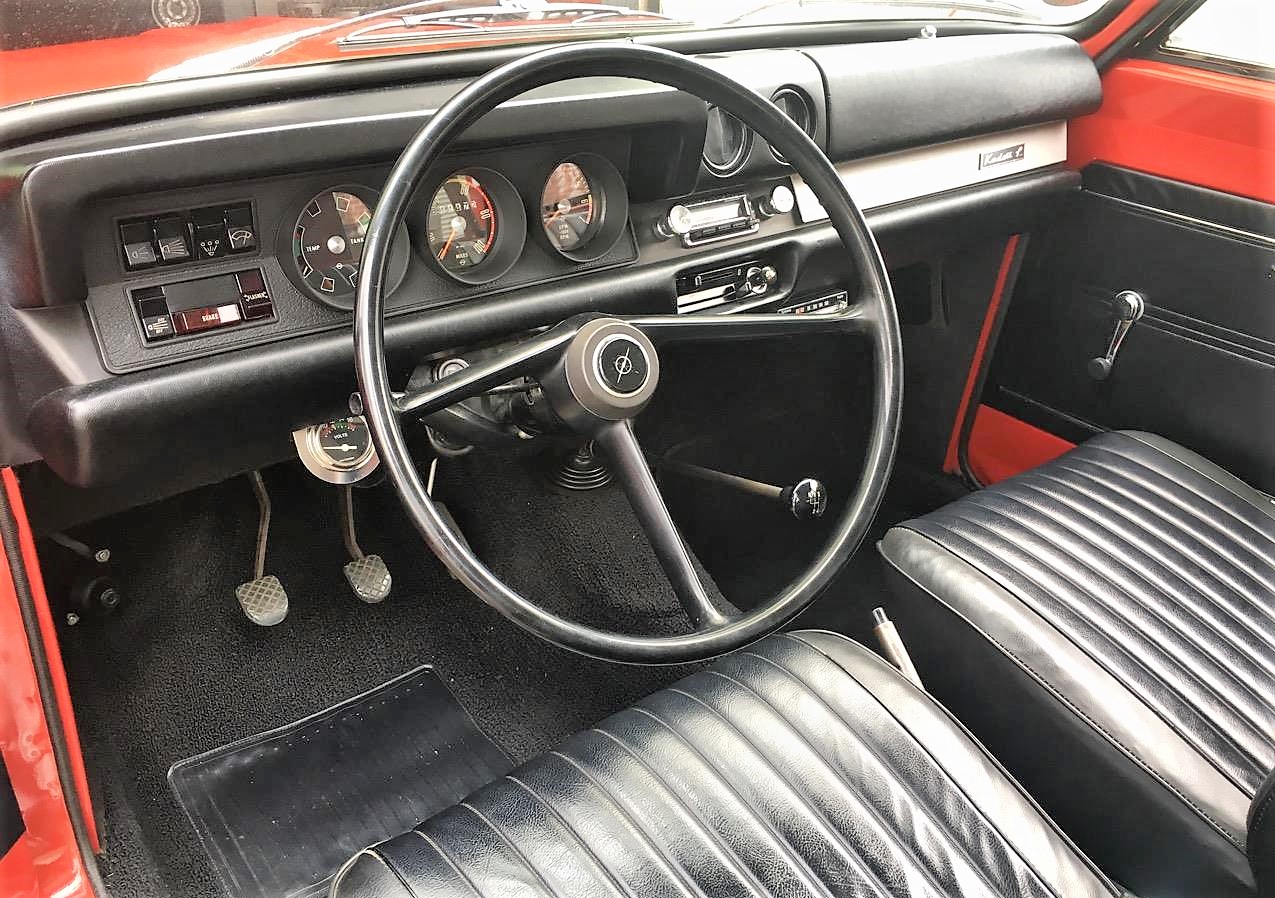 Power was derived from a high-revving 1.1-liter inline-4 that churned either 55 or 60 horsepower, depending on its setup, linked with a 4-speed manual transmission.  This Kadett seems to have the more-powerful engine, according to the ad.

The asking price is $23,500, which seems kind of steep, but try to find another Kadett in this kind of condition.  Probably be a long search.

Pick of the Day: 1957 Ford Thunderbird