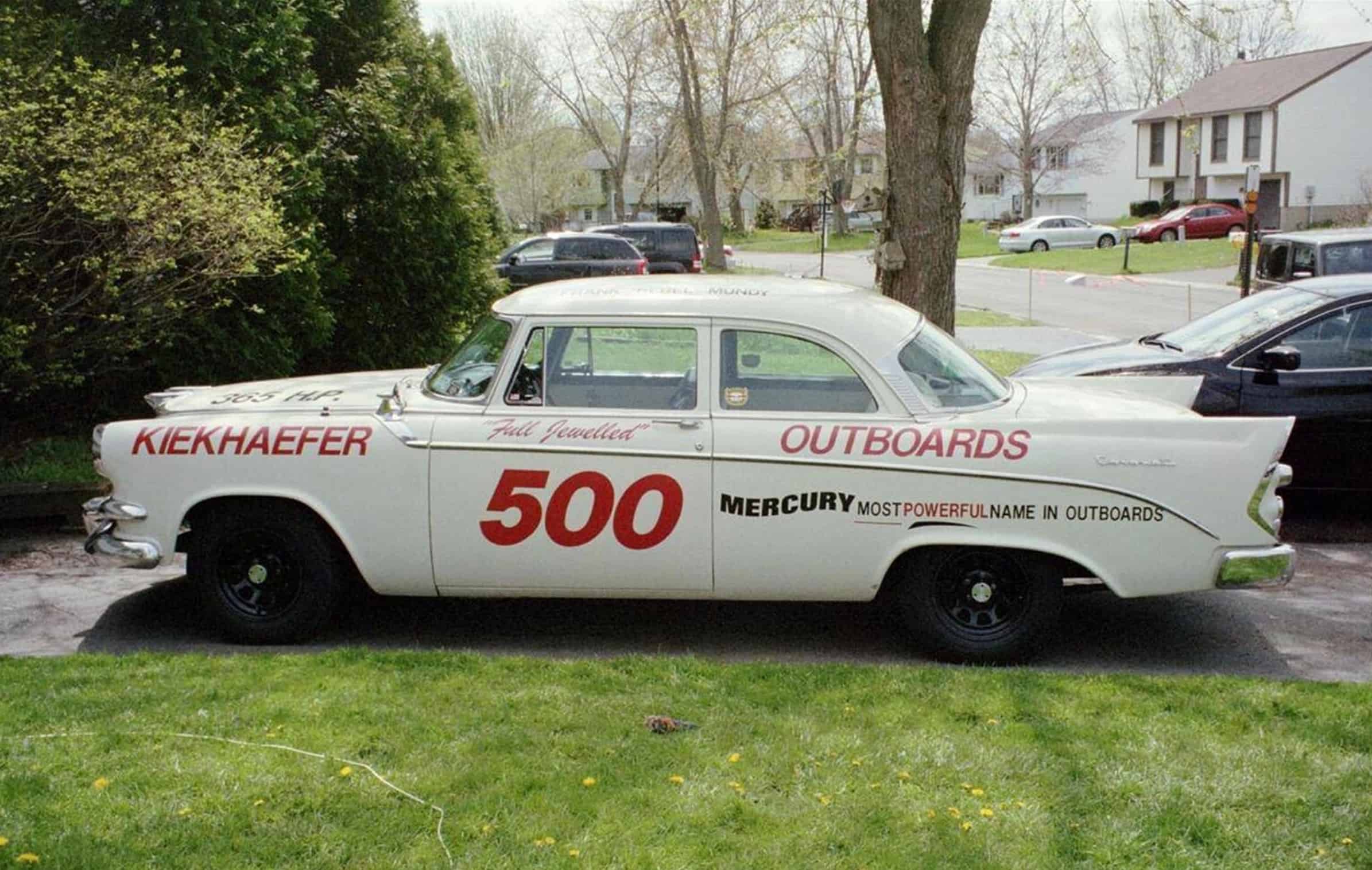 I’ll open this by admitting that I am not a fan of clone or tribute vehicles. Nonetheless, the Pick of the Day is this 1956 Dodge D500 Coronet that apparently was created in tribute to driver Frank “Rebel” Mundy and the acclaimed Kiekhaefer Racing Team.

The car is being advertised for sale on ClassicCars.com by a private seller in Clay, New York.

“I was told by the previous owner the engine is original,” the seller says in that advertisement. “It carries the 354 cu. in. engine which is rare in the 1956, originally it was a push button automatic, now a 4-speed manual, 2×4 bbl carb, tachometer, tinted glass, custom wheels, custom air cleaner, chrome valve covers.”

The seller adds that the original orange valve covers remain available for an engine that was an option for Chrysler’s 300B muscle car. 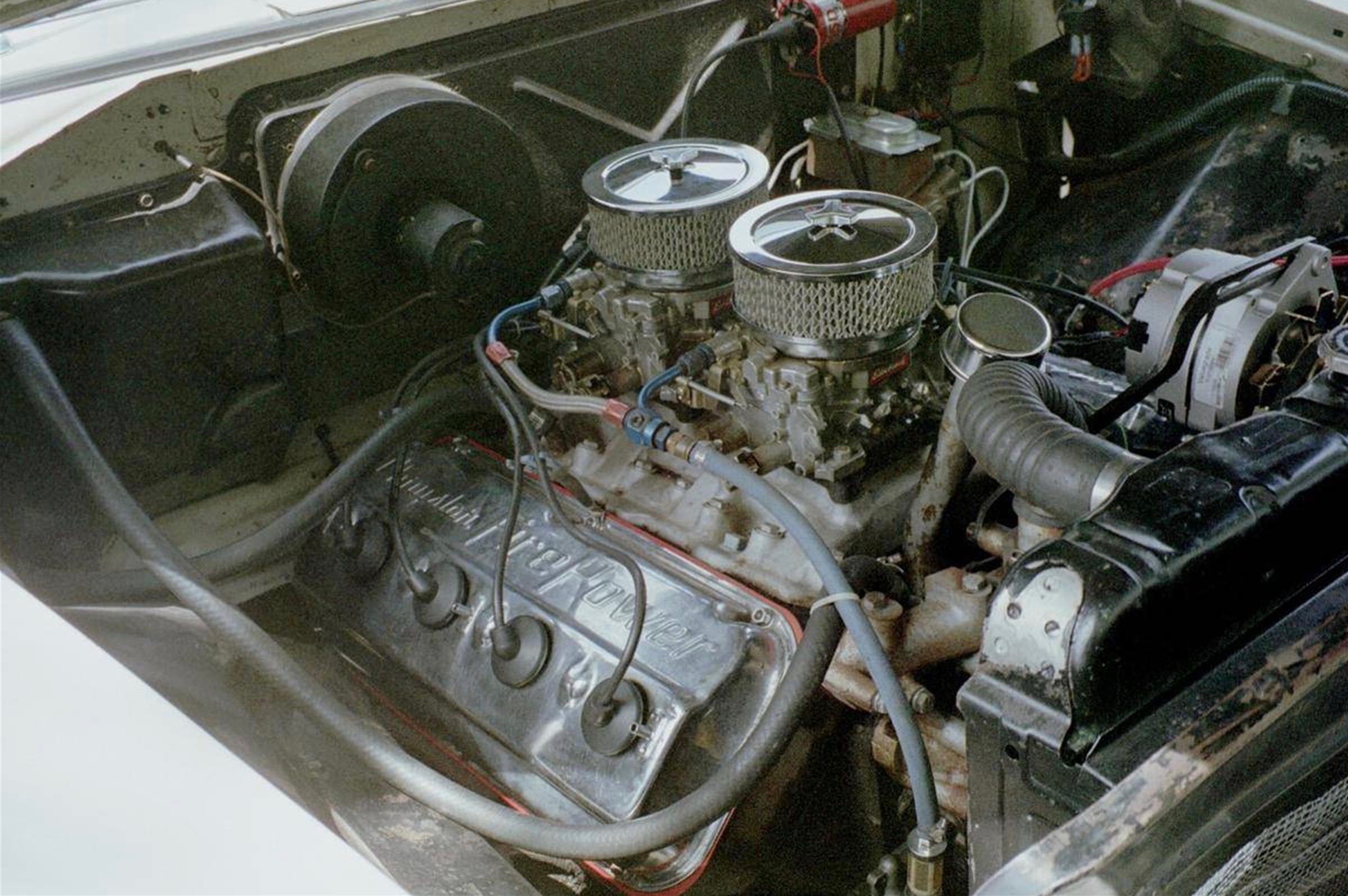 “The car is in fine condition. Turn the key and go. New clutch, tires, brakes and drums. Could use to have the headliner replaced, which I have one, and front sit (seat) could be recovered.”

In 1956, the Coronet was Dodge’s basic vehicle, available in various 2- and 4-door architectures, including station wagons. New for the ’56 model year were the tail fins and a 12- rather than 6-volt electrical system. More than 90 percent of Dodge vehicles were equipped with automatic transmissions in 1956, according to the Standard Catalog of American Cars.

Dodge also won 11 NASCAR races and set a bunch of speed and endurance records on the Bonneville Salt Flats with its 1956 models.

Finishing first, second, third and ninth in the standings were drivers in cars owned by Carl Kiekhaefer. Those cars were Chryslers or Dodges, though the team was called the Kiekhaefer Mercury team because the owner made his money producing Mercury Marine engines. 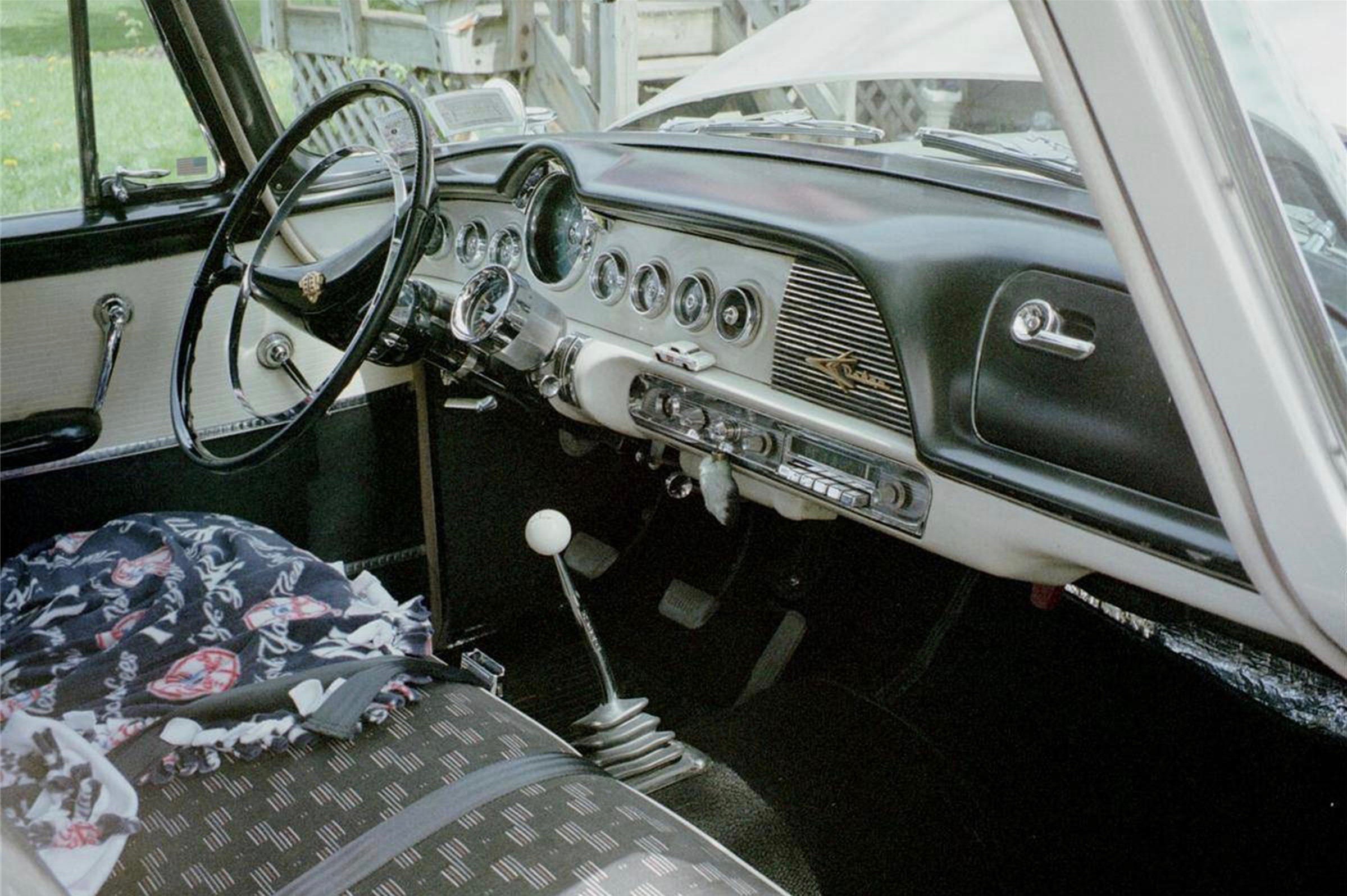 One of those drivers in a Mercury-sponsored Mopar was Frank “Rebel” Mundy. Others included Buck Baker, Tim and Fronty Flock, Speedy Thompson and Charles Scott.

Mundy had been Gen. George S. Patton’s personal driver during World War II and primarily raced in AAA-sanctioned stock car races, winning the 1955 championship. He also attempted to qualify (unsuccessfully) for the 1954 Indianapolis 500.

The Kiekhaefer/Mundy tribute car is located in Clay, New York, and is offered for sale for $28,500. 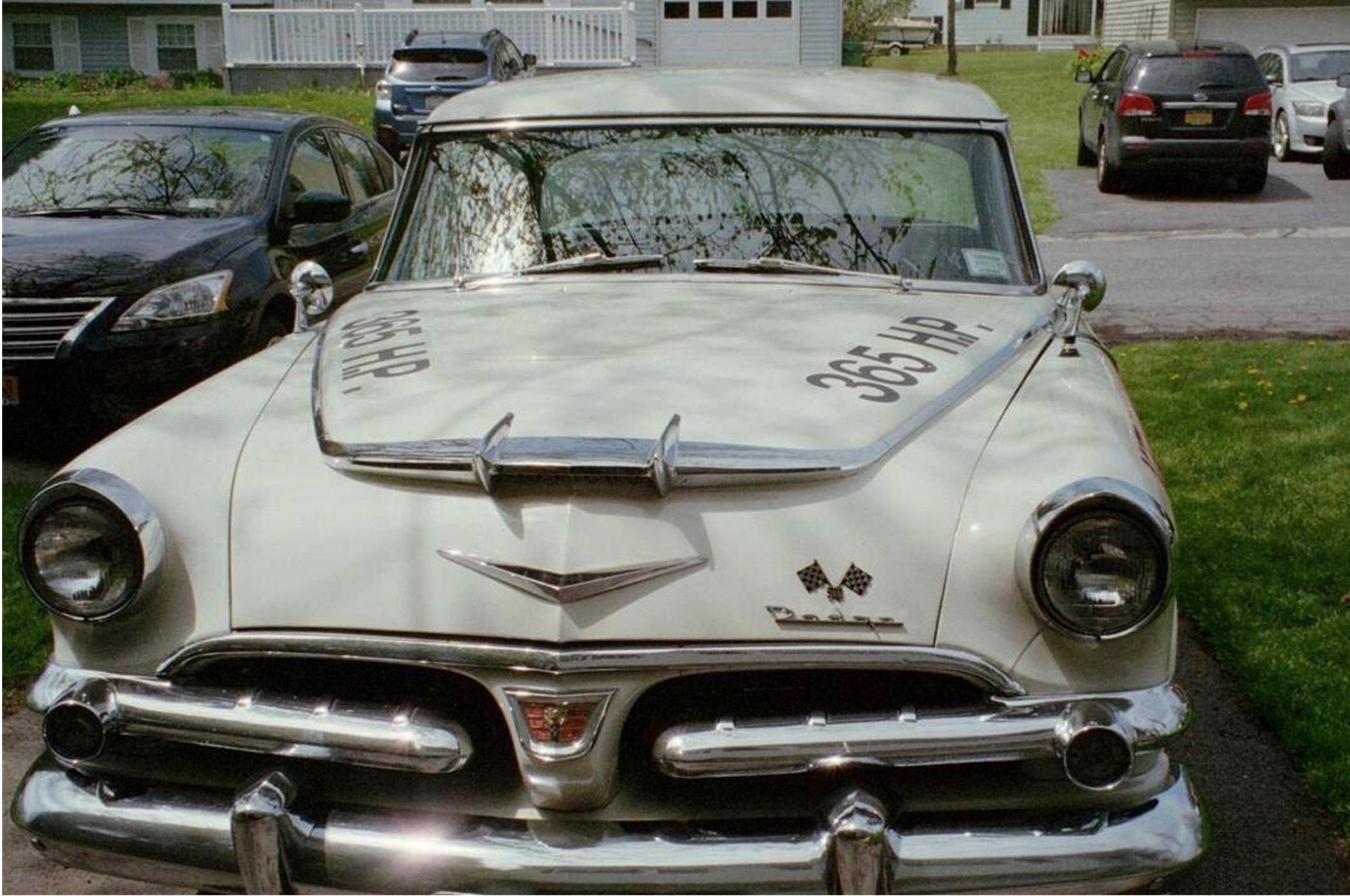