1976 Datsun B210 fastback figures to have Sunny disposition 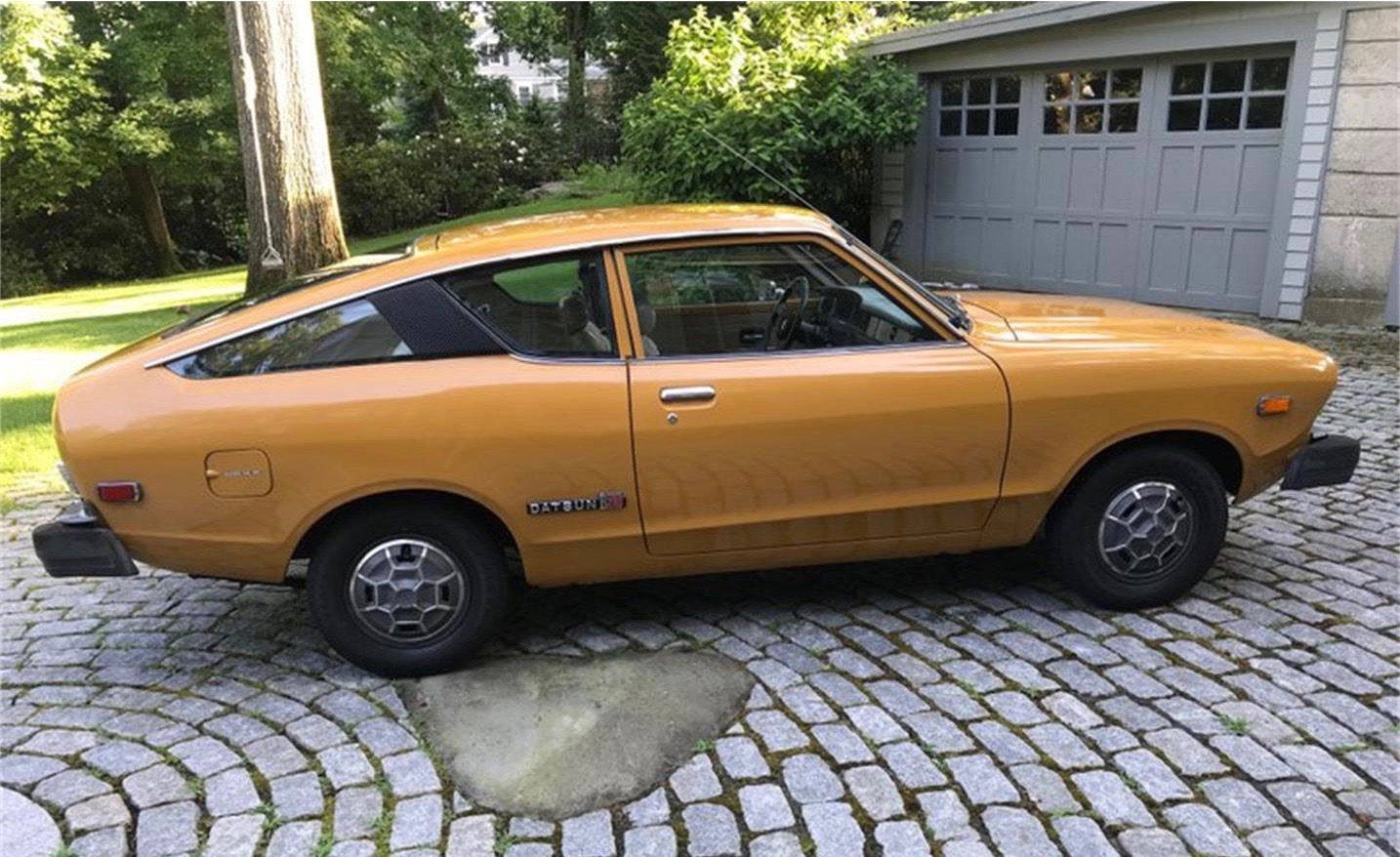 Although it is being sold by a dealership in Holliston, Massachusetts, the Pick of the Day,a1976 Datsun B210 fastback coupe, is billed as an original and one-owner California car driven only 58,000 miles.

“Purchased new at Camino Datsun in Sunnyvale, California, this mint B210 stayed in CA with its original owner until 2017,” the dealer’s advertisement on ClassicCars.com reports. “Original bill of sale, manuals, brochure and owner’s maintenance logs. 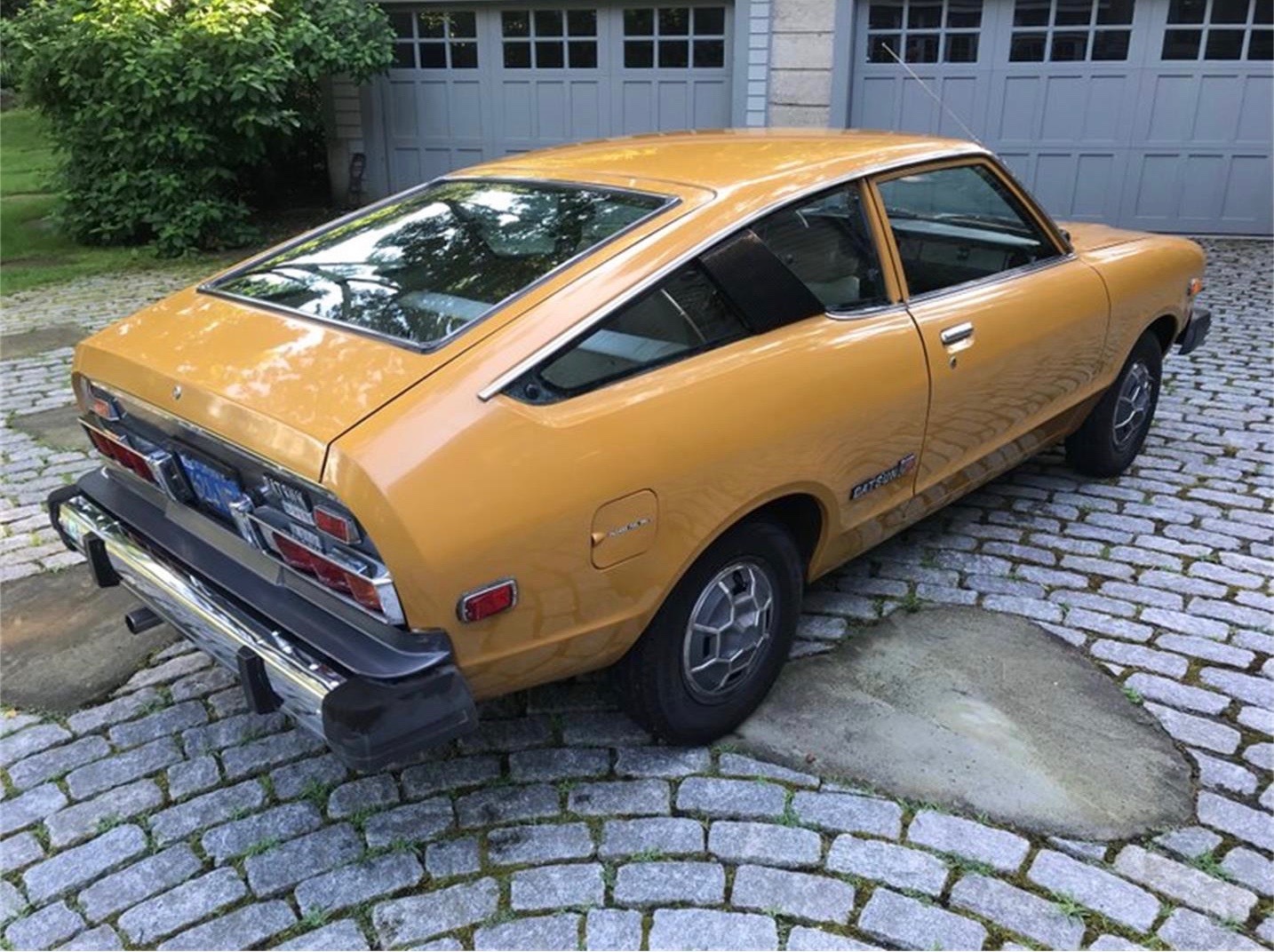 “It is doubtful that there is another completely original B210 available in this condition,” the dealer says, adding that the car, “Starts, runs and drives strong. Fun to drive. Draws a lot of thumbs up.”

The car was built on Datsun’s versatile B210 platform as part of the third-generation of what was known in Japan as the Sunny model lineup. Datsun built Sunnys from 1966 until 2006. They were sold under various names in various global markets.

The third-generation cars debuted during the 1973 oil crisis. It had a 1.4 liter 4-cylinder engine, 4-speed manual transmission, and reportedly averaged nearly 30 miles per gallon in town and around 40 on the highway. The cars were equipped with front disc brakes, and had reclining front bucket seats.

The dealer lists the exterior color as yellow, although in the photographs it appears to be a more-desirable butterscotch shade. The interior is beige.

The front section of the rear quarter windows pivot open, and what appears to be an untouched spare tire and jack are stowed beneath the rear cargo floor and under the rear fastback roof.

The dealer is asking $15,500 for this future classic. To view this listing on ClassicCars.com, see Pick of the Day.