So, what do you think of the mid-engine Corvette?

After months of teasing images and even public appearances under camouflage, Chevrolet uncovered its mid-engine 2020 Corvette Stingray on July 18 in a blimp hangar in Tustin, California, where the theme was a “Corvette moon shot” featuring two former NASA astronauts.

So, we ask, what do you think of the car now that you’ve seen it? And especially if you’re among the Corvette owners and fans who have loved the car and been collectors through seven generations of front-engine performance. You can use the Comments section below to express your initial reaction to seeing the car.

Speaking of the car, while it will be the first production Corvette with its engine behind the driver and passenger compartment, and will offer world-class supercar performance, General Motors president Mark Reuss promised the 2020 Stingray will have a base price of less than $60,000.

The car will have a new LT-2 version of the 6.4-liter Chevrolet small-block V8 engine rated at 495 horsepower and 470 pound-feet of torque. That engine will be linked to an 8-speed dual-clutch automatic transmission and will power the Z-51 track version of the car from a standing start to 60 miles per hour in less than 3 seconds, according to Corvette executive chief engineer Tadge Juechter.

At the unveiling, which we watched live on the Chevrolet media website, Juechter went through many of the car’s technological innovations, and drew applause from the audience in the hangar when he said that one of the car’s features will be a way to lift the front end of the bodywork 2 inches to prevent scraping, such as occurs when entering or exiting many driveways.

Not only can the front be raised, the system will be GPS enabled and can remember specific locations and automatically respond every time the car is in the same spot.

The reveal began with retired astronauts Dr. Mae Jemison and Scott Kelly on the stage and video of the Apollo 11 moon-landing mission, and with General Motors executive vice president Barry Engle talking about how many Mercury and Apollo astronauts owned Corvettes.

There also was an homage to Zora Arkus-Duntov, an early Corvette engineer who developed several mid-engine prototypes and who wanted the production Corvette to use that architecture.

Reuss noted that the 2020 Corvette Stingray will be “a mid-engine supercar with technology he (Arkus-Duntov) could never have imagined.” 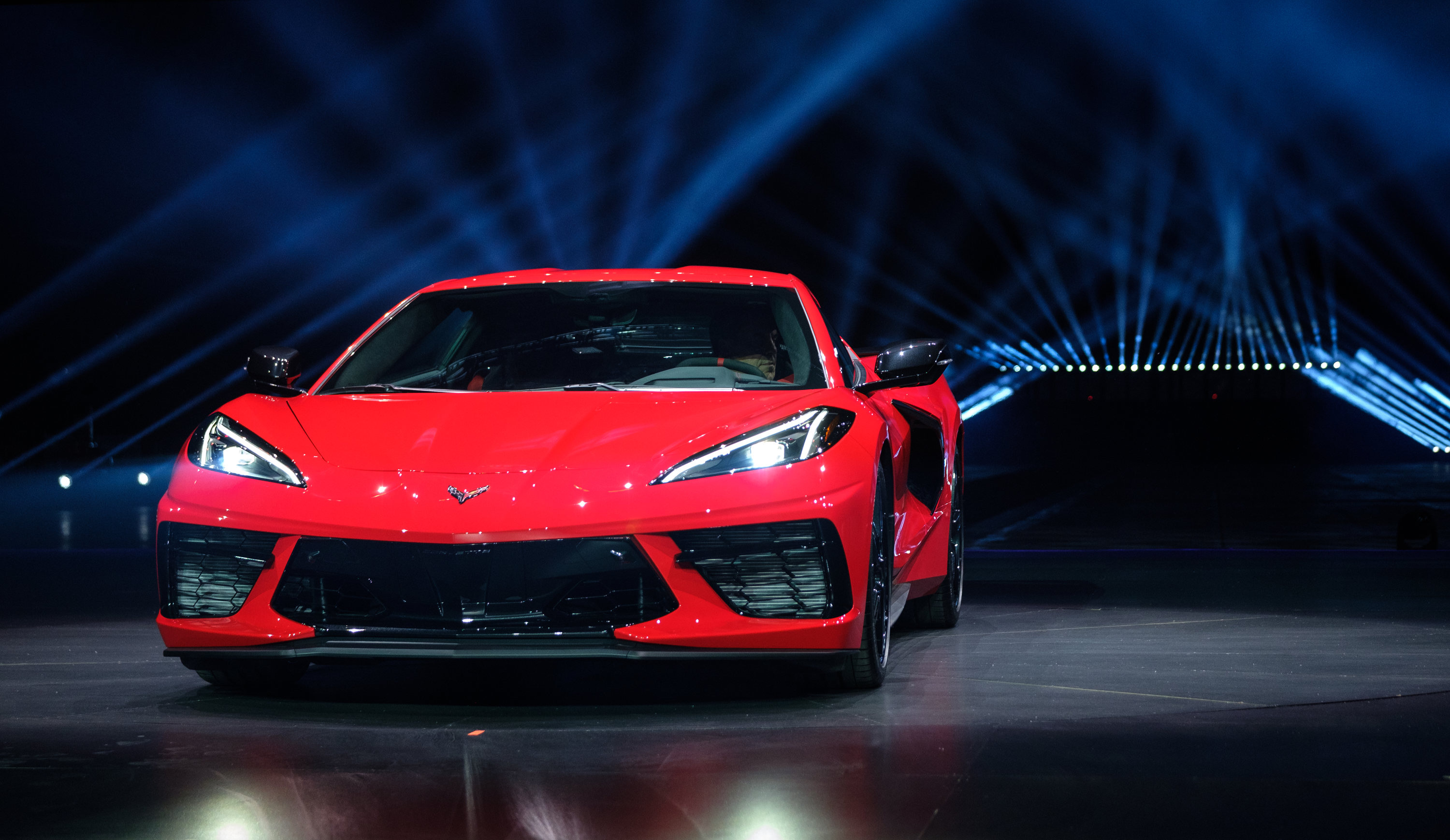