Nearly 100,000 Hot Wheels cars, and they appear to have been saved in their original packaging, are being offered during a three-day estate sale scheduled for July 18-20 in Overland Park, Kansas.

According to a report by KCTV News, the cars were collected from a man from Kearny who died recently.

“There is no dust,” Andrew Rowland, owner of Lily’s Estate Sales, told the television station. “He had the bug and the bug is collecting and he took it to another level.”

The cars were sorted by make and model and stored in plastic bins.

“He had his own personal collection at home that he would look at on a daily basis, but then he had the rest of this stuff that was in storage,” Rowland said.

Kenny Bates, who like the collector was a member of the Mo-Kan Hot Wheelers Collectors Club, told the station that the collector would go on treasure hunts, buying cases of Hot Wheels in pursuit of factory-sealed first editions and rare models, including imports such as the Leo Mattel’s from India.

“They are very rare,” Bates said. “They were made only in a certain time and they weren’t exported.” 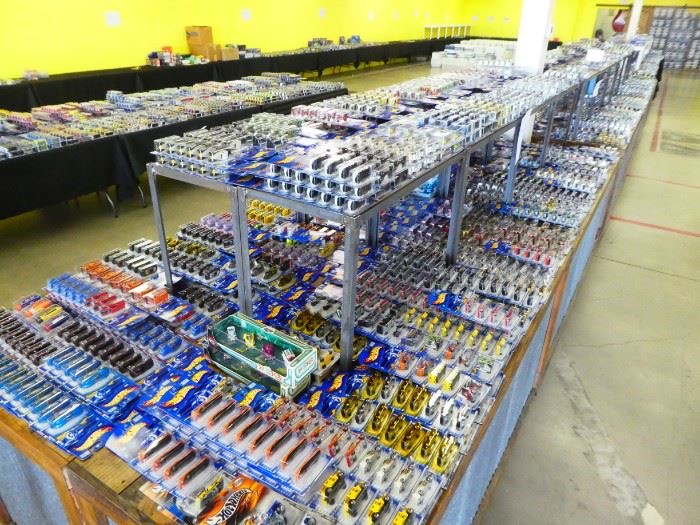 Although Bates knew the collector for nearly two decades, he appeared surprised at the scope of the collection.