That’s because this Triumph sports car was used as a traffic enforcement and pursuit vehicle by the Southend-on-Sea Constabulary in the early 1960s. Now restored, the car is being offered for sale at H&H Classics at Buxton, England, on July 24.

“This white Triumph TR4 police chase car was the stuff of nightmares to Essex drivers in the 1960s — for anyone driving recklessly or speeding,” H&H Classics reports

“The British police often used sports cars as pursuit vehicles in past decades, Daimler Darts and cars like this Triumph. Today, sadly for the police, it is more usually a high-performance BMW estate with strengthened suspension and beefed up brakes.”

The TR4 now retired from police duty was restored by Revington TR and comes with “working signs, Winkworth bell, air horns and spot lamps, a VHF Pye Vanguard radio in the boot, extended wing mirrors, Dunlop RS5 road speed tires all round, plus overdrive and a tonneau cover.” And it still carries its original registration number plate.

According to H&H specialist Roger Nowell, included with the Triumph are period pictures of the car with its officers, a copy of the police book covering the advanced driving techniques officers used in pursuit, and various letters and recent emails from the police who drove the car in the ‘60s. 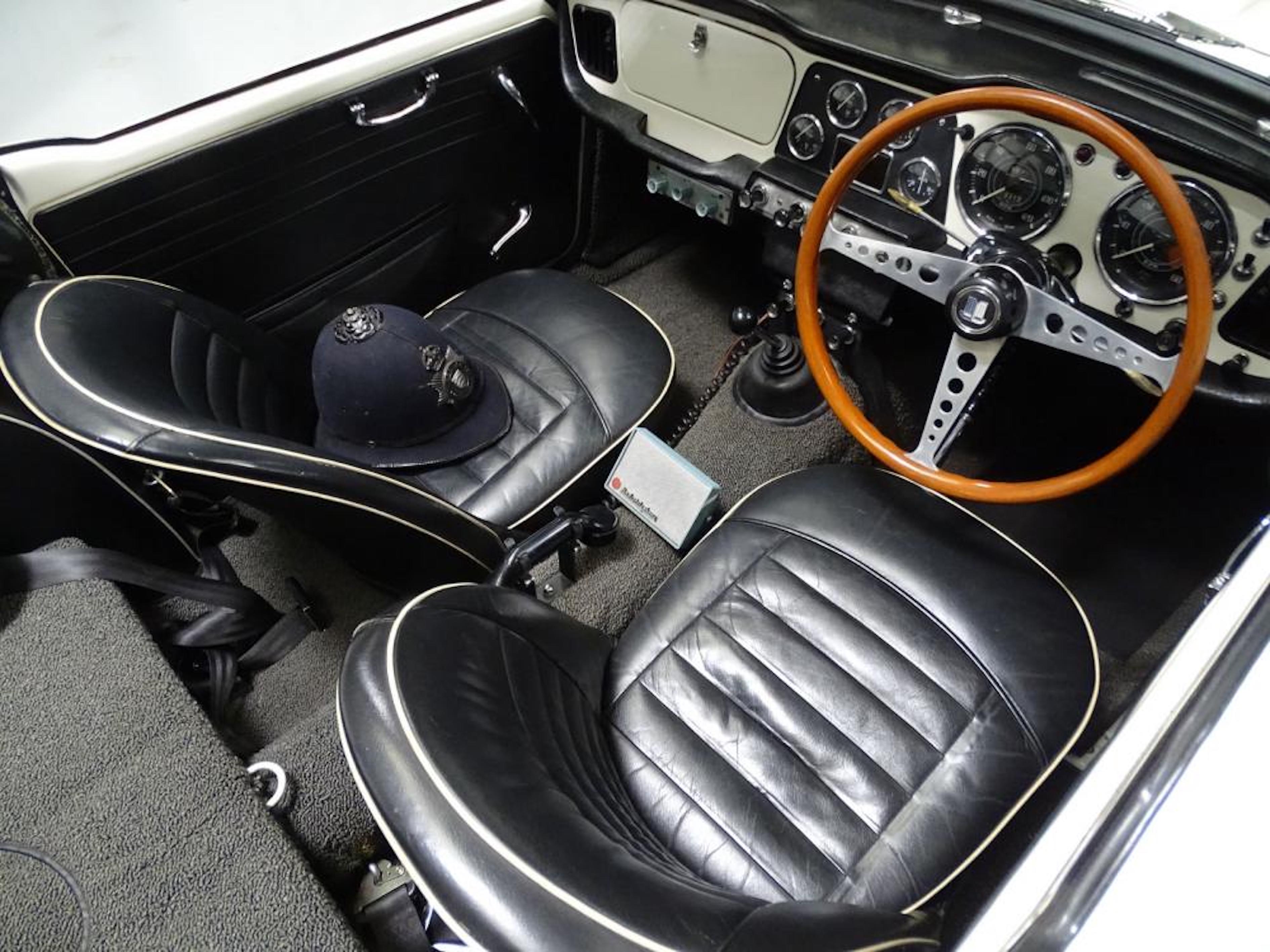