Nissan upgraded its Skyline model in 1983 and a year later offered a revised and intercooled turbocharger to launch what has become a cult car, the DR30 RS-X Turbo. The car became a sensation in the Australian Touring Car Championship racing series and is still drag-raced in Japan.

One of those cars, a 1985 Nissan Skyline DR30 RS-X Turbo coupe is the Pick of the Day and is offered for sale by a private owner on ClassicCars.com.

“This DR30 has been legally imported from Japan within the 25-year rule and still has the original turbocharged FJ20ET engine with under 100k miles,” the seller reports, adding that the car even averages 35 mpg.

“This car has been incredibly reliable for me as I drove it across the state multiple times for car shows with no issues.

“This car is the ‘Iron Mask’ version and is The Top of the Line Turbo and Inter-cooled model. This Skyline is your chance to own a piece of Japanese history with NO RUST on the body at all.”

The “Iron Mask” nickname was applied after the front end was redesigned in the early 1980s and was said to resemble Tekkamen, The Man in the Iron Mask.

The car is offered in partially restored condition.

“Paint is in excellent condition as well, having recently had a paint correction at Wergs Detail in Sarasota (Florida),” the seller says. 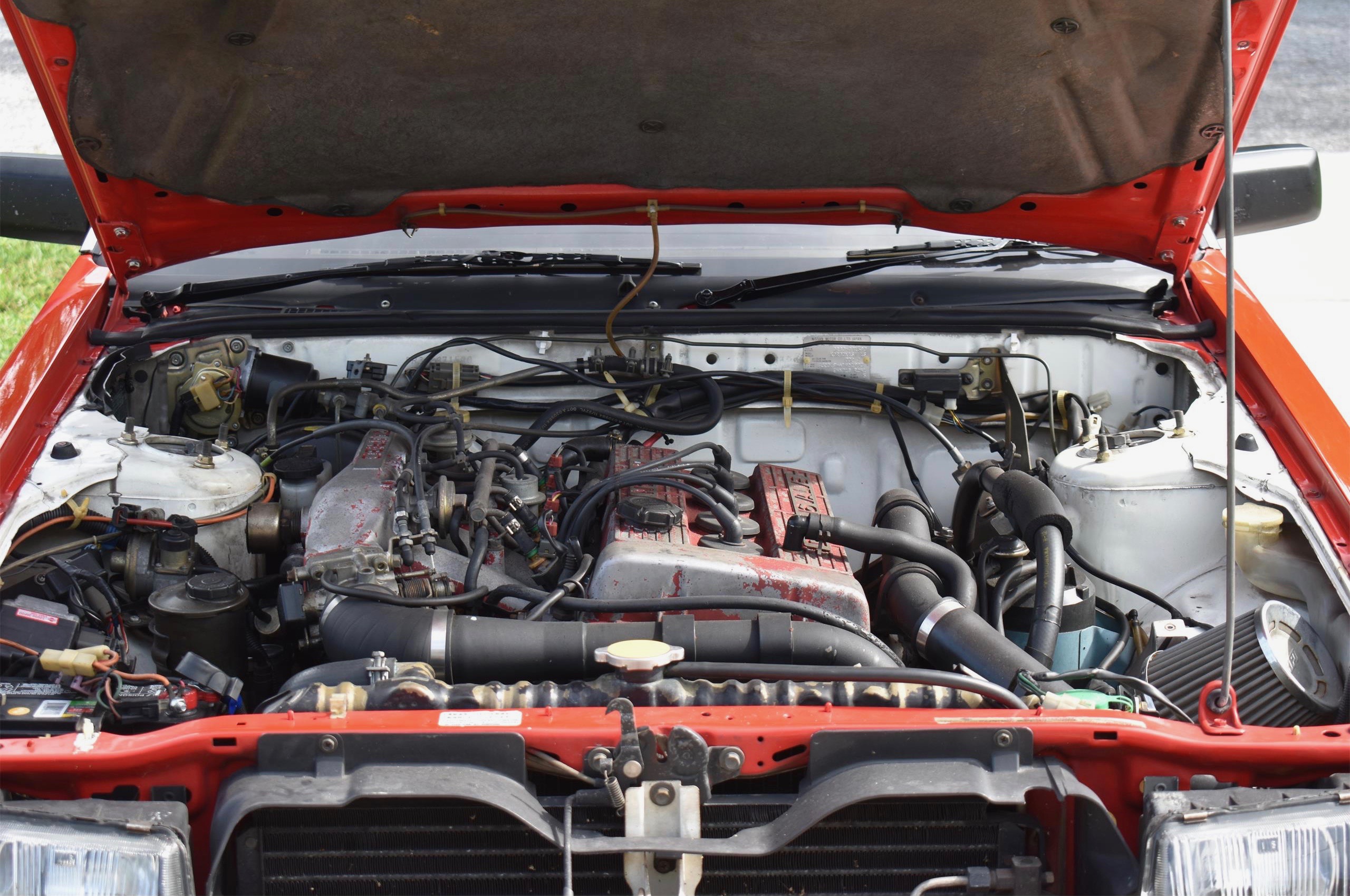 “Everything works as it should and the car literally needs nothing. A/C may need to be charged. It does have a unique fan in the dome light, which can change colors — very cool! This car breaks necks everywhere it goes!”

The FJ20ET engine is a 2.0-liter inline 4-cylinder originally rated at around 200 horsepower and with as much as 180 pound-feet of torque.

As a JDM (Japanese Domestic Market) vehicle, the driver sides on the right side of the car and shifts gears with the left hand.

The seller adds that while the car is mostly original, it rides on Work Glostar Wheels from Japan, has Recaro seats (“small rip on driver side from wear”), has coil-over suspension, Nardi suede steering wheel, HKS exhaust, Omni boost gauge, Greddy manual boost controller (though it is not hooned up), and an R31 spoiler comes with the car “if you want it.”