Saying it hopes to “electrify” the next generation of supercar enthusiasts, McLaren Automotive has unveiled a children’s ride-on version of the McLaren 720S, and offers the smaller version in Papaya Spark, a color the full-size sports car won’t get until later this year.

The child’s car also has an infotainment system that can play music or show a movie on the dashboard screen, McLaren said. 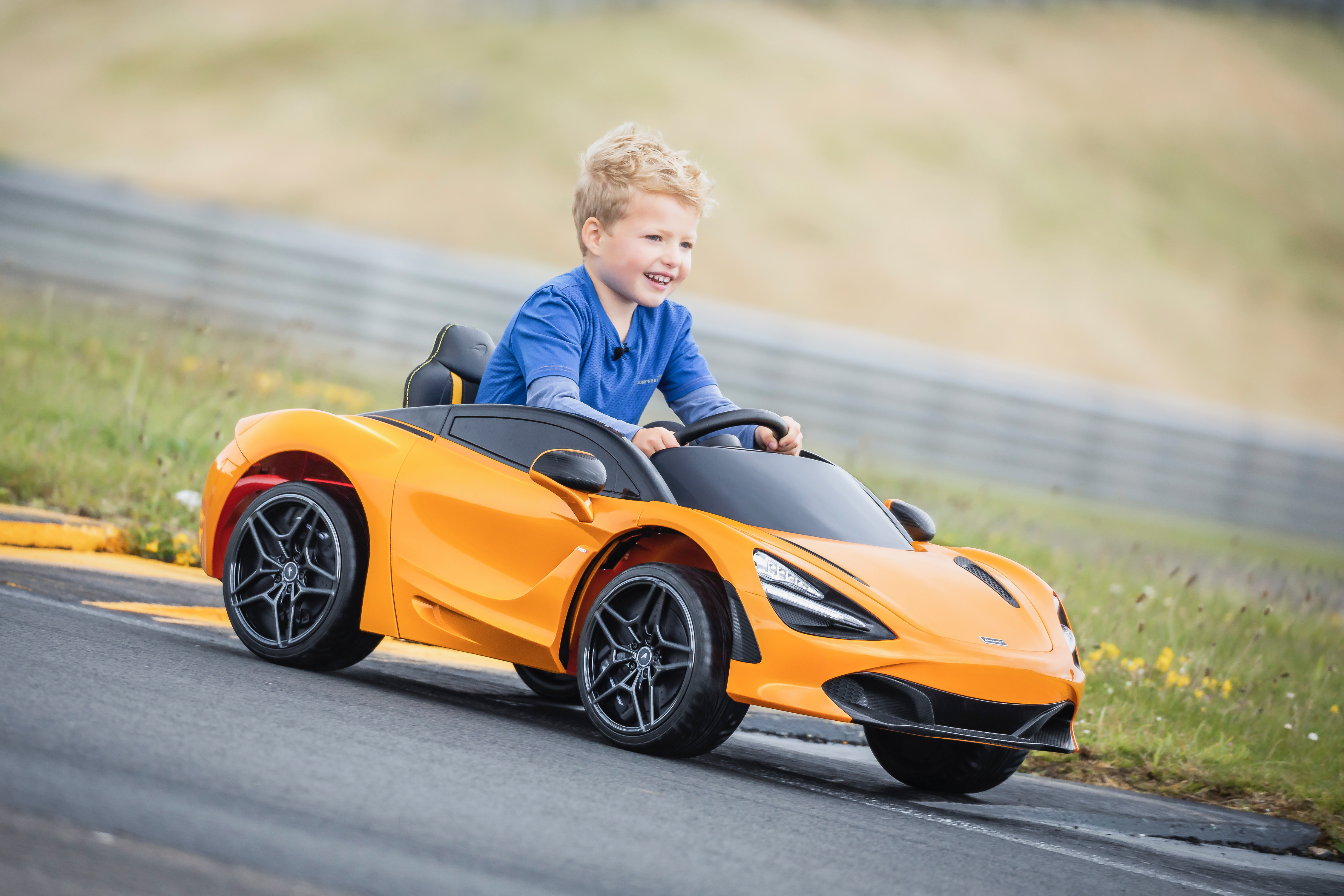 “Empowering this young new generation of enthusiasts with the unparalleled driver involvement that has made the McLaren sportscars and supercars from Woking, UK, acclaimed around the world, the new Ride-On takes the genre to the next level of McLaren authenticity,” McLaren Automotive said in its news release.

“And with a range of popular McLaren colors available, 3-to-6-year-olds have never had it so good, being able to choose from Azores Orange, Belize Blue, Lantana Purple, Onyx Black, Mauvine Blue, Silica White, or Saros Grey.”

McLaren speculates that the 720S “Ride-On” will become “the talk of the playground.” 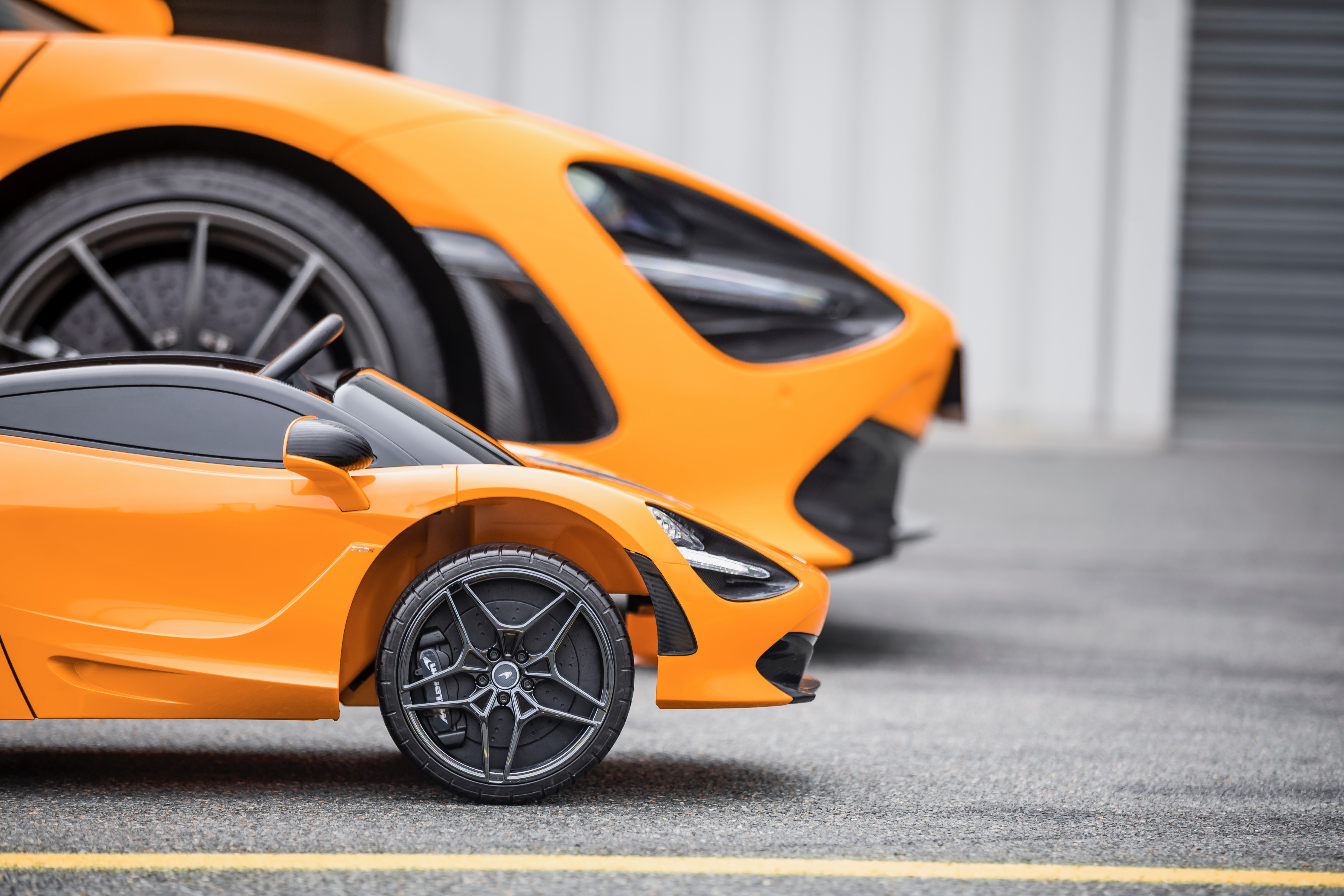 The child’s version is electric powered but has a sound generator linked to the accelerator pedal “because we all like to hear an engine!” 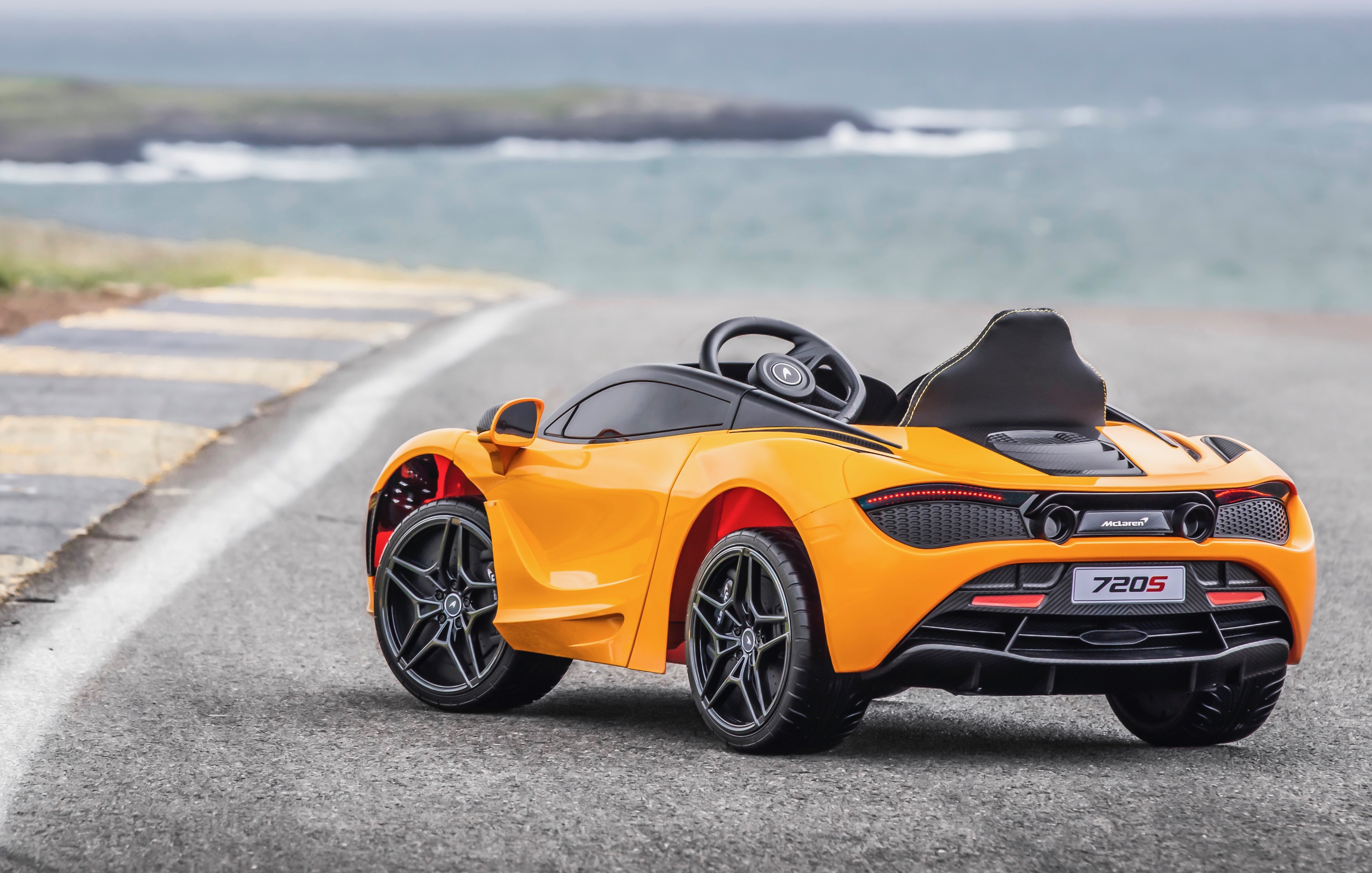