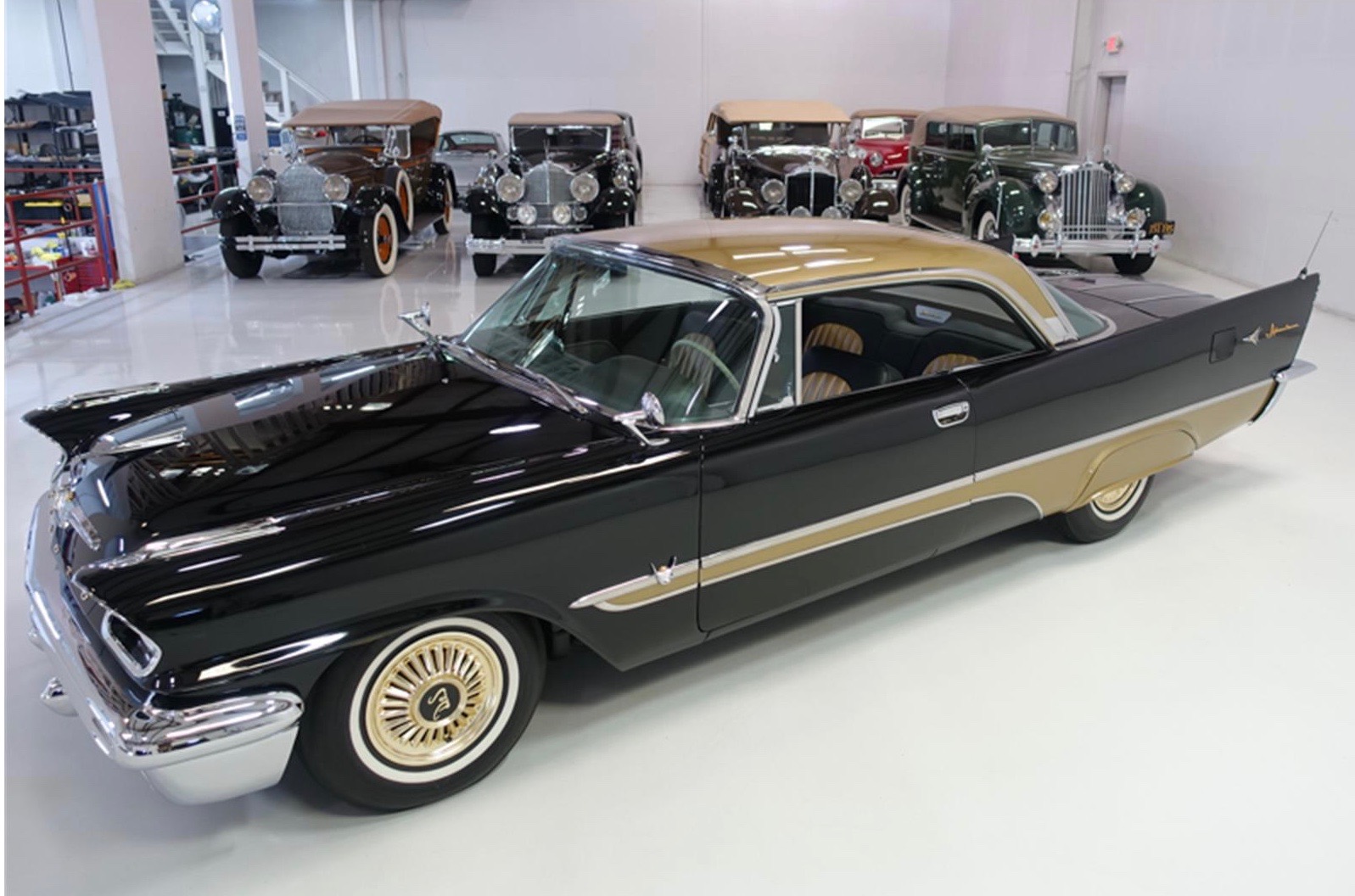 Pick of the Day is a 1957 DeSoto Adventurer Sportsman coupe that is not only rare because it’s one of only 1,650 produced, but it has a nearly 60-year history of single ownership by a Midwestern drag racing pioneer.

“In 1961 it was acquired by Midwest drag racing legend Jerry Saar,” says the St. Louis dealership advertising the car onClassicCars.com. “Jerry and his brother, Ron Saar, built and opened Lee County Dragway in 1969, which they operated until 1988.

“Jerry Saar was known to use his black and gold Adventurer as a tow vehicle to pull his race cars to and from events at Lee County Dragway,” the seller adds.

The car has been driven less than 77,200 miles since new. It is powered by a FireFlite Hemi V8 and has air conditioning (though it is not currently operating, the dealer notes), power windows/steering/brakes, swivel bucket seats, dual antennas for its AM radio, a Highway HiFi in-car record player and rear fender skirts.

DeSoto launched its Adventurer in 1956 as a four-seat, higher-performance coupe available only in white, black and gold tri-color paint. In 1957, the model was incorporated into Chrysler’s “Forward Look” body styling, but with the same tri-color scheme.

The Pick of the Day example, which has been restored, is being offered for $69,900.