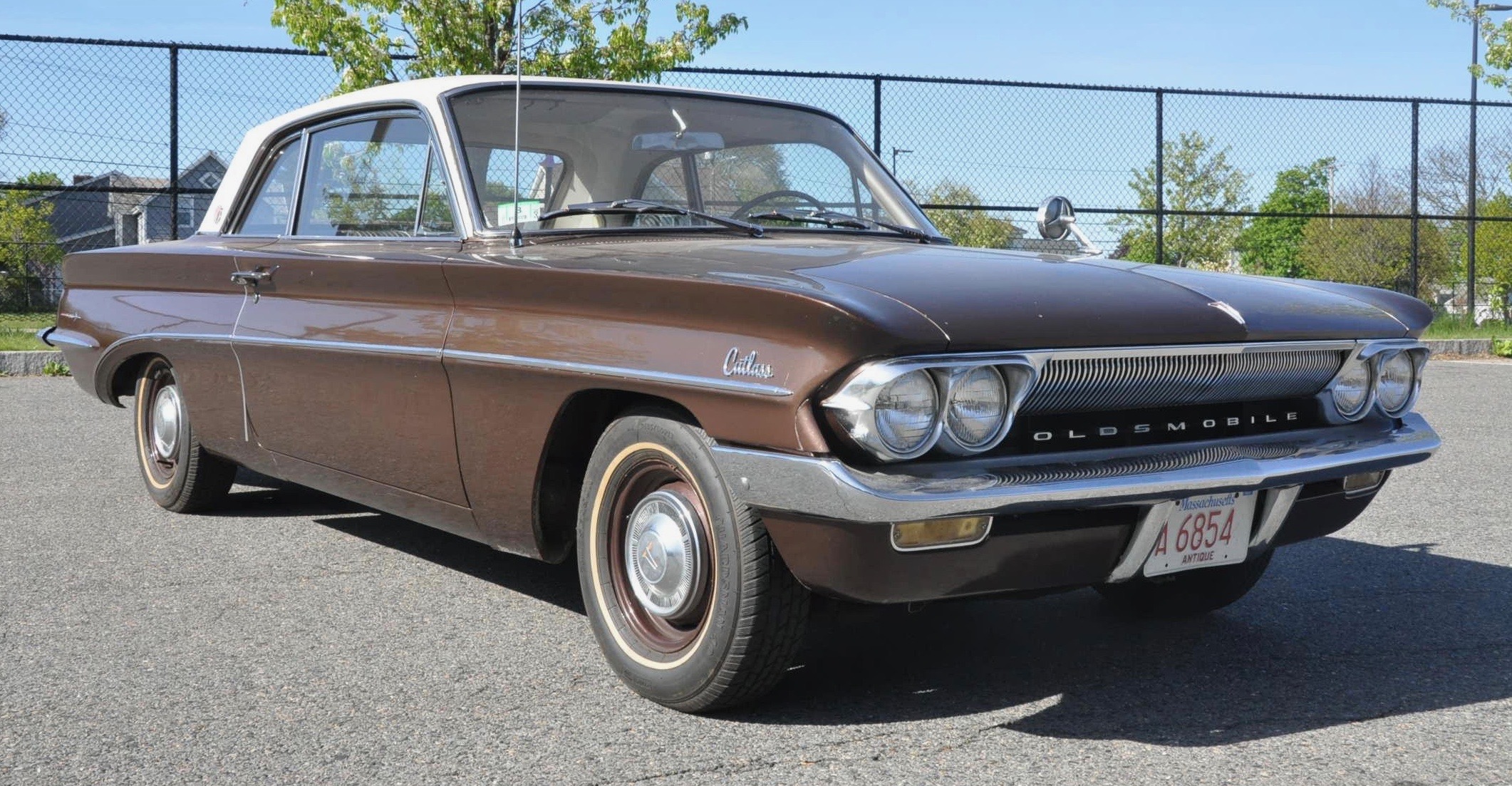 Once upon a time, there was an Oldsmobile commercial that referred to “the gallant men of Olds,” presumably those operating Oldsmobile dealerships. But the cars they sold often appealed to women buyers, and that certainly applied to the Pick of the Day. The car is a 1961 Oldsmobile Cutlass hardtop, and the private seller offering the car on ClassicCars.com promises that it is a 36,000-mile original. The seller is the second owner. The first was Claire, “a small woman (who) loved looking through the steering wheel and dash.” Claire apparently only drove the car “to the store and church, really!” According to the seller, the car has not been involved in any accidents, runs great and has an undamaged vinyl interior (supported by the photographs with the ad). The coupe has a 185-horsepower, 215 cid V8 engine and 3-speed automatic transmission. The seller reports that the master brake cylinder and fuel pump have been replaced with original equipment parts. Back in the early 1960s, Cutlass was Olds’ smallest vehicle, a unibody compact that later (1964 forward) would become a midsize car and the country’s best-selling sedan. The Cutlass was launched as the top version of the compact F-85. The Pick of the Day is located is Acushnet, Massachusetts, and is on offer for $9,350. To view this listing on ClassicCars.com, see Pick of the Day.