The Taj Ma Garaj is what the late John Dixon dubbed his vast collection of cars and collector items that represented his lifelong fascination with Porsche automobiles.

RM Sotheby’s will auction the contents of the Taj Ma Garaj, comprising 30 rare and unusual Porsche and Volkswagen cars and more than 350 lots of automobilia and other items, on September 28, with every piece offered without reserve.

The auction will be held onsite at the Dayton, Ohio, building where Dixon displayed the fruits of his obsession. Many Porsche enthusiasts are familiar with Dixon’s trove as the gregarious collector often opened it for parties and shows, with fund-raising events benefiting a local children’s hospital.

The collection, described by RM Sotheby’s as “an eclectic Porsche paradise,” will include “sought-after Porsche ‘unobtainium,’ rare literature, collectibles, engines and an assortment of arcade ephemera,” according to an auction news release.

“The Taj Ma Garaj building is truly a Porsche enthusiast’s heaven,” RM Sotheby’s senior car specialist Donnie Gould said in the release. “John Dixon was as knowledgeable about his cars as he was passionate, and what he has assembled represents sought-after high watermarks in Porsche production, alongside cars like a wrought-iron Beetle that are just plain fun.”

Highlights from the Taj Ma Garaj Collection (with descriptions from the auction company) include: 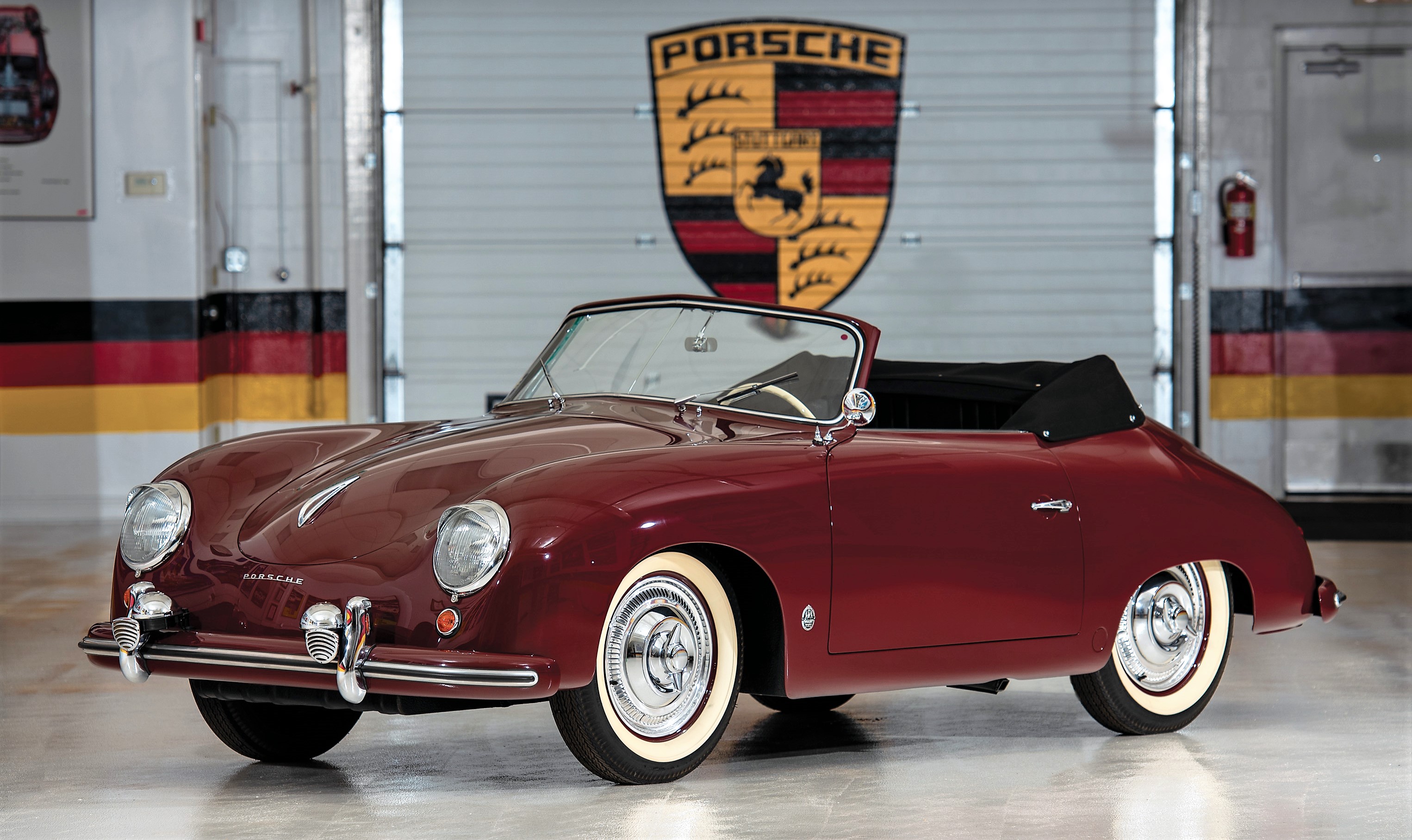 1952 Porsche 356 Cabriolet by Gläser, chassis no. 12355. An extremely rare car to begin with, of which less than one tenth survive today and ever fewer in restored and running condition, this Gläser Cabriolet wears many beautiful and interesting features, unique to a pre-A 356, including its one-piece bent windshield, turbo beauty rings, a rare Telefunken radio, a braided leather grab handle on the interior of the doors, and more. Having undergone a meticulous restoration commissioned by John Dixon, the incredible details of the 356 Cabriolet become more evident the more time is spent with the car. Pre-auction value estimate:  $375,000 – $425,000. 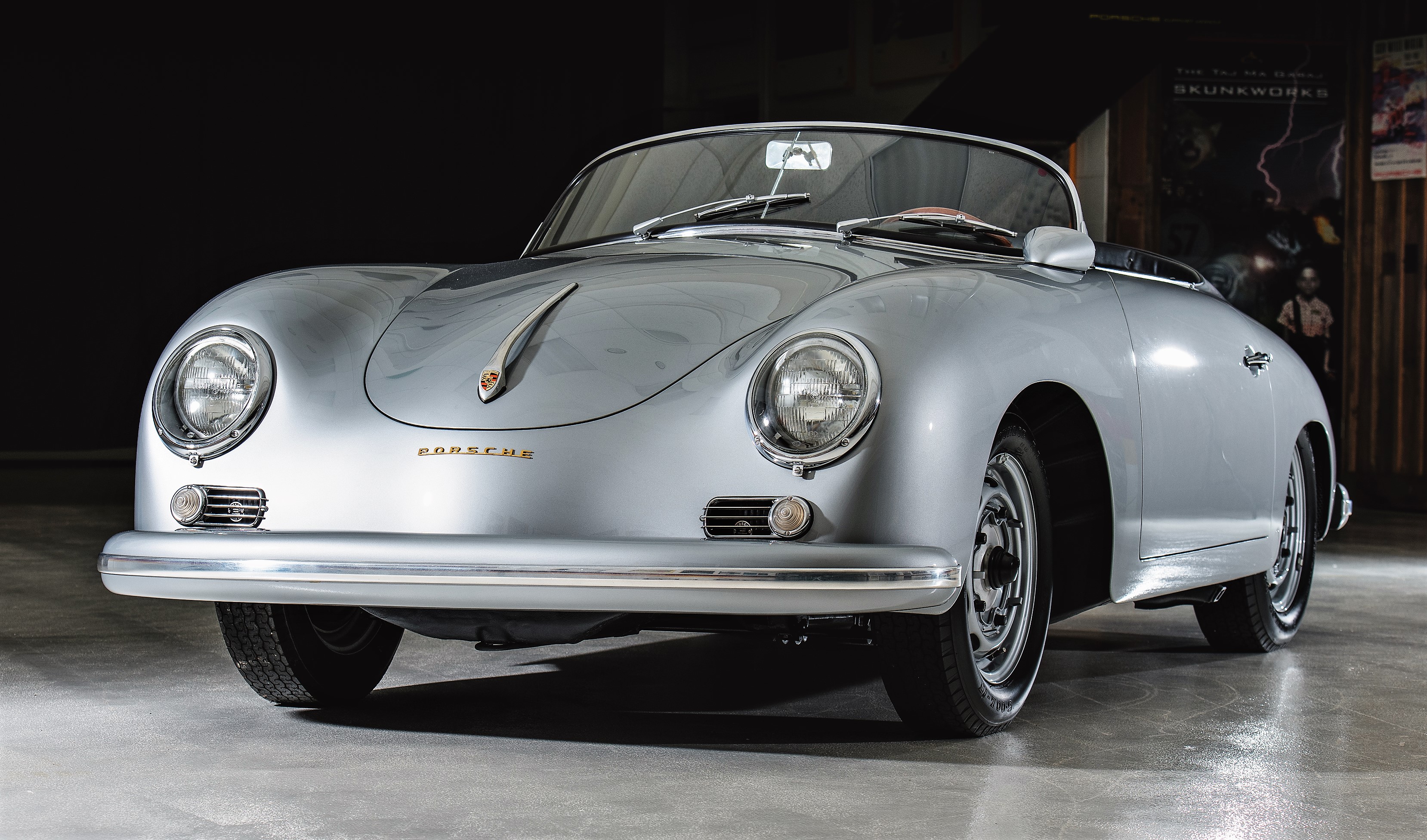 1957 Porsche 356 A Carrera GT Speedster Coachwork by Reutter, chassis no. 83622. Essentially the ultimate speedster to own, the 356 A Carrera GT is a fantastic example of the lightest, most race-prepared version of the model. Featuring a lightened chassis, the GT-spec 4-cam motor, 80-liter gas tank, 60mm ventilated brakes, and a very rare steel hard top, the GT has been part of the Taj Ma Garaj Collection for two decades and is accompanied by extensive documentation. Value estimate:  $1.5 million to $2 million. 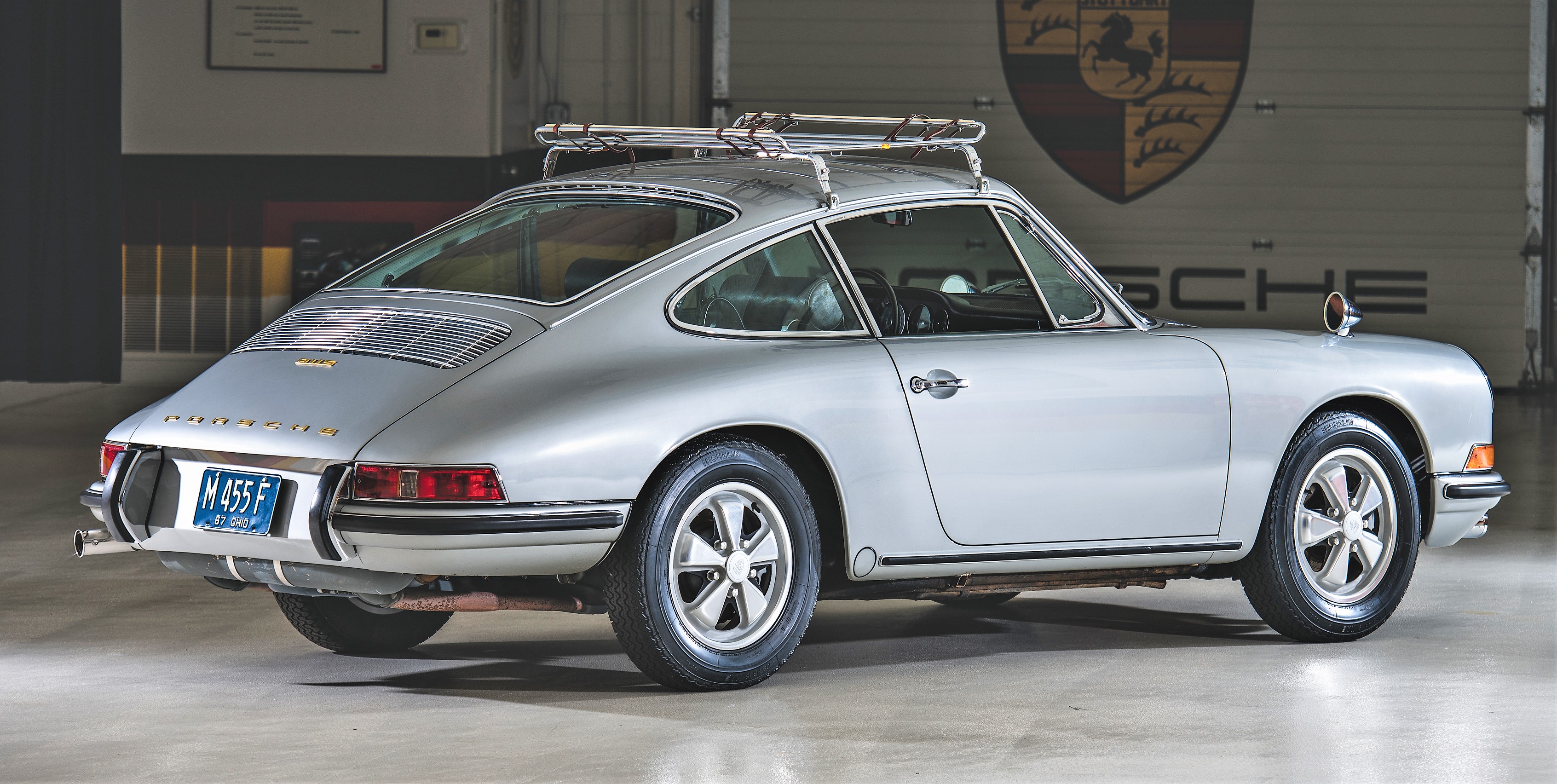 1967 Porsche 911 S Coupe, chassis no. 305860 S. One of the best, most-original, and lowest-mileage examples available, the 911 S wears its original paintwork and interior, and has seen just three owners and 28,000 miles from new. Originally delivered to an oil-company executive who had a very special relationship with the factory, the car features nearly every available option as a tourist delivery car prepared by Porsche, which is extensively documented in the car’s history file, down to personal correspondence and an envelope containing the original metallic paint sample for the car. Value estimate:  $350,000 – $450,000.

1981 Porsche 924 Carrera GTS Clubsport, chassis no. WP0ZZZ93ZBS710038. Just 406 GT examples were built for homologation, 59 of which were Evolution Series cars produced by Weissach and known as the GTS, of which a mere 15 were Clubsport examples. The Clubsport is even lighter, features Plexiglas sliding windows, an electric cut-off switch, roll bar, 935 seats, and more. Showing an incredible 47km since new, this is undoubtedly the lowest-mileage example in existence. Value estimate:  $250,000 – $350,000.

1997 Porsche 911 Turbo, chassis no.  WP0AC2996VS375198. Ordered directly through Porsche by Dixon as a uniquely specified car, wearing $45,000 in bespoke options including a paint-to-sample Pearl Metallic finish with matching wheels, a dark root-wood interior package with an abundance of extra leather features, velour carpeting, and more. The Turbo currently shows just over 2,500 miles from new and is likely the most highly optioned, lowest-mileage example of the last of the air-cooled 911s, hailing from its original owner.  Value estimate:  $225,000 – $275,000.

1953 Porsche 356 Limousine Custom, chassis no. 50146, which is a fantastic illustration of John’s sense of humor and representative of some of the quirkier cars in the collection. Built from several cars as John’s interpretation of a 1953 pre-A 356 limousine for use in formal events, this car is one of a kind. Featuring air ride suspension, a cabin full of rare and early Porsche accessories, and more. Value estimate:   $150,000 – $250,000.

The assemblage of Porsche and VW collector items are equally impressive, according to the auction release.

“Beyond the cars, John Dixon assembled an array of some of the most fascinating and hard-to-find Porsche and Volkswagen automobilia and collectibles on the planet,” the release says.

RM Sotheby’s is currently adding event details and the full list of cars and items to the auction website, with some of the cars with photos and descriptions already posted.