Mack brothers built trucks as tenacious as a bulldog 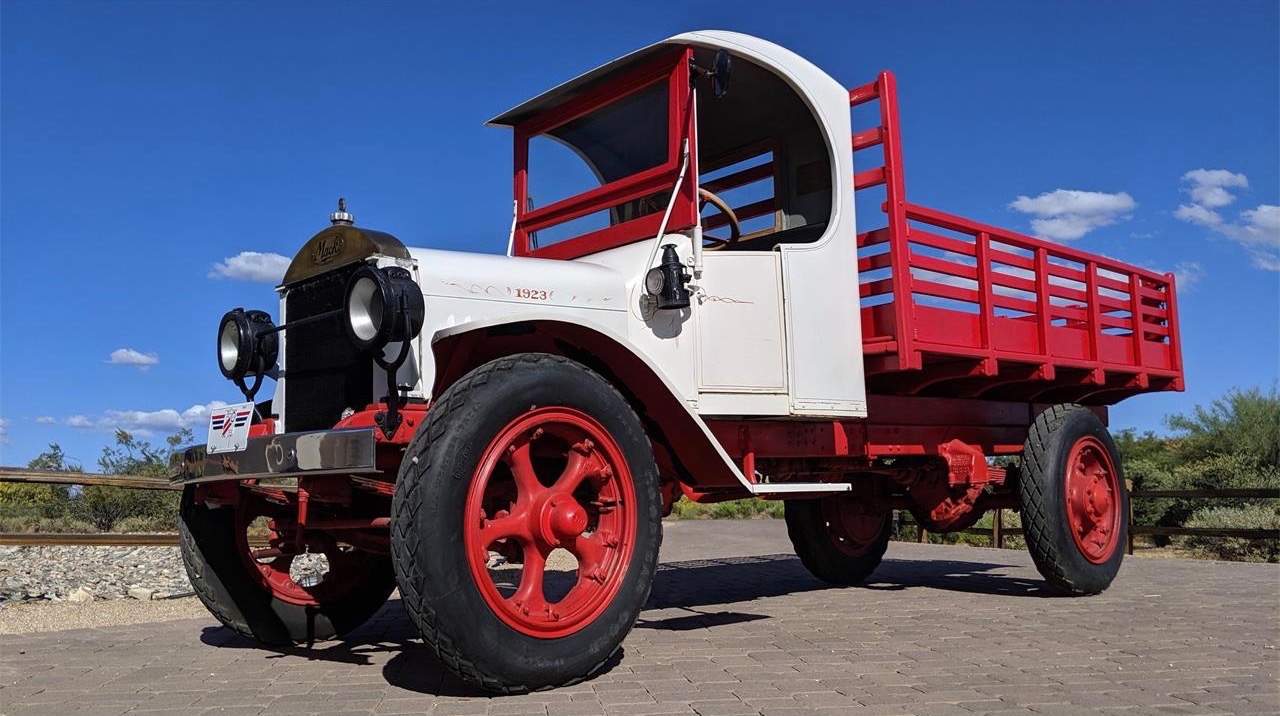 Although the private seller of the Pick of the Day is asking $111,000 in the vehicle’s advertisement on ClassicCars.com, that seller admits it is “tough to price the truck so I am accepting realistic offers and serious inquiries.”

“I grew up working in a Mack truck dealership,” the seller says. “I had to buy the truck and get it running.”

There’s a video in the advertisement that shows the engine running. The seller adds that the truck has a rust-free body and uncut frame and that it runs and drives.

John “Jack” Mack went to work for carriage maker Fallesen & Berry in Brooklyn, New York, in 1890, and three years later he and his brother, Augustus, bought the company. A year later, another brother, William, who had his own wagon-building business in Scranton, Pennsylvania, joined his brothers in Brooklyn.

The Mack Brothers Company experimented with electric- and steam-powered motorcars, and unveiled a 17-seat “big car” at Madison Square Garden. They produced “Manhattan” vehicles seating 10 to 30 people in wagonette, tonneau or tally-ho styles. Around 1905, however, they moved the business to Allentown, Pennsylvania, and began building trucks under the Manhattan brand name until 1911, when they applied their family name to their trucks. They also built rail cars and locomotives until 1930.

Among innovations the Mack brothers introduced were Gus Mack’s constant mesh system that protected gears from being damaged by inexperienced drivers, and Jack Mack’s selective feature that enabled drivers to shift from high to low and vice versa without going through all the intermedia speeds.

Because of their design and tenacious qualities, British soldiers nicknamed the Mack AC model trucks they used in World War I as the Bulldog Macks.

Mack first used the Bulldog as its corporate emblem in 1921 with a metal plate riveted to each side of each truck’s cabin. The plates showed a bull dog wearing the word “Mack” on its collar was illustrated chewing on a book titled Hauling Costs.

The 1923 Mack AB truck on offer is located in North Phoenix, Arizona.