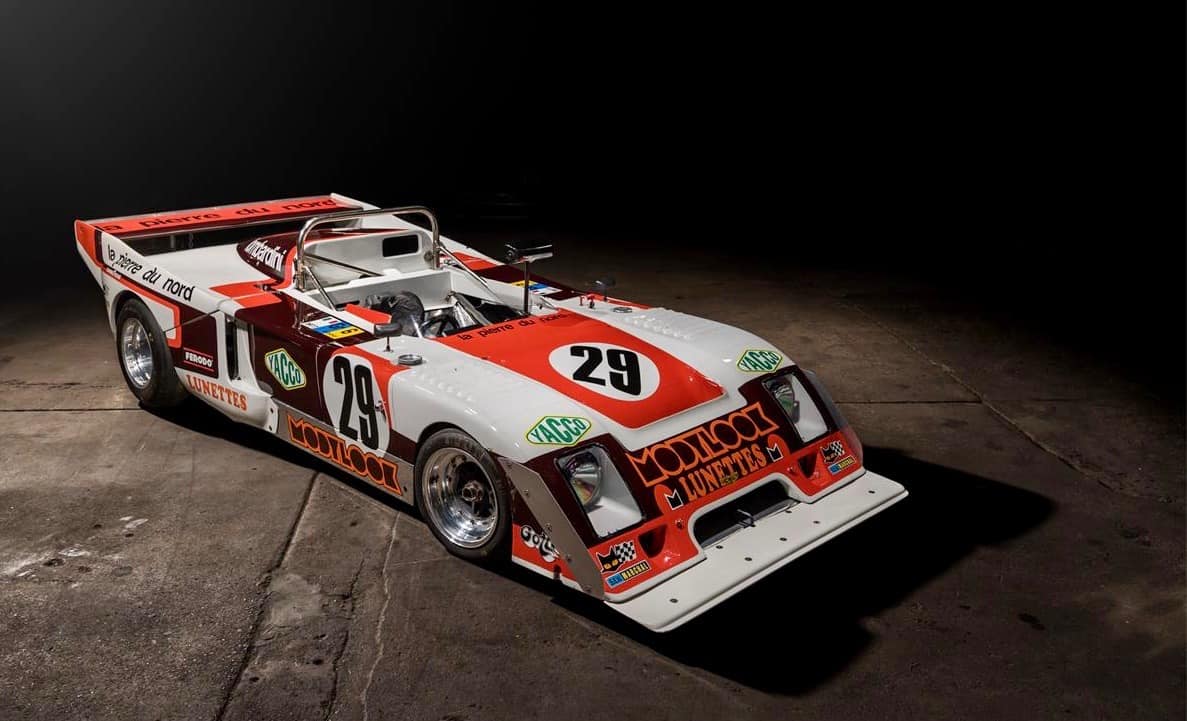 Peter Gethin, Brian Redman, Niki Lauda and Jim Crawford were just a few of the soon-to-be-famous race car drivers who raced in Chevron cars early in their careers.

The Pick of the Day is a 1978 Chevron B36 that comes with evidence of twice racing in the 24 Hours of Le Mans.

Chevron was the name British mechanic and racer-turned-racing-car manufacturer Derek Bennett put on his cars. Bennett started building his own car for England’s Clubman competition and soon others were asking him to produce copies for them to race; he launched Chevron in 1965 and ran it until his death, in a hang-gliding crash, in 1978.

According to the advertisement placed on ClassicCars.com by a dealership in Philadelphia, Chevron produced only 21 of its B36 sports racers from 1976-78.

“The B36 represented the ultimate evolution of the 2.0-liter racing cars that Chevron was known for,” the dealer says. “Featuring groundbreaking technology for the time such as a full monocoque chassis and a front splitter and rear wing producing a much-more-aerodynamic body than past iterations.

“The powerplant for the car was supplied by various different engines including a 2.0-liter BMW M-12, Cosworth BDG, and a Chrysler Sinca motor, all of which would be mated to Hewland FGA 5-speed gearbox.

“The B36 was delivered as chassis or a kit to multiple race teams and proved to be highly successful, putting up some very competitive results at Le Mans from 1977 through 1980.”

The car on offer (B36-78-ROC-01) was delivered as a kit to the ROC team with a special lightweight chassis and Formula 2-style front suspension.

“This chassis reportedly ran at Le Mans in 1978, driven by Michel Pignard, Lucien Roussiaud, and Laurent Ferrier, where it finished 11th overall, producing a class win in the 2.0-liter class,” the dealer says, adding that, “The chassis reportedly raced again in 1979 but was retired due to an accident/collision.

“This information is provided off of the historical documents that were given to us as well as research that was done on our part but as with any historical race car, the actual results are hard to prove beyond a doubt,” the dealer adds.

According to the dealer’s records, after the 1979 Le Mans race the car was sold a Swiss racer, Jakob Marx, who drove it first with a Cosworth engine and later with a BMW powerplant. The car went through a series of owners until 1992, when it was retired from competition and went into a private garage/museum “where is was lovingly cared for with the engine started regularly.”

The car, with a Cosworth BDG engine and Hewland FGA 5-speed transmission, is on offer for $325,000.