Renee Brinkerhoff and her 1956 Porsche 356A challenge the world, and child trafficking

Renee Brinkerhoff believes in diving in with both feet, and then some.

For example, when the mother of four decided to enter her first automobile competition, at age 57, she selected the La Carrera Panamericana rally and its 2,000-mile challenge.

That was in 2013. Not only did she win her class, but she added three more such titles since then, and she is believed to be the only woman to finish the grueling event each year she’s entered.

She did those events in her 1956 Porsche 356A and is preparing for her next automotive adventure: Project 356 World Rally Tour, which she’s undertaking in part with a goal to drive against child trafficking along the way.

Oh, “the way” includes participation in six events across seven continents, starting June 2 with the Peking to Paris rally.

“I had so much spare energy and personal time when my children left home,” Brinkerhoff said in a news release from her Valkyrie Racing team and its Valkyrie Gives charitable program. “I initially filled this with rallying – an incredibly exciting passion which requires immense focus and courage – but I knew there was more I could do.

“We started by exposing the audience that was building around our story to important social issues and asking for help to make peoples’ lives better.”

Brinkerhoff started researching social problems in the countries included in her tour and found that child trafficking was a major issue in seemingly all of them. 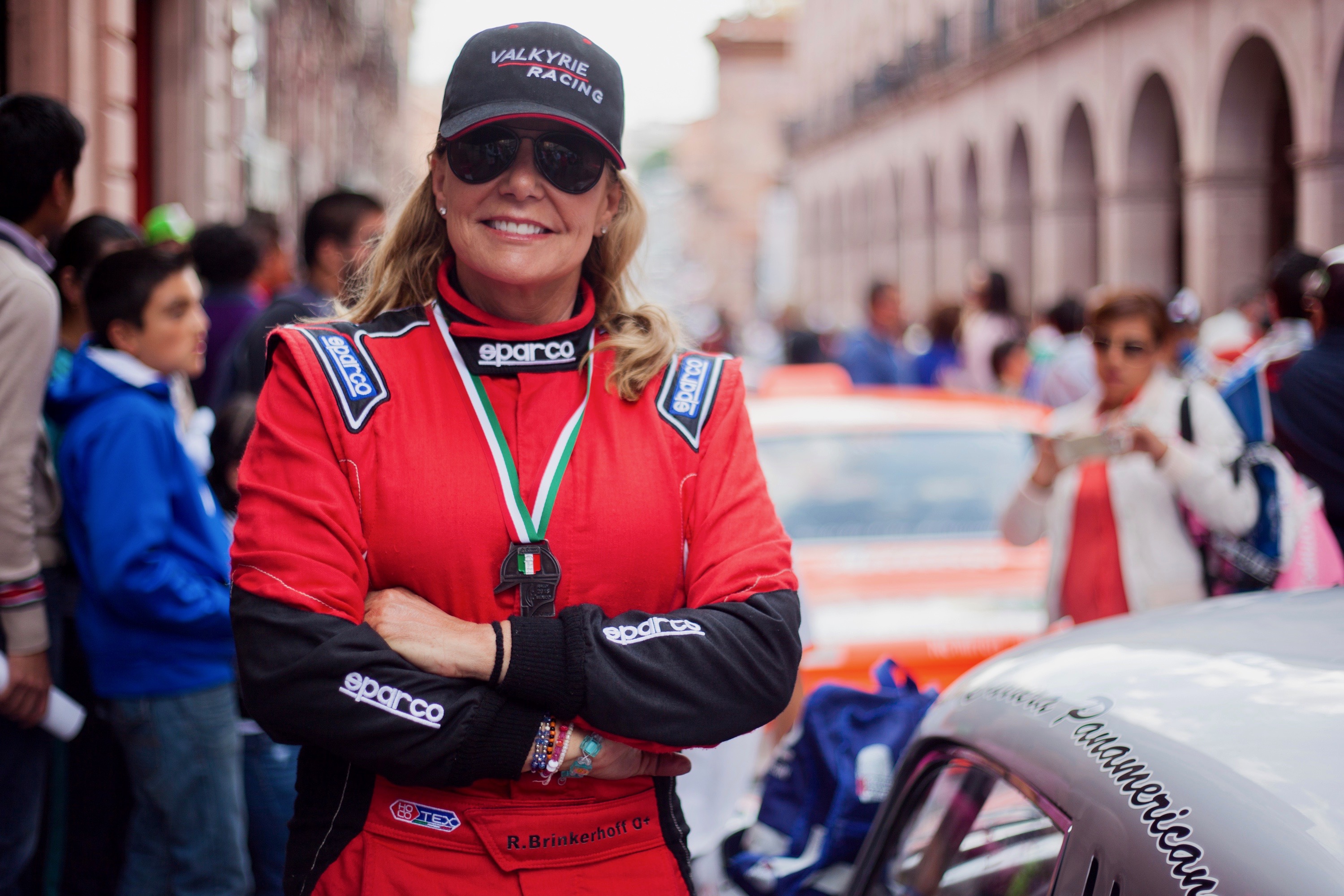 “Understanding the scale of these problems and how a lack of transparency and education keeps children in danger from exploitation and trafficking, we reached out to some of the agencies on the ground in our target areas, to figure out ways we could help by pooling our resources,” she said.

“Valkyrie Racing gives financial support to closely vetted charitable efforts active in preventing or intervening in trafficking operations and restoring victims of trafficking,” the news release reported. “These charities provide education, rescue victims, provide legal assistance and travel funds to repatriate victims and nurture and counsel them after their rescue, for a healthy and productive future.

“Brinkerhoff’s goal through Valkyrie Gives is to bring comfort to those in need, working to identify children at risk and working to secure and protect them.

“Efforts have included funding trafficking investigators and rescuers and obtaining the latest technology, so that charities can match the traffickers on a technological level. Valkyrie Racing is proactive in rural communities, taking rain boots to remote Quechua communities in Peru, and using the opportunity to educate children on their right to be safe, and when to report issues to trusted authority figures.”

Her schedule for 2019 includes the Peking to Paris this summer and the East African Classic in November. In 2020, there’s a race in Antarctica she plans to enter.

For more about her program, visit the Valkyrie Racing website.

Question of the Day: What is your favorite Pontiac from the 1960s?