Editor’s note: We’ve selected four summer driving-season events that we will feature this month as potential road trips for you to consider. We began with Carlisle Events. Next up: The Rodeo Drive Concours d’Elegance on Father’s Day weekend in Los Angeles. Yet to come: The Concours d’Elegance at Copshaholm, July 13 in South Bend, Indiana, and  Hot August Nights hot-rod and custom car celebration August 2-11 in northern Nevada. 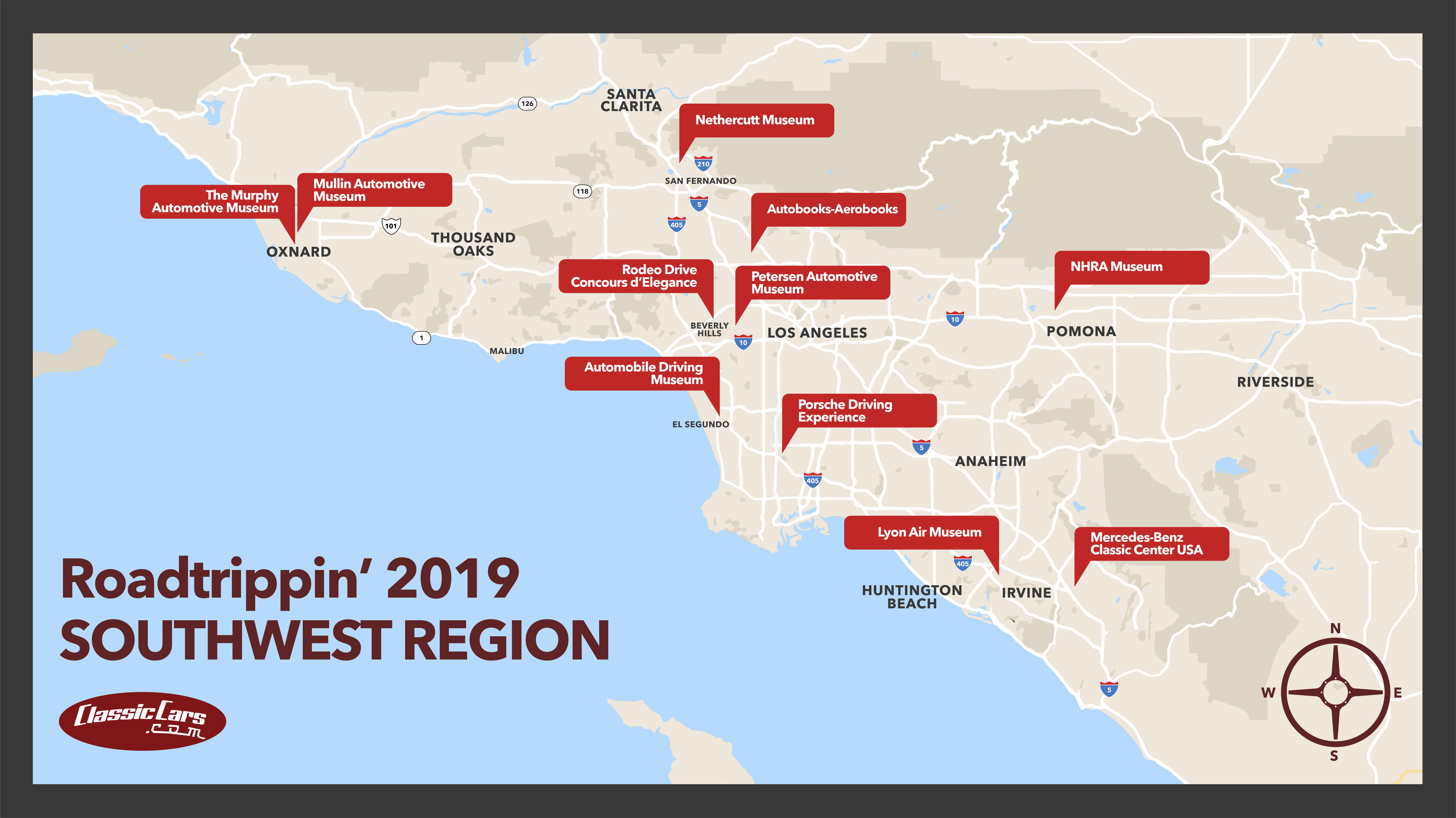 As streets go, Rodeo Drive isn’t very long, spanning only a few blocks between Sunset and Wilshire Boulevards. The northern section is residential, albeit Beverly Hill residential, but the three blocks south of Santa Monica Boulevard comprise perhaps the most famous luxury shopping district in the world.

The stores along those blocks — Louis Vuitton, Harry Winston, Van Cleef & Arpels, Prada, Cartier, Ralph Lauren, etc. — cater to the lifestyles of the rich and famous. But once a year, on Father’s Day, the Rodeo Drive shopping district becomes the site of a car show, albeit a curated car show that has become a recognized if perhaps more casual concours d’elegance, and which in 2019 will feature the centenary of Bentley Motors. In addition to those most British of fine automobiles, there will be American muscle cars  and an international collection of racing cars, pre-war classics, current exotics and luxury vehicles.

In addition to all that, ClassicCars.com and its Future Classic Car Show will display two vehicles from the collection of the late Fast and Furious actor Paul Walker.

“We’re proud to celebrate the history and craftsmanship of Bentley on its 100th anniversary,” said concours chairman Bruce Meyer. “As one of the world’s most respected luxury and performance brands, there is a natural link between Bentley and the iconic Rodeo Drive. Our Father’s Day event will showcase the best of the best from around the world.”

In the recent inaugural issue of Magneto magazine, the editors presented their rankings of the 50 most-influential people in the classic car world. Meyer was No. 19 for such accomplishments as helping to launch the Petersen Automotive Museum and, more than a quarter-century ago, for  convincing the Rodeo Drive merchants and the Beverly Hills politicians that a Father’s Day car show was a great idea,

The Rodeo Drive concours celebrates its 26th anniversary on June 16.

For 364 days each year, Rodeo Drive’s patrons can be seen in their designer apparel and custom jewelry.  Come Father’s Day Sunday, you’re more likely to see folks in shorts and T-shirts looking not into the store windows but focused on the cars parked in front of those stores. This being a public thoroughfare, there is no admission charge, and since the concours is held on a Sunday, parking is free as well.

There is, however, a registration fee for those whose cars are selected to be displayed during the concours, and thus the show benefits the Beverly Hills Police Foundation, a charity that benefits the families of local police officers and police department employees.

As fascinating as the concours cars and setting may be, for those who live outside the Los Angeles area, it might be hard to justify a road trip for that single show. Fear not, car crazies, this is Southern California, home of American car culture and a long list of places you’ll want to visit on your extended weekend. So many in fact, that you may want to make a full week of the experience.

As a warmup to the Rodeo Drive event, there are Cars and Coffee cruise-ins June 15 in Corona and on June 16 at Newbury Park and Huntington, Beach.  For details, visit the motorin.com website.

If you check out a map of Corona, located southeast of LA in Riverside County, you’ll notice that its Grand Boulevard, laid out in the late 1880s, forms a big, 3-miles-around circle. To draw attention to the community, it turned Grand Boulevard into an auto racing track for a few years starting in 1913 with the likes of Barney Oldfield and Ralph DePalma among the drivers racing past nearly 100,000 spectators.

Decades later and not far from Corona, much-more-modern and purpose-built race tracks were created in Riverside and Ontario.  They would host major international races until being plowed under and replaced by homes for Southern California’s expanding population.

Between the sites of those former tracks and downtown LA is Pomona, which not only is home to a famous drag strip but to the National Hot Rod Association museum, which houses a variety of historic racing cars, and not just dragsters.

Speaking of car museums, the Los Angeles area has enough of them to fill an entire road trip itinerary.

Just a few blocks east of Rodeo Drive along Wilshire Boulevard is the Petersen Automotive Museum, of which the aforementioned Bruce Meyer was founding chairman and remains a key board member. The museum, which this year is celebrating its 25th anniversary, was founded by magazine publisher Robert Petersen and, in the last few years ago, Meyer and others staged a major funding effort to remodel the building inside and out, and to do the same thing with its vehicle exhibits. Must-see is a much-overused phrase, but if you’re in LA and are into cars, you really do need to spent time at the Petersen.

But it’s not the only automotive museum to include on your itinerary. Just north of LA there’s the Nethercutt Collection, an elegant museum that houses the amazing car collection of the scion of the Merle Norman Cosmetics company and his heirs.

Just south of LAX, LA’s international airport, there’s the Automobile Driving Museum, which includes the re-creation of a 1930s luxury automobile dealership showroom and an array of cars which it not only exercises but regularly offers rides to museum visitors.

West of LA in Oxnard are two more museums — the Mullin Automotive Museum with its stunning showcase of French classics, racing cars and automotive art, and the Murphy Auto Museum, which focuses on American vehicles.

Though not open as a museum, Jay Leno’s Garage occupies a couple of hangars at the Burbank Airport. Burbank also is the home of Autobooks-Aerobooks, which may well be the country’s best bookstore for automotive titles.

South of LA are the Porsche Driving Experience in Carson, the Mercedes-Benz Classic Center, the Lyon Air Museum (which also showcases automobiles) in Santa Ana, and while you’re headed that way, keep going south to the San Diego Automotive Museum and the JA Cooley Museum.

An Estimated 50,000 Car Fans and Spectators Flock to Rodeo Drive on Father’s Day

Lotus gets Goodwood feature, Penske gets ready for his run up the hill