More than a half-century ago, a new product from Owens-Corning revolutionized the way backyard vehicle builders designed and constructed cars. First dubbed glass-reinforced plastic (GRP) and later given the trade name Fiberglas, the material gave car designers the freedom to create shapes that would have been virtually impossible to duplicate in steel or aluminum.

Having worked together in the steel fabricating business, brothers Wally and Harry Hansen of the Los Angeles suburb of Inglewood were keenly aware of the challenges posed by shaping metal into complex forms. Such experience gave them an appreciation for the potential of fiberglass and, in 1953, they seized upon the opportunity to build a pair of uncommonly beautiful roadsters that met their high standards for performance, style and exclusivity.

Opting to create their vehicles entirely from scratch instead of buying prefabricated frames and fiberglass bodies “off the rack” from existing manufacturers, they drew up plans for a pair of vehicles that would provide them with the ultimate in personalized transportation. When the drawings were ready, the brothers began their ambitious project by hand fabricating two stout chassis from box channel steel into which they punched holes for lightness.

Suspension parts for the front and rear of Wally Hansen’s car were sourced from a 1953 Oldsmobile while Harry Hansen’s car used 1940 Ford suspension all around. Wally Hansen fitted his Cobra with a 200-horsepower Oldsmobile V8 engine coupled to a General Motors Hydramatic transmission while his brother opted for a 235-horsepower Cadillac V8 engine coupled to a Lincoln three-speed manual transmission. This guaranteed that while the vehicles looked the same, they would offer dramatically different driving experiences.

After the chassis were completed, body construction started with a wooden model that was covered in plaster of Paris and shaped, painted and waxed before being layered over with a combination of resin and fiberglass cloth to create a female mold divided into six sections designed to be bolted together to facilitate removal of the panels.

Contrary to the prevailing trend among Detroit manufacturers, the Hansens sculpted their vehicles so artfully that they required virtually no chrome-plated embellishment to enhance their contours. Side air scoops were functional and small fins gave the cars an upmarket look. Performance for both Hansen Cobras was respectable, although Wally Hansen’s car hit 90 mph at the end of the quarter-mile, whereas the other could reach 100 mph thanks to its substantially more powerful Cadillac engine.

There was no trunk or provision for weather protection on either car, all in keeping with their intended function as showpieces, whether on the road or in an exhibit hall.

The twin Cobras took 17 months to build and, when completed, were displayed nose to nose at the 1954 Petersen Motorama where they garnered considerable public acclaim and won awards for their design and workmanship. They were later the subject of a feature article in the February 1955 issue of Motor Trend magazine.

In 1957, the Hansen brothers’ friend, Fred Eppele, prevailed upon them to build a third Cobra, which was powered by a Cadillac engine and painted medium metallic green. Had the Corvette and Thunderbird not been introduced, the Hansen brothers would have seriously considered placing their striking car in limited production. They would also have likely copyrighted the “Cobra” name and Carroll Shelby would have been obliged to approach them for permission to use it for his own sports car.

When the excitement of owning and driving the unique machines ultimately waned, the brothers sold them, as did Eppele. Surprisingly, the three Cobras were all but forgotten until a San Diego collector acquired the Oldsmobile-powered car and restored it. When it became part of the Margie and Robert E. Petersen collection in 2006, word spread rapidly and the Hansen brothers were soon in contact with the Petersen Automotive Museum to arrange a visit to see their special creation.

We were grateful for the opportunity to meet with the brothers and to reacquaint them with one of their remarkable vehicles and they shared rare images, posed for photographs, and told stories of their brief exploits as automakers during their visit.

Since our last meeting with the Hansen brothers, the Cadillac-powered car has also resurfaced and was purchased by the brothers who jointly donated it to the Petersen Automotive Museum so that it can be reunited with the other car. It would be difficult to conceive of a more generous and thoughtful gift and we are truly grateful to the Hansen brothers for making it possible for us to reunite their Cobras after so many years.

Like many other such mid-century customs, both cars have survived despite the odds and while each of them will need a bit of attention to return them to their original show-stopping luster, the chance to recreate the moment when the cars debuted together more than a half century ago make it an opportunity not to be missed. Now the only mystery remaining is whatever became of the third Cobra. 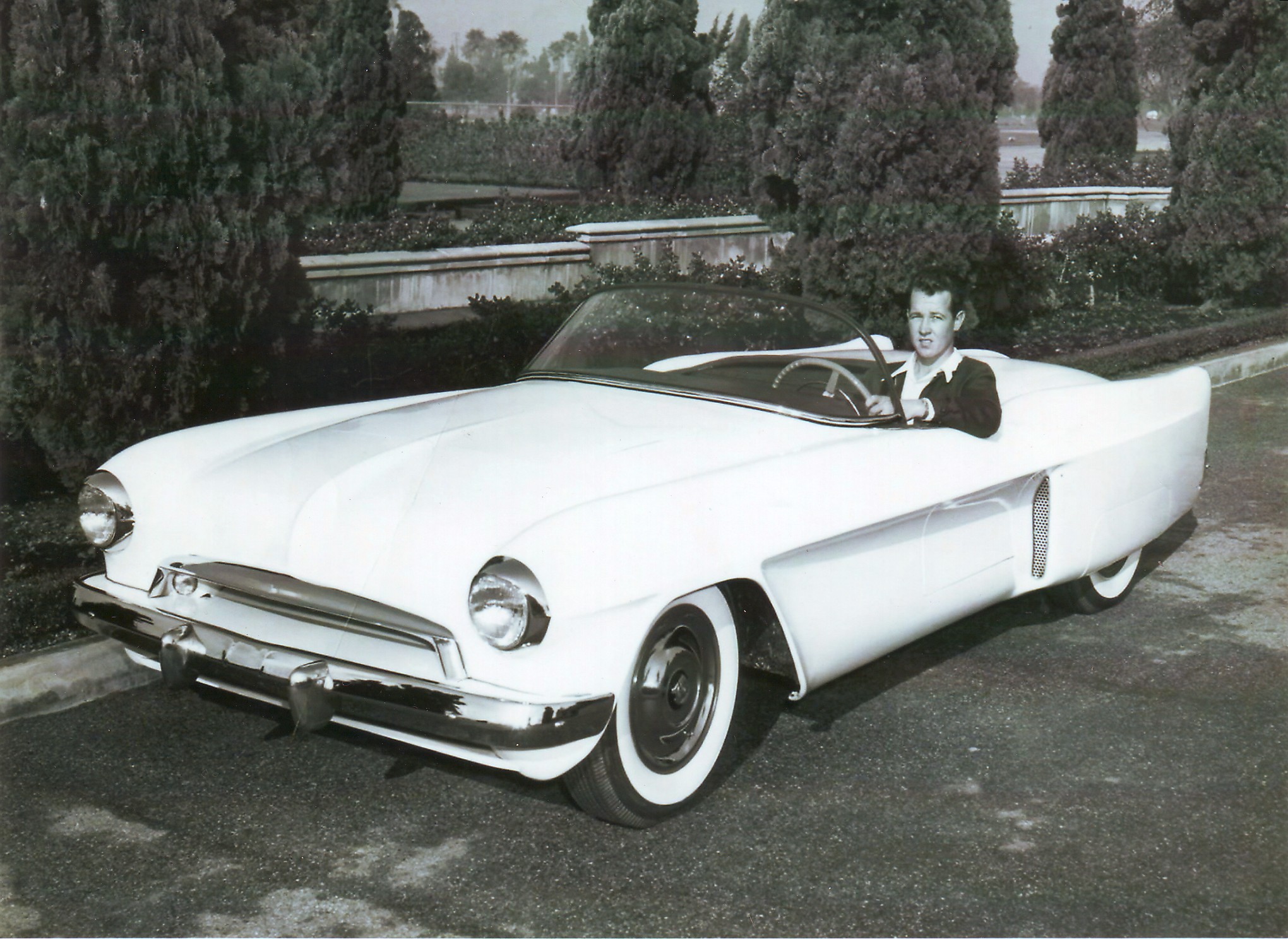 Question of the Day: What is your favorite car from the 1990s?

Pick of the Day: 1972 Buick Centurion

An Estimated 50,000 Car Fans and Spectators Flock to Rodeo Drive on Father’s Day