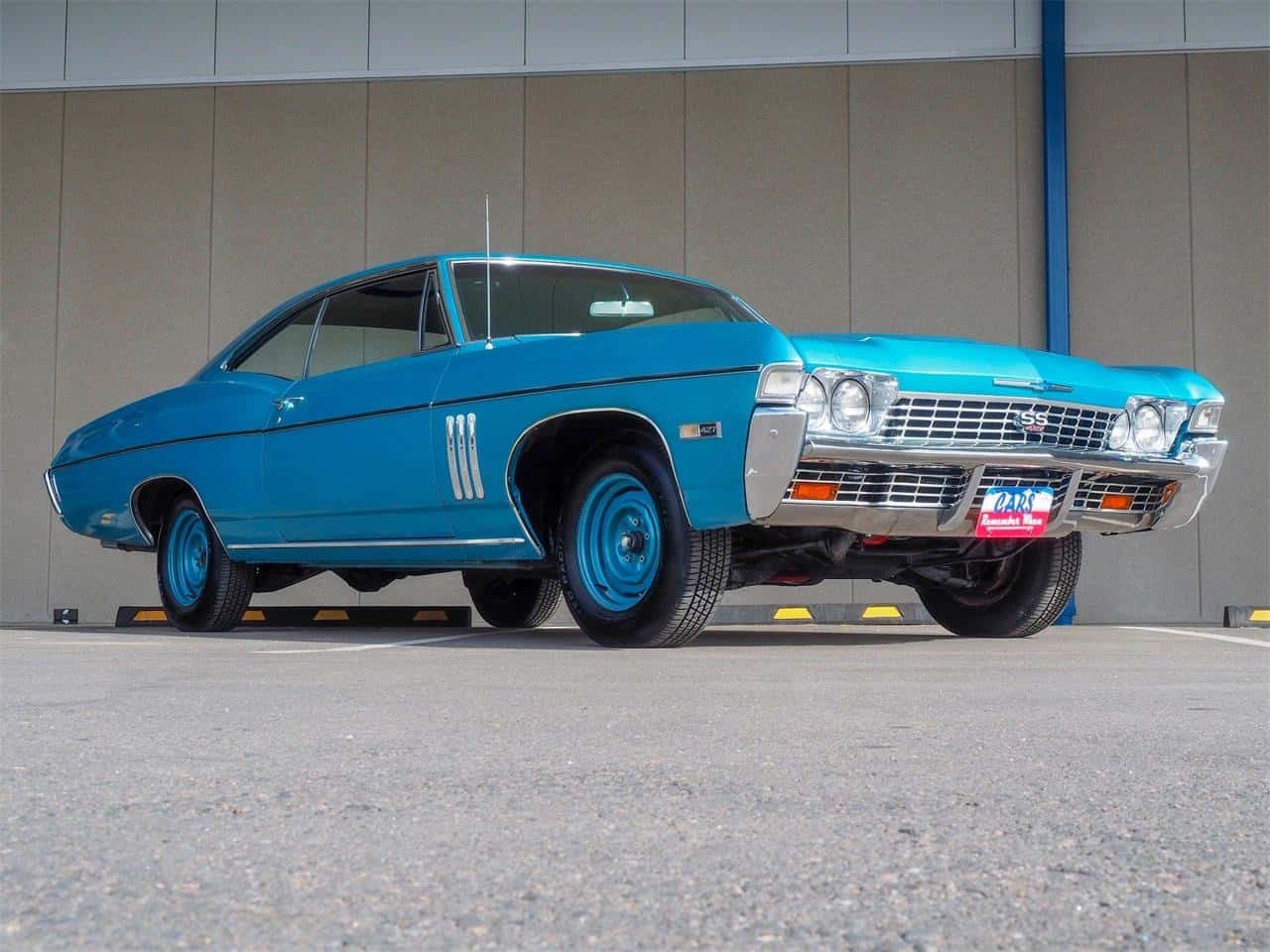 As if a 1968 Chevrolet Impala SS Sport Coupe with its original 427cid V8 isn’t rare enough, the Pick of the Day has been a one-owner car and was ordered with a front bench seat, according to the Englewood, Colorado, dealership advertising the car on ClassicCars.com.

“It shouldn’t be news to anyone that Impalas like this 1968 SS 427 are being snatched up by collectors as quickly as they can find them,” the dealer states in that ad. “427 V8 power, full-sized comfort, lots of options, uniqueness and rarity.

“You’re looking at a one-owner, all-original 1968 Impala SS 427 that is one out of 1,778 ever built. Included is the original owner’s manual and Protect-O-Plate. This car has been well cared for and stored indoors for the last 20 years with less than 2,000 miles put on it during this time.

The dealer points out that the car was ordered, and originally delivered to Glendale, California, without the usual Z03 options code, which meant it came out of the assembly plant with a cloth-covered bench rather than vinyl interior with front bucket seats.

While largely stored for the past 20 years the car did undergo service, including rebuilding the front suspension, a new clutch, new brakes and engine tuneup.

“Overall the car runs great, all the lights and gauges work as well as the A/C compressor, even the door buzzer still works,” the dealer notes.

“The interior is very clean and the dash and gauges almost look brand new.”