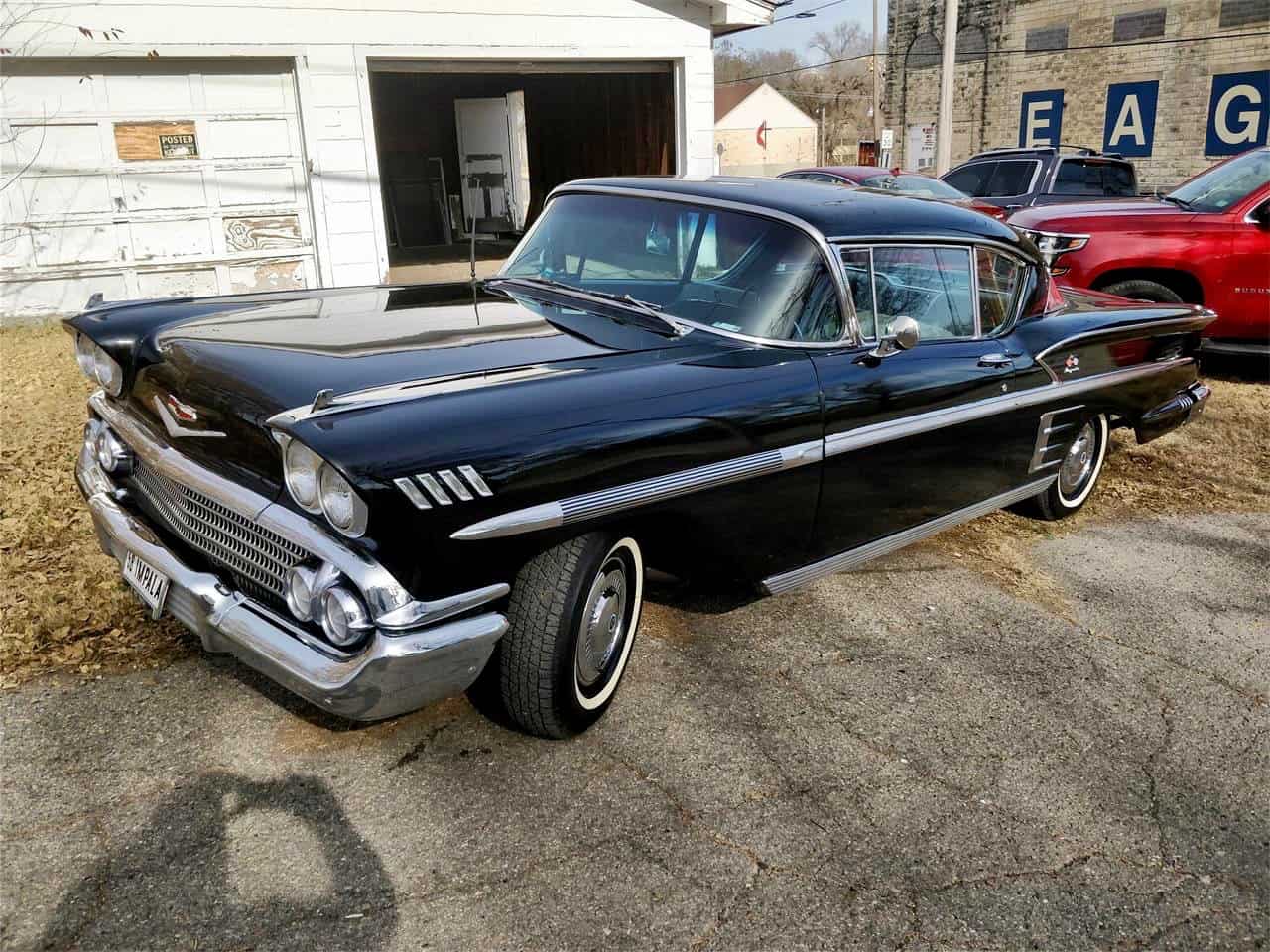 A 1958 Chevrolet Impala 2-door sport coupe owned by the same family for more than 40 years is the Pick of the Day. Black outside and aqua, silver and black inside, the private seller describes that car as “a true midnight beauty” in its advertisement on ClassicCars.com.

“The man who owned and drove it was committed to its preservation,” the seller notes. “He kept everything on the car that was original and replaced only what was essential, such as the rocker panels and gas tank.  He found and accumulated many hard to find spare parts, some of which are still in the trunk.

“About 15 years ago, he began a thorough effort to refurbish it with new and accurate paint, more painstaking work on the chrome (today almost mirror-like) and attention to interior details.

“He sought out an autobody shop with a noted craftsman and artisan of the trade.”

Shortly after that work was completed, the man died and his family put the car into storage, where it remained until 2016, when it was sold. 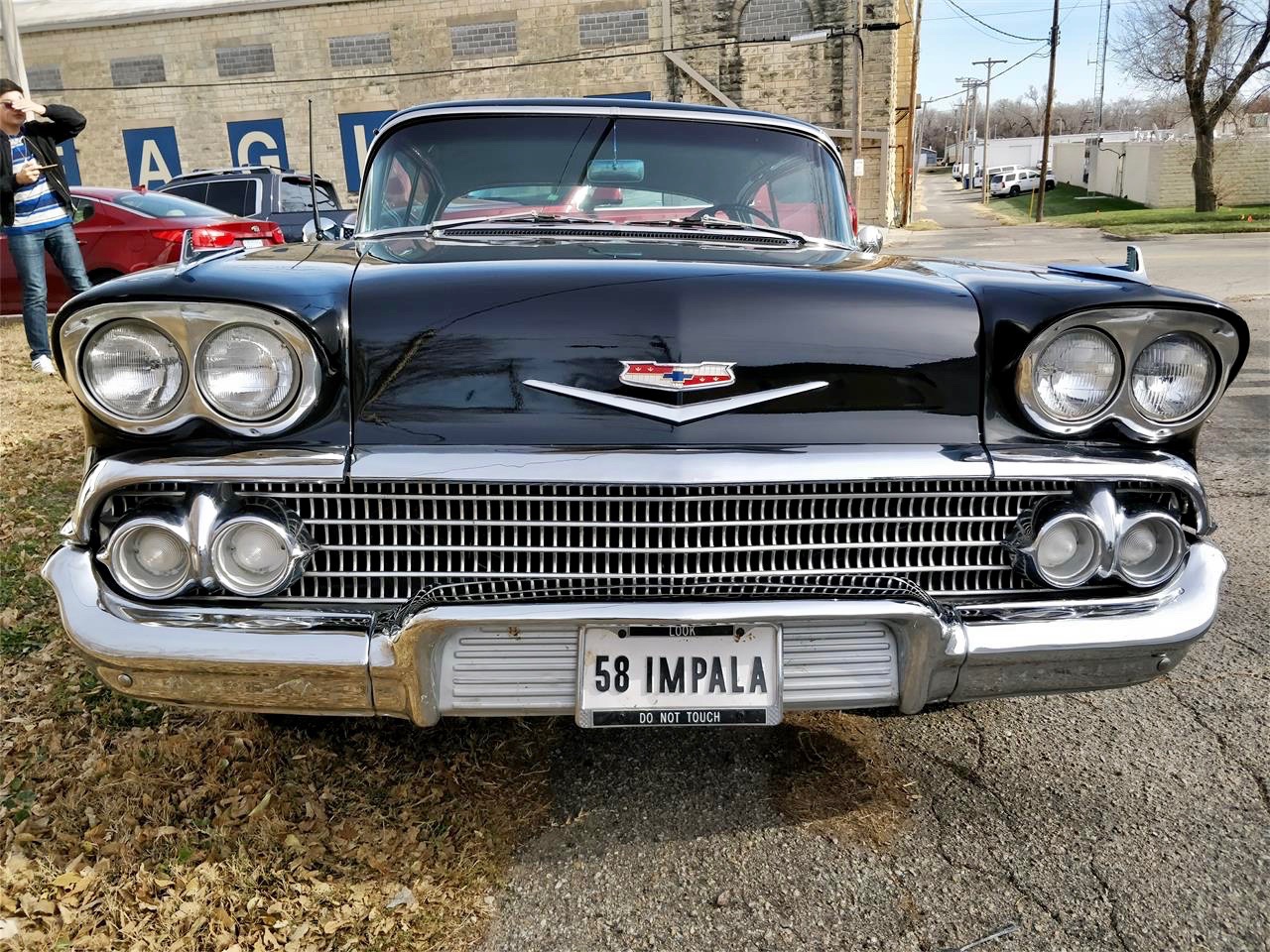 The family first offered the car to the owner of the shop that had done its refurbishing.

“He did not want to buy the car, but knew me, and of my interest in older and classic cars,” the seller reports.

The shop is in Kansas, the second owner is in Oklahoma, but the car remained in Kansas for some additional work.

“Our intent was to retain its originality and the beautiful work he had done years before, while making it mechanically sound and reliable,” the ad says. “We have now completed all the repairs we thought necessary.”

Among the early work done on the car was a new gas tank and rocker panels. Later work included new coil springs, front and rear shocks, brakes and horn, custom floor mats and a front-end alignment.

The 80,932 miles on the odometer likely are original. The engine is a 283cid V8 with and the optional 4-barrel carburetor. In 1958, the engine was rated at 230 horsepower. It is linked to a 2-speed Powerglide automatic transmission.

The seller reports that the car “starts right up with no smoke or unusual  noise from the engine compartment” and “drives as a new car of its era would.”

Though not part of the Tri-5 Chevy era, 1958 Chevrolets have come to be cherished by collectors, especially two-door Impalas with their triple tail lamps.

The asking price is $45,500 and the car is located in Yukon, Oklahoma.