In the past few years, Gooding & Company’s Amelia Island Auction has become the go-to event on the Friday prior to the Amelia Island Concours thanks to an always-impressive lineup of the finest classic motoring machinery.

This year the bidding begins Friday, March 8, at 11 a.m. at the Omni Amelia Island Plantation.

As was the case with Gooding & Company’s 2018 Amelia Island sale, the auction is once more dominated by Porsches. OK, they must sell here or else there wouldn’t be so many choices. But seeing so many Porsches is like entering a clothing store and seeing rack after rack of the exact same shirt in different colors and sizes.

Ahem. Can we have some variety please?

Finished? Good. Don’t tell me what it is; I’m sure it’s fantastic.

While you were deciding on your choice, I made 10 of my own, none of them Porsches. After all, Gooding’s sales aren’t one-trick pony events. They’re about the breadth of automotive passion, much like the concours that follows the sale. And there’s some epic machinery looking for new homes.

So, here are my favorites:

Having always been overshadowed by the Shelby Cobra, the AC Ace Bristol is finally getting the respect than it deserves. And its race history in the SCCA’s D- and E-Production class is more than respectable. This sample is largely original, and retains its original 125-horsepower 2.0-liter six-cylinder engine as well as the stylistic grace lacking in its meathead brother. Estimate: $300,000 to  $350,000

It is, perhaps, the most revered version of the most revered generation of BMW’s 3 Series. One of 5,000 built as a homologation special to compete in the European Group A racing, the BMW M3 debuted in 1986 as a thoroughly re-engineered 3 Series. This 1988 model retains its original body boy panels, was once owned by IndyCar driver Graham Rahal, and is finished in an intoxicating red and black combination. Estimate: $90,000 to $120,000 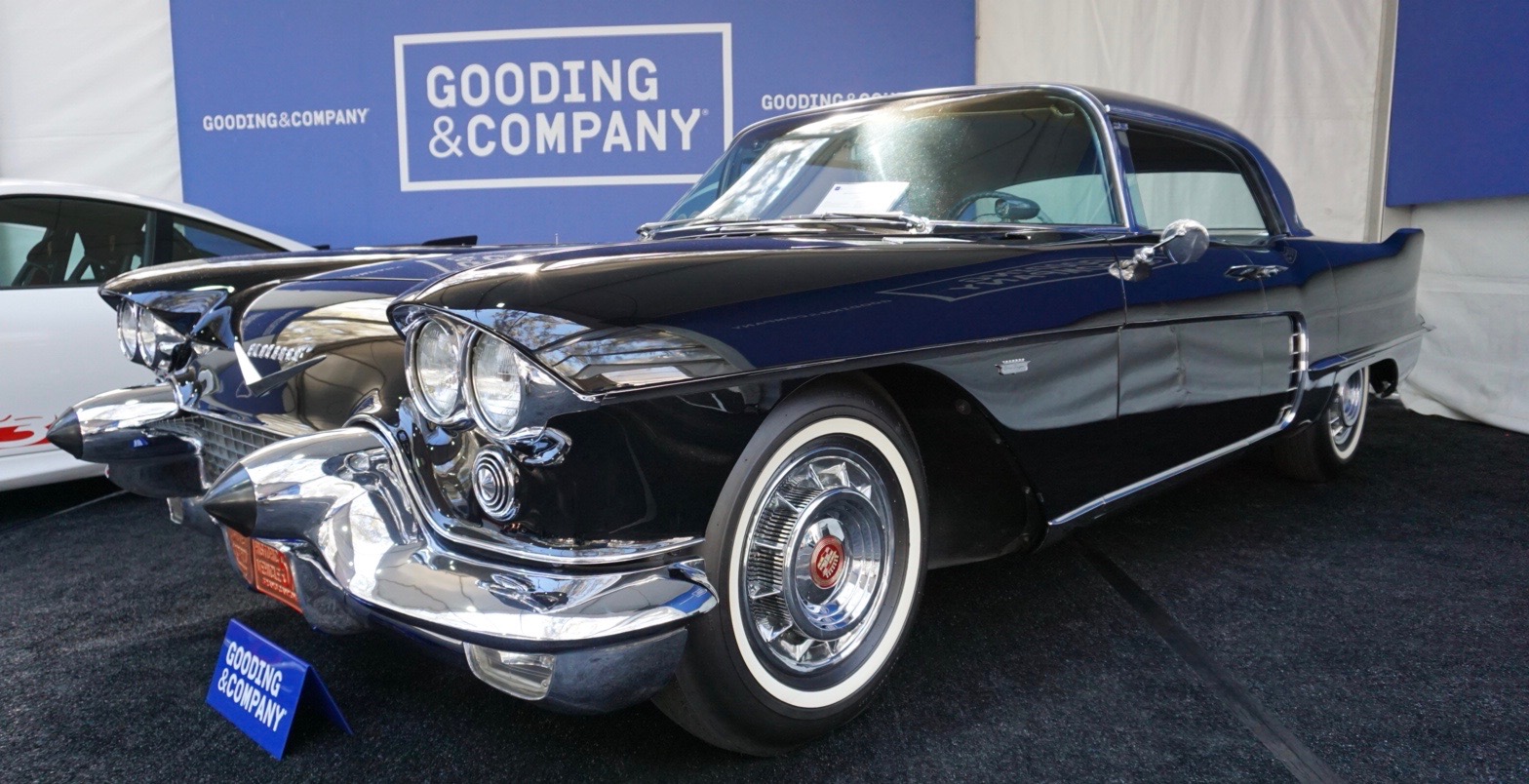 What sets this car apart, a common site at concours, is its details. One of 308 built in 1958, it retains its air suspension, which was usually replaced, as well as all of the factory vanity items. The previous owner even sourced the special tires originally fitted for this car. A stunning sample from a time when Cadillac was truly the finest car made. Estimate: $180,000 to $220,000 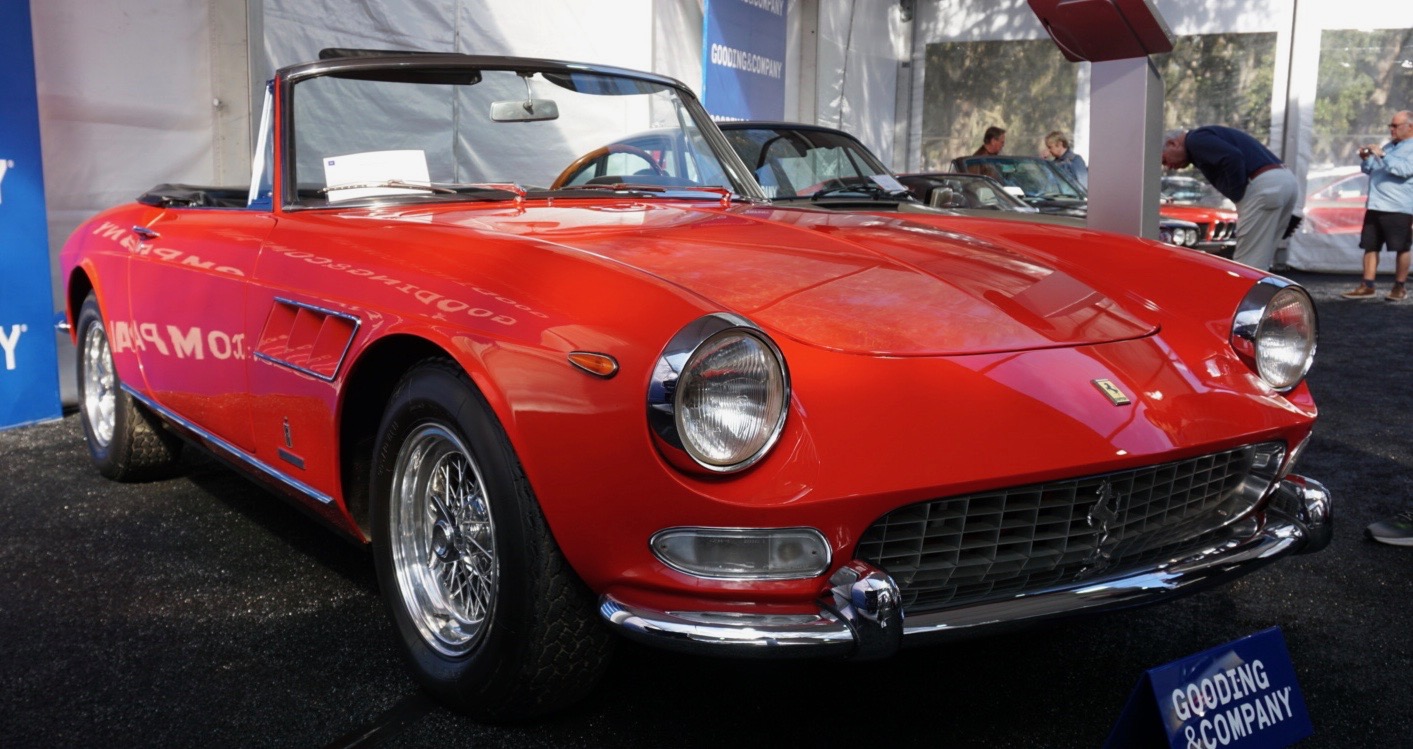 The Ferrari 275 GTS’s crisp, handsome Pininfarina-penned aesthetics and stunning performance make any car enthusiast weak in the knees. But it’s the numbers that tell the story: 0-60 mph in 6.6 seconds from its 3.3-liter V12 engine; and one of 200 made over two years. This was the fourth one built, and was displayed at the 44th annual Brussels Motor Show. Estimate: $1.3 million to $1.6 million 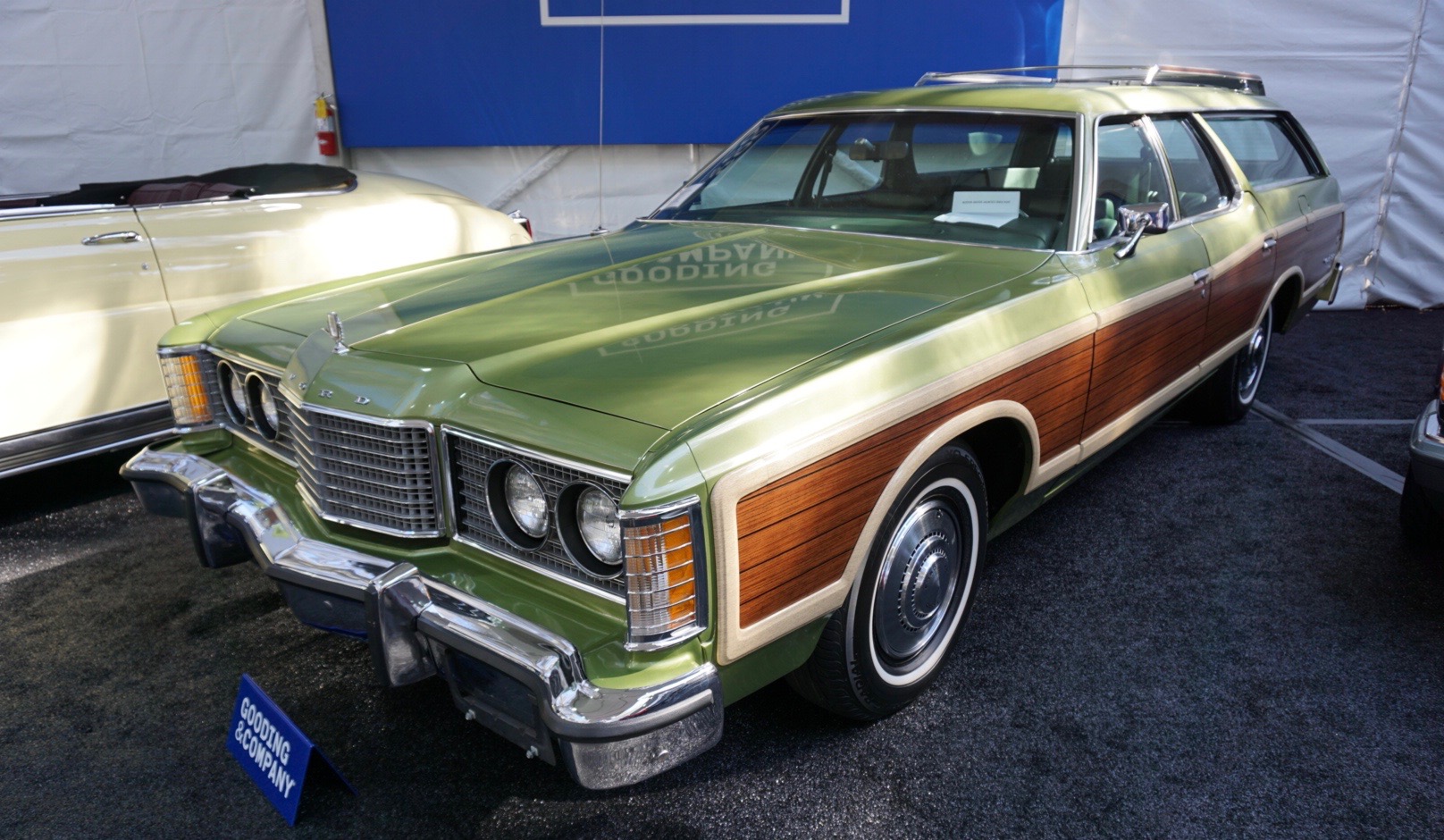 In an auction filled with rare, stunning sports cars, this green monster from the 1970s stands apart, and for any child of the 1970s, not in a good way. While its package is similar to modern-day crossovers, it’s far slower and rides much softer. Nevertheless, it delivers a driving experience that’s unattainable today. And with less than 1,500 miles from new, this time capsule is worth savoring for those who appreciate it. Estimate: $30,000 to $40,000

The last of 16 sports cars (see top photo) built by Frank Kurtis, who created the spare, elegant, two-seat sports car after stints at the Don Lee Corp. under future GM design chief Harley Earl before working with Howard “Dutch” Darrin and going on to build midget racers. This Kurtis is powered by Cadillac ‘s 331 cubic-inch V8 and three-speed gearbox and appeared in the Universal Studios movie Johnny Dark starring Tony Curtis. Estimate: $275,000 to $350,000 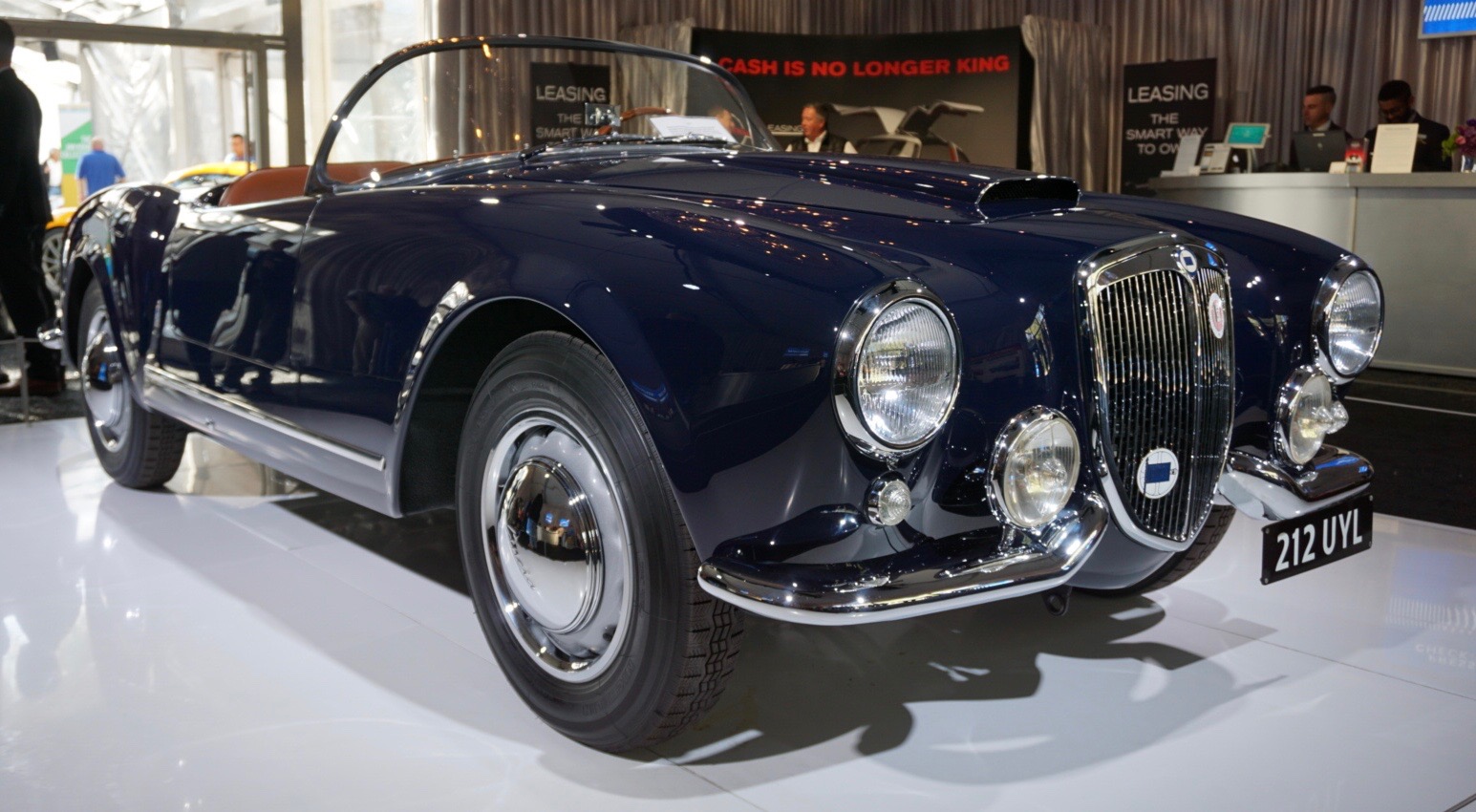 This stunning Italian beauty sprang from the Aurelia GT Coupe, considered by many to be the first true gran turismo car. As its name implies, it was developed with an eye toward Americans, who were buying boatloads of British roadsters at the time. Powered by a 2.5-liter V6, the first one used in a production car, and sporting a Pinin Farina body, this is one of 240 built. Estimate: $1.3 million to $1.6 million 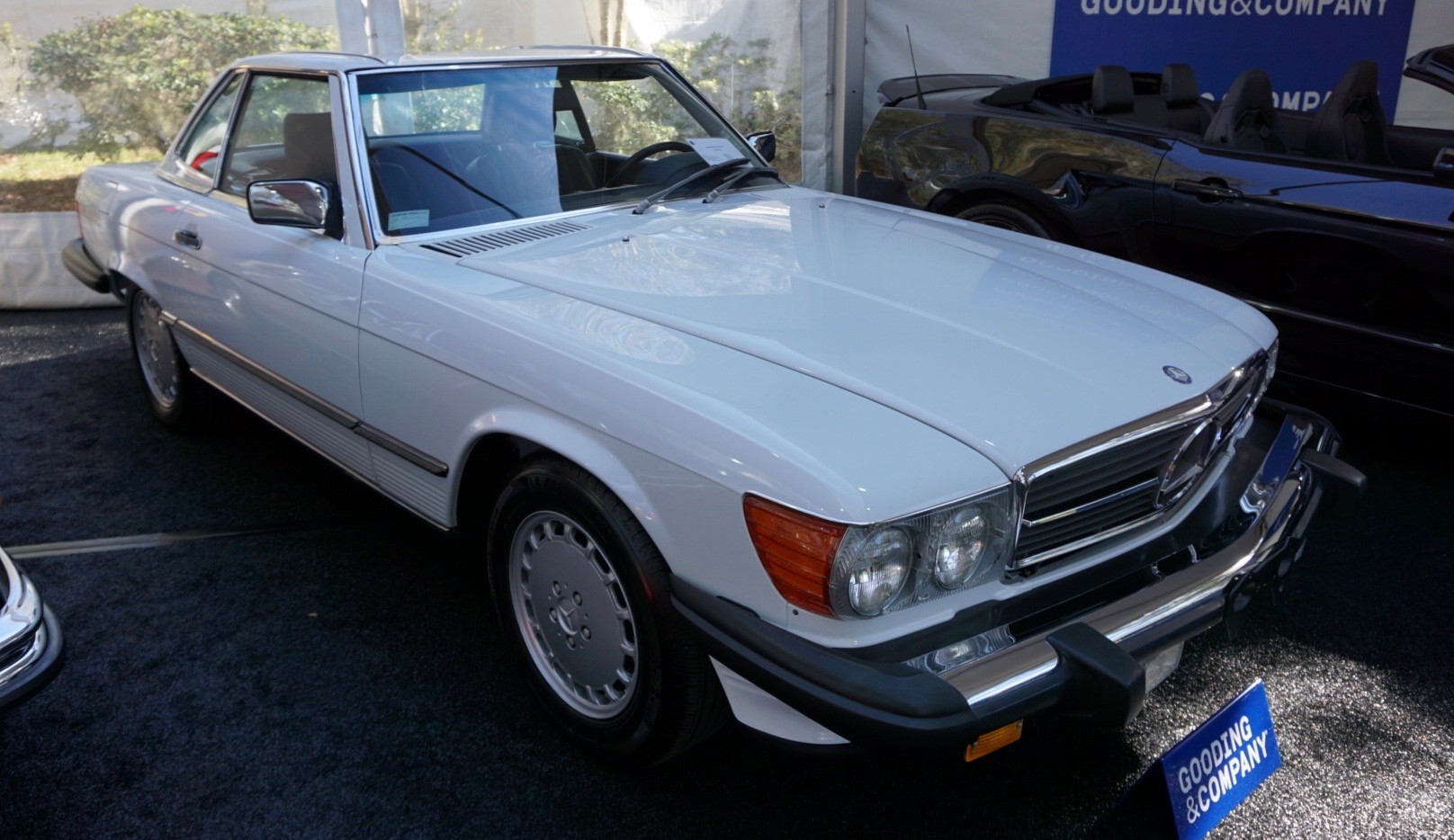 With a little more than 22,000 documented miles on the clock from new, this final-year R107 SL’s design dates to 1971 and recalls the previous Pagoda model’s appearance. Yet under the hood, you’ll find a powerful 225 horsepower 5.5-liter V8, and far fewer computers than the SLs to follow, making this one the modern-day SL to grab.  Estimate: $45,000 to $55,000

This boat-tail speedster is among the rarest and most sought-after Packards, a factory hot rod that used a narrowed, lowered Seventh Series Packard platform capped by a longer cowl that housed a highly tuned 385cid straight-8 producing 145 horsepower. But once introduced, corporate support vanished for this custom-built car. Still, its appeal defies its time. Estimate: $1.7 million to $2 million 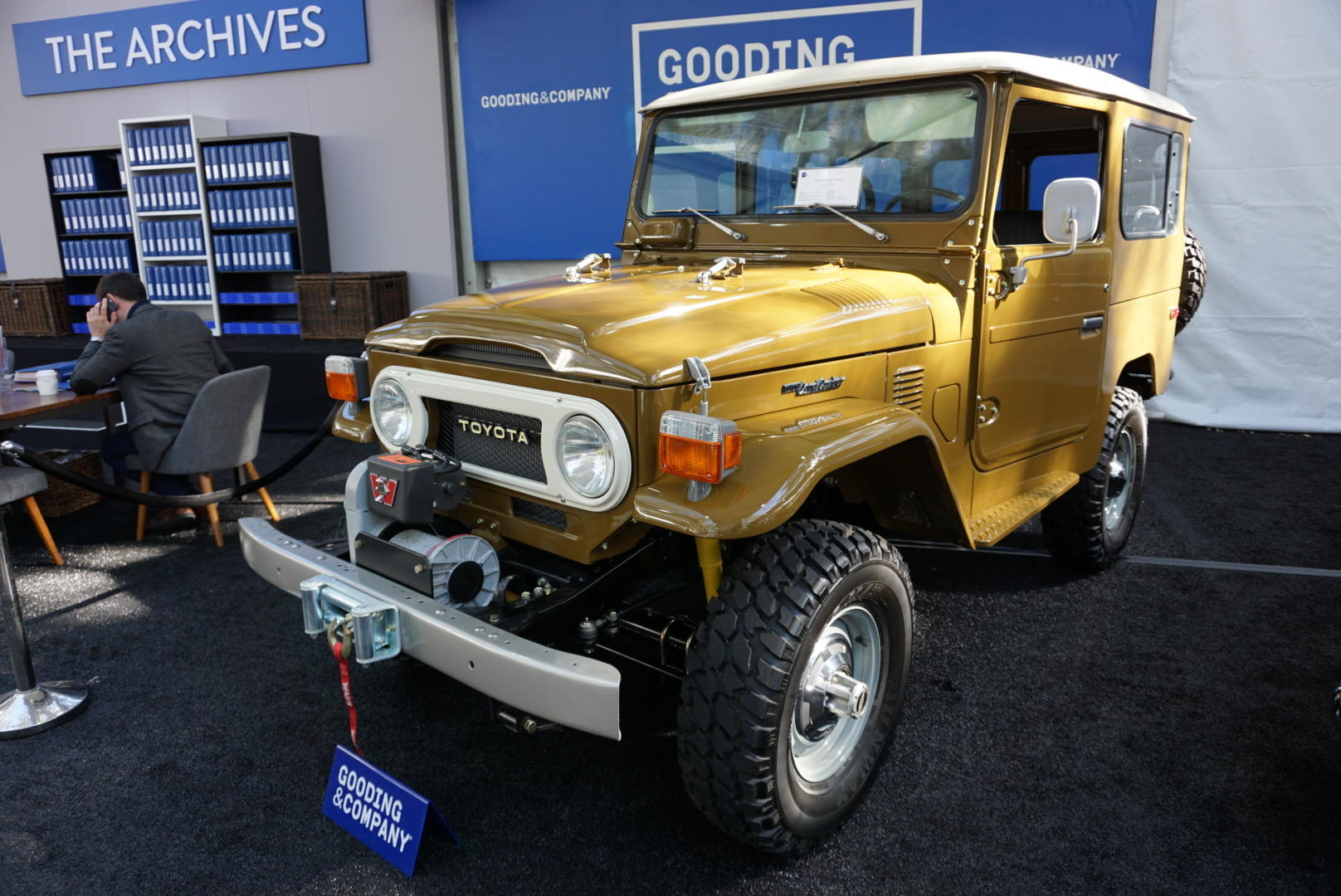 This is the vehicle that kept Toyota alive in the U.S. market in the early 1960s following the failure of its Toyopet sedan. Its barebones interior is its charm, and sitting in the back seats are an adventure since they face sideways. Still, its simplicity and durability remain its chief allure. And its relative rarity compared to a Jeep, its inspiration, ensure its continued appeal to SUV-loving Americans. Estimate: $60,000 to $80,000

The birth and too-soon death of Jean Bugatti remembered