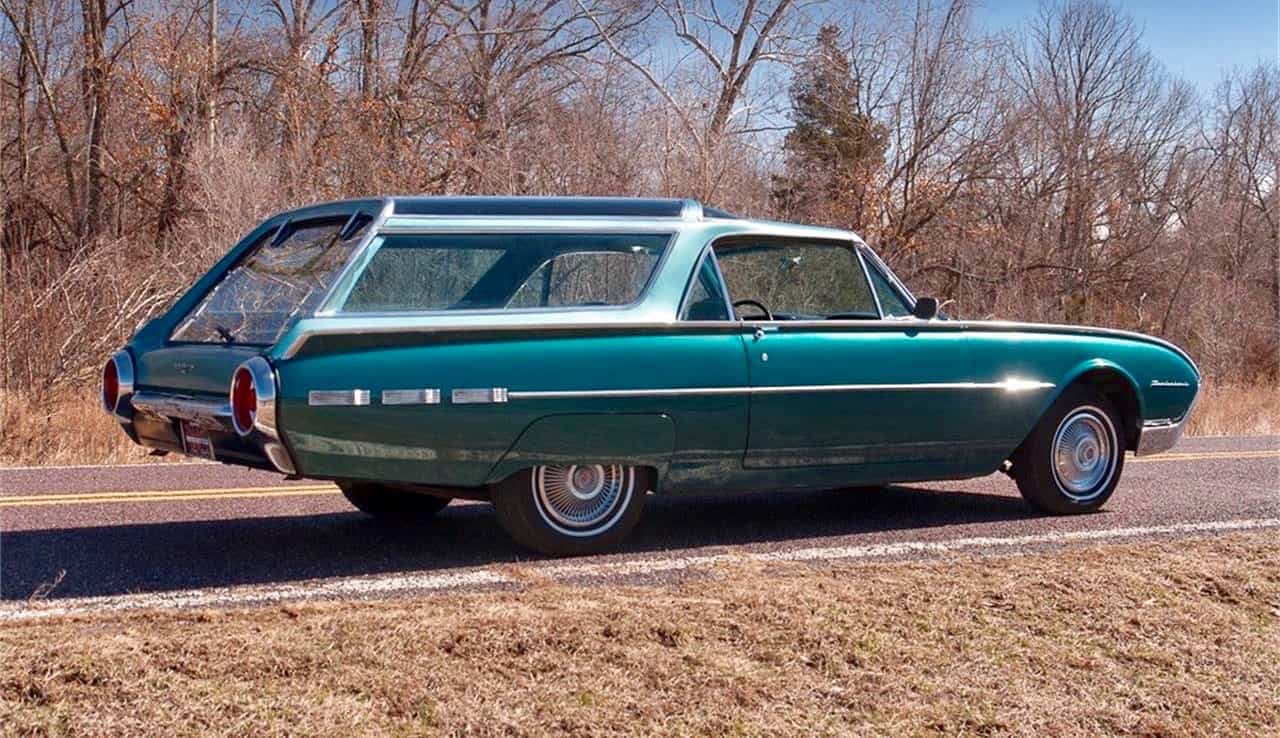 It may be the answer to a question no one ever asked, but the Pick of the Day is a 1962 Ford Thunderbird “Vista Bird” custom station wagon.

According to the car’s advertisement, placed on ClassicCars.com by a collector car dealership in St. Louis, Missouri, the one-off Vista Bird was the work of Lyman C. Dye, a body-shop owner in Idaho Falls, Idaho who also built custom cars, in this case grafting the roof of a 1965 Oldsmobile Vista Cruiser station wagon onto the hardtop coupe body of a 1962 Ford Thunderbird.

And while he was at it, Dye installed the 390cid V8 engine from a 1969 Ford under the Thunderbird’s hood. Not just any 390, by the way, but one with the crankshaft and high-lift camshaft from a Ford 428 and a Holly 650cfm 4-barrel carburetor.

The car was constructed in the late 1970s or early ’80s. Dye reportedly sold the car in 1994, and the new owner kept it until it went to the dealership this year. 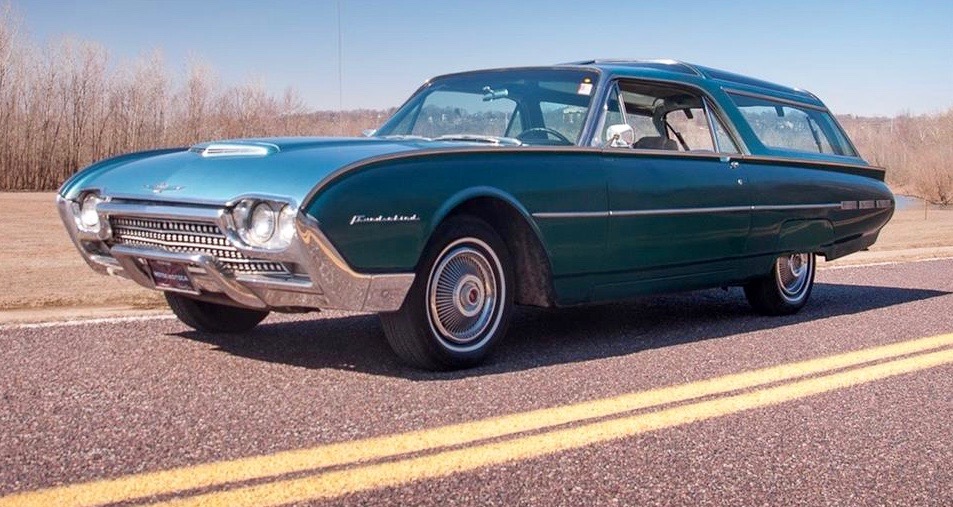 “It is estimated that Dye put more than 400 hours of labor into this project,” the dealer notes in the ad. “It took two tries to obtain the roof; a tornado destroyed the first one he ordered from a local junk yard before he could claim it. He found a second donor vehicle and detached the roof himself.

“Dye briefly had second thoughts about the alterations after he sliced the T-Bird’s roof. He slapped the roof on from the donor Olds and was astonished at how well it fit. The B-pillars had to be rolled out slightly to meet the wider roofline of the wagon but the rest was natural.

“He left the original trunk floor pan in place to serve as a spot for the spare tire well, putting a wooden floor over it to form the wagon’s cargo floor. Dye applied carpeting over the cargo floor, matching the rugs in the cabin.

“The whole rear lower body and bumper were left intact to maintain structural integrity. For the hatch lid, he had a custom tempered glass, added hinges but the struts are inoperable, from a Pinto hatchback at the top, fitted a generic T-handle at the bottom, bookended by two cabinet locks in the lower corners.”

The dealer reports that the exterior, finished in Medium Teal over Jadestone, is in “very good overall condition, however, some blemishes are apparently where the wagon’s C-pillars meet the metal above the circular taillight and other areas are showing bubbles.”

Dye redid the car’s interior to his own tastes, using burled walnut-pattern Formica trim and installing seats from a 1978 Plymouth Sapporo with lumbar supports and a tilt-back feature.

The rear seat was mounted on brackets so it could fold flat to extend the cargo floor.

“Unfortunately,” the dealer says, “the Vista-Bird languished at an upholsterer for more than two years and during that time, the shop employees forgot about the fold-down rear seat, covering it in beautiful job that prevents the seat from folding. No one has had the heart to re-do it, so the back seat remains upright.”

The “Vista Bird,” which was featured in Special Interest Autos magazine in 1997, comes with two binders of documentation, and even with a scale model of the car.

Although an asking price was not stated in the advertisement, you can view this listing on ClassicCars.com.