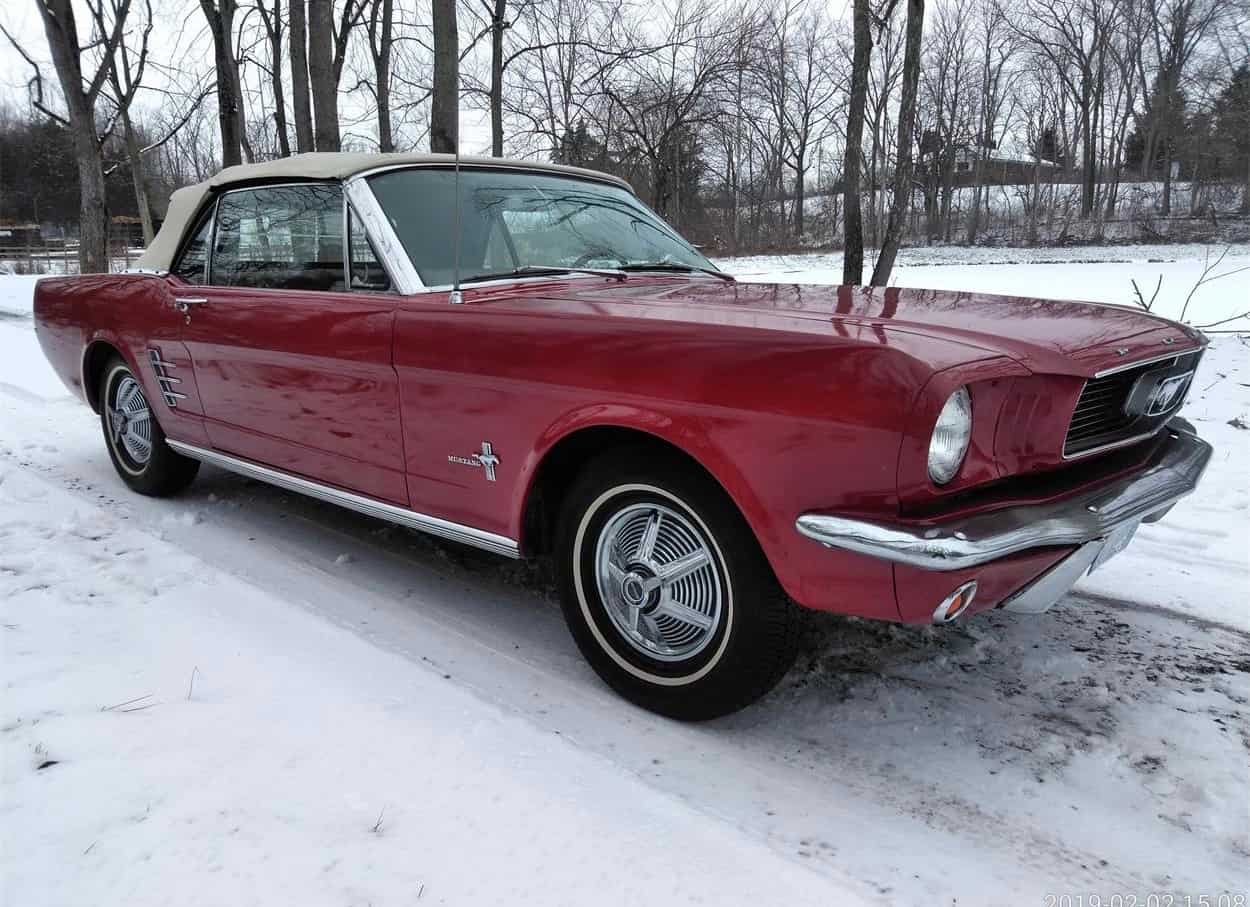 Of the three body styles available that model year, fastbacks were rarest — only 35,698 rolled out of the assembly plants. But while there were 535,449 Mustangs that year with fixed roofs, there were only 72,119 with convertible tops. 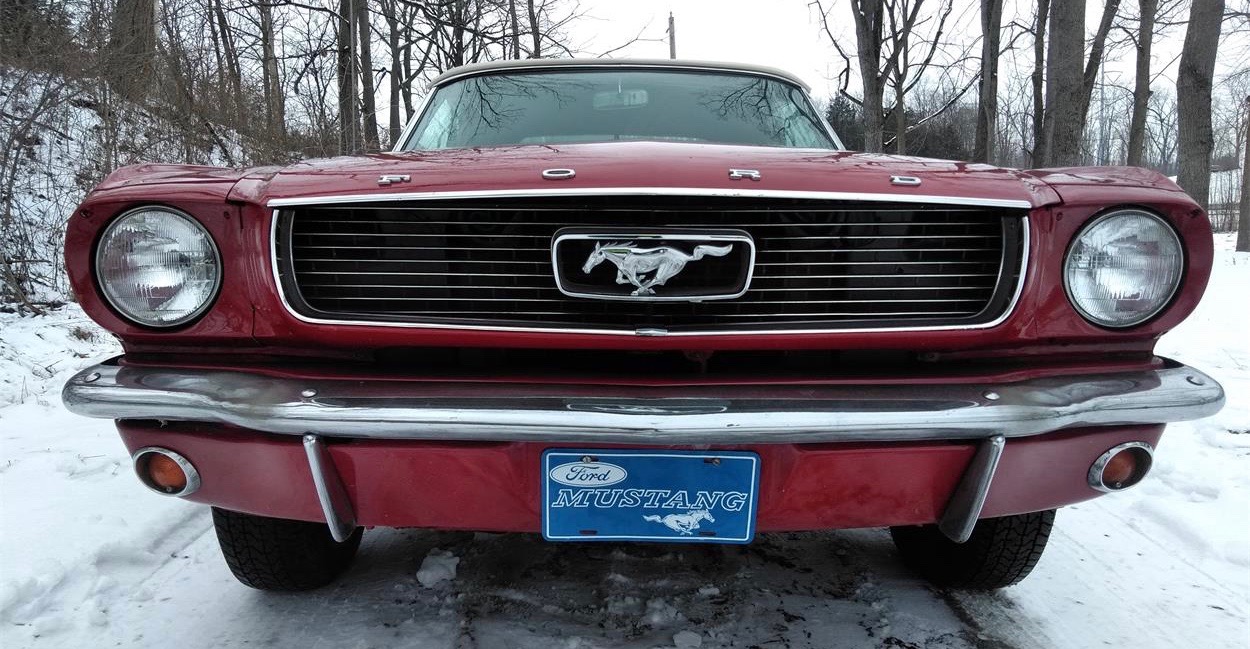 And guess what? There was something even more rare than a convertible with a 6-cylinder engine: only 3,190 of those ’66 Mustang convertibles were built with front bench seats instead of buckets.

One such car is our Pick of the Day, a 1966 Ford Mustang convertible, with a 200cid straight-6 and a front bench seat. The car came out of an estate after being owned by the same family for 37 years, according to the private seller advertising the cars on ClassicCars.com.

“Spring’s right around the corner, here’s … a nice Mustang convertible for that summer fun cruising making memories,” the seller reports.

The seller adds that the car has an automatic transmission, 90,000 miles driven since new, “it runs and drives great,” and the interior is “super nice.”

The car also has a new convertible top with glass backlight.

The car, red inside and out with a white convertible top, is located in New Lebanon, Ohio, and is for sale for $15,000.

The car presents nicely in the photos that are with the advertisement, which you can view on ClassicCars.com.