In its display at the annual SEMA Show in Las Vegas, the company said the average technology behind other coolant products is at least 25 years old, whereas its Cor-Guard coolant was designed using new research and development.

Prestone said the new coolant was tested over a period of seven years. The company displayed corrosion-free parts that it said were used during testing and compared those to parts from other cars that used competitor’s coolant, which were corroded.

“Formulated for both new and old radiators and water pumps, either protecting them against the initial effects of corrosion or helping to prevent any further damaging effects from corrosion, Prestone with patented Cor-Guard corrosion inhibitors keeps cooling systems running more effectively and helps maintain your engine’s optimum performance over the lifetime of your vehicle,” the company said in a news release. 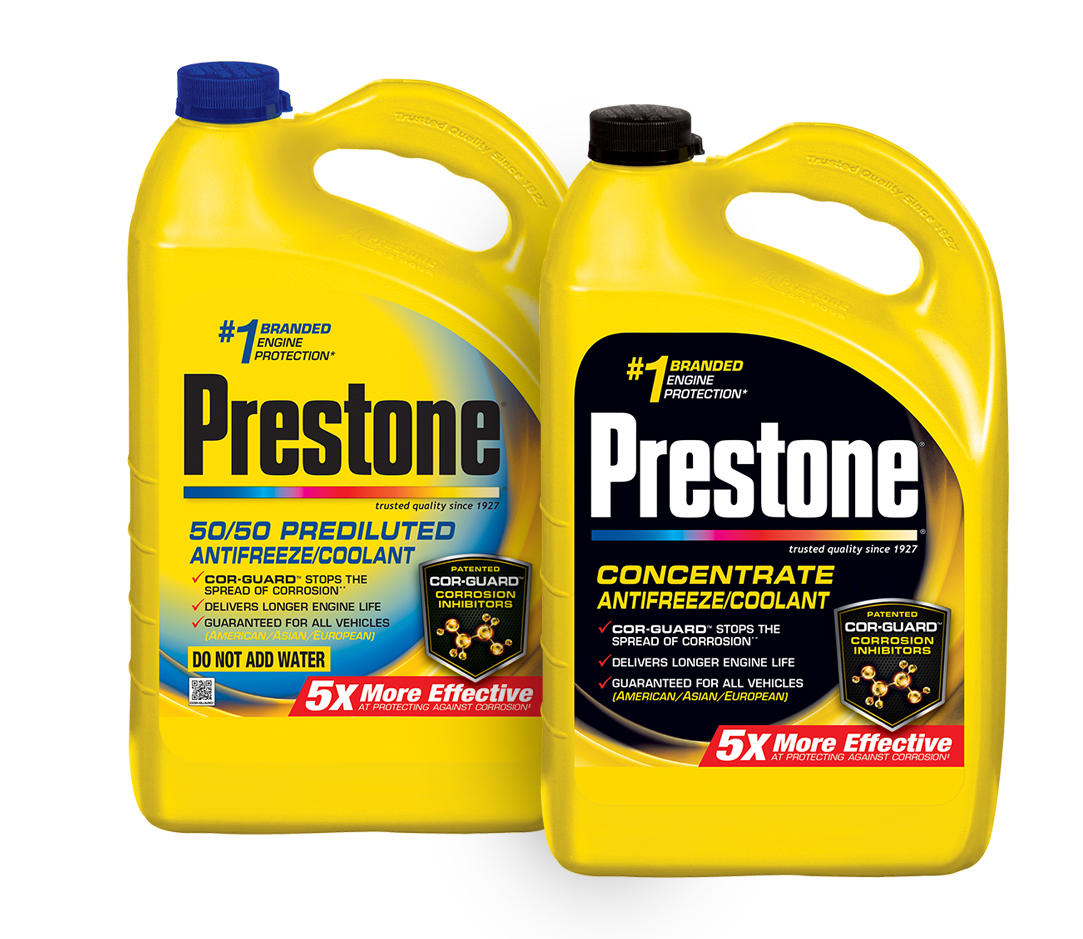 In addition, Cor-Guard begins protecting parts right away, as compared with other products that can take thousands of miles to do the same.

The new coolant is offered in two forms: Prestone Concentrate Antifreeze/Coolant, which should be used on radiators that have been flushed and cleaned, and Prestone 50/50 Prediluted Antifreeze/Coolant is designed for topping off the cooling system. The 50/50 mix is compatible with any existing fluids.

To learn more or find a retailer, head to Prestone’s website.