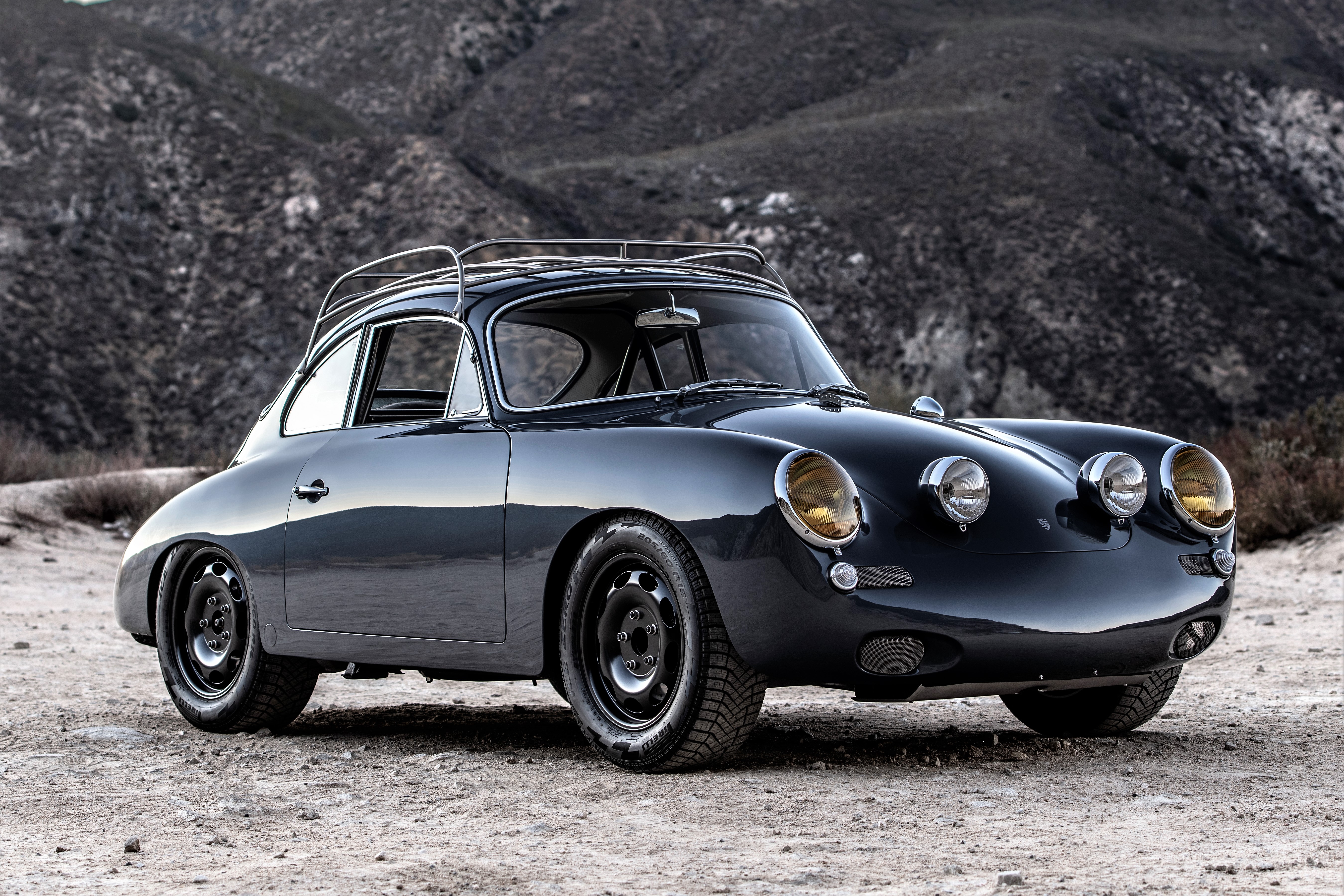 Rod Emory and his crew at Emory Motorsports have made a huge name for themselves by turning Porsche 356 sports cars into “outlaws,” even shanghaiing the once-pejorative concept and making it their own.

The California shop has moved the needle again, this time with a first-of-its kind, all-wheel-drive 356 coupe built on the underpinnings of a later 911 C4S. The result of this “novel mix of 356 and 911 technology” is a classically cool Emory 356 Outlaw with 911 handling and performance, and made to drive through rough terrains and conditions.

The car was built for a private owner, who has dubbed it the AllRad 356.

“Our build philosophy has always been to bring the best of certain eras together in our cars,” Emory, co-founder of Emory Motorsports, said in a news release. “The Emory 356 C4S is really the first ‘RS’ that we’ve built, while being the world’s first AWD 356.

“Our goal was to create a special Porsche that never existed, but should have. The end result is that the 356 C4S really presents the highest performance level possible in a 356.”

The AllRad started with a request by the customer to build an AWD 356 for traveling in inclement weather to East Coast ski slopes.

“The decision was made to artfully combine a 1964 Porsche 356C body with an all-wheel-drive 1990 911 (964) C4 chassis,” the release says. “The meticulous four-year build began by laser-scanning the 1964 body and the 1990 chassis. Points of intersection were analyzed in the CAD environment with decisions about how to marry the two made in the virtual and real-world spaces.”

In other words, the Emory builders were challenged to meld the 356 body with the 911 chassis despite serious dimensional differences – the 911 is quite a bit longer and wider than the 356.

The decision was made to shorten the 911 platform to match the 356 wheelbase and to “subtly widen” the 356’s steel body to match the 911’s rear track. Suspension is provided by adjustable KW coil-over shocks.

While the chassis, transmission and driveline are 911, the performance-tweaked powerplant is pure 356, in the form of a proprietary Emory-Rothsport Outlaw-4 twin-plug engine. Designed over a decade in a collaboration between Rod Emory and Jeff Gamroth of Rothsport Racing, the 2.4-liter flat-4 is rated at 200 horsepower. That should provide plenty of kick for this package weighing just over 2,000 pounds.

The 356 C4S has the evocative look of an Emory Outlaw, stripped to its basics and imbued with an agile stance, and with black steel wheels and wide tires setting off the glossy Graphite Blue Metallic paint, an OEM color.

The interior has been upgraded with competition seating – an RS seat on the driver’s side and a Speedster chair for the passenger – and other race-style equipment, including a stout roll bar. The cabin is nicely finished, however, in leather and German square-weave carpet.

On the roof, a titanium rack has been specially designed to carry bikes, skis or other adventure gear.

As with all Emory’s radical outlaw creations, the 356 C4S was made to be driven, on or off road and through snow-packed mountain passes. With its striking appearing, light weight and strong power supplied to all four wheels, it must be a thrill to drive.