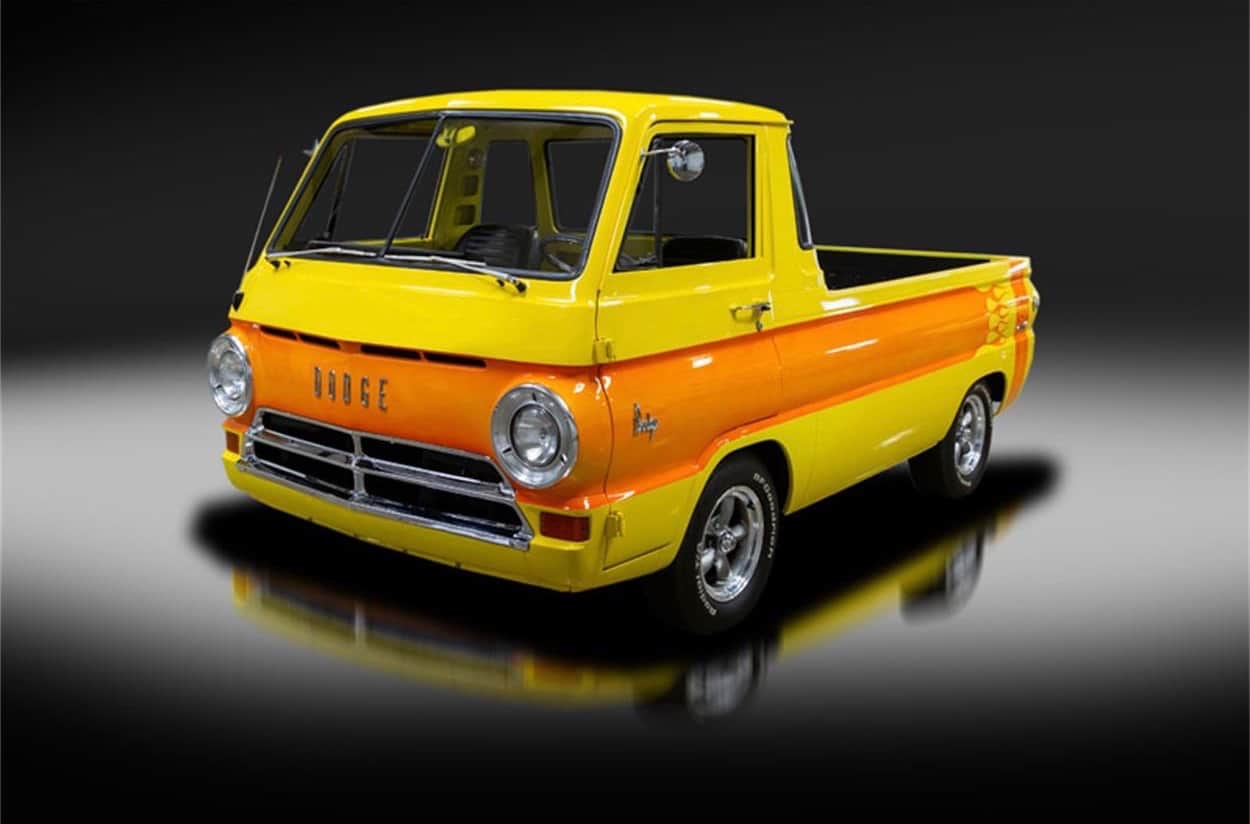 Midway through the 1964 model year, Dodge introduced its version of the van-based, forward-control pickup truck, joining the Chevrolet Corvair 95/Greenbriar and the Ford Falcon Econoline, and the Volkswagen Type 2 van-based pickup. The Pick of the Day is a 1969 Dodge A100 that the seller calls “a real life ‘Hot Wheel’.”

“The Dodge A100 is a range of American compact vans and trucks manufactured from 1964 to 1970 by the Chrysler Corporation,” the seller, a dealership in Seekonk, Massachusetts, says in the vehicle’s advertisement on ClassicCars.com.

“The A100 competed with the Ford Econoline and Chevrolet Corvair Pickups.  Placing the driver on top of the front axle with the engine near the front wheels is called a ‘cab over’ vehicle. 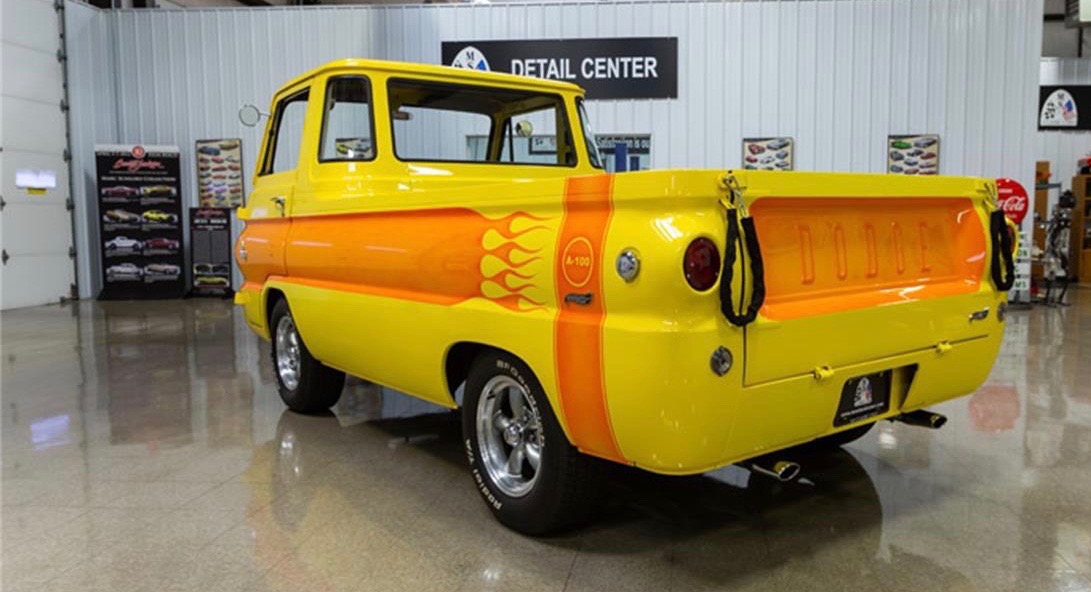 “The Dodge A100 was featured on the 1960’s Batman TV series and the episode ‘Red’s Last Day’ of the TV series That 70’s Show.  The Dodge A100 has also appeared in the movie Cars and The Texas Chainsaw Massacre.  More often than not, it was the preferred getaway vehicle of each episode’s villain.”

Rather than appearing villainous, the ’69 A100 on offer here appears to be a full-size Hot Wheels vehicle with a brilliant yellow and orange paint scheme, flames and a Mopar bumble bee stripe at the rear. It also has chrome grill, dual mirrors and Hot Wheels emblems.

The seller reports the pickup was restored in 2012, rides on 15-inch REV wheels with BFG T/A tires. The interior is done in yellow and black with Sport Comp gauges, and Budnik Dragon steering wheel.

Power is provided by a 318cid V8 factory rated at 210 horsepower. The seller notes that only 2,235 such trucks were produced for 1969 with the V8 engine, rather than the common inline-6. This engine links to a 3-speed manual transmission.