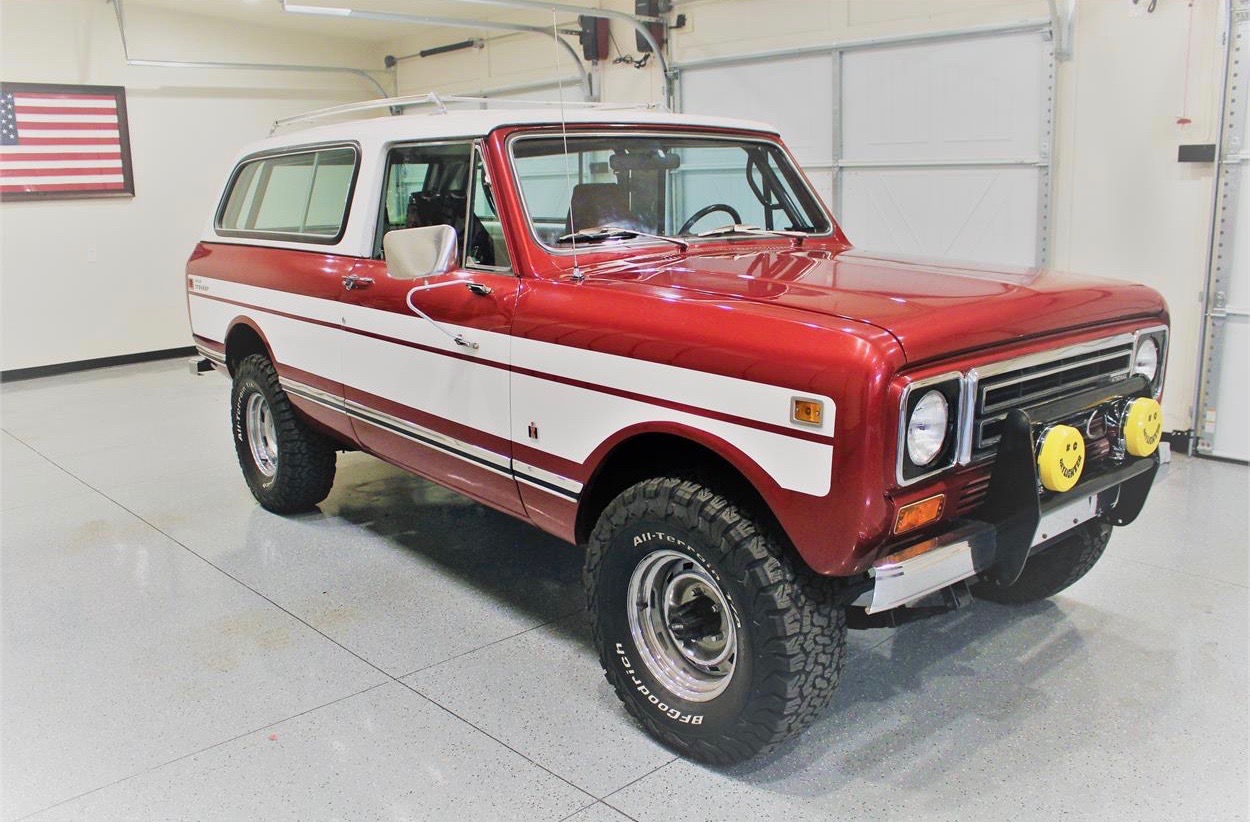 Cyrus McCormick started producing equipment for farmers in the mid-19th century. The Great Chicago Fire of 1871 destroyed his factory, but J.I. Case offered to continue McCormick production in his plant in Wisconsin and soon after the turn of the century, the companies become part of a merger that creates the International Harvester Company.

In addition to its farm equipment, the company produced passenger cars and work trucks designed for farmers. After World War II, International Harvester launched four-wheel-drive pickup trucks and what we now recognize as sport utility vehicles, including the Scout in 1961.

A second-generation version, the Scout II, followed a decade later. The Scout II was both more roadworthy and more upscale. One of those second-gen SUVs, a 1977 International Harvester Scout II, is the Pick of the Day and is being advertised on ClassicCars.com by a private seller in Paradise Valley, Arizona.

“The Traveler is longer than a regular scout II by 18 inches from the factory,” the seller adds.

“While it is possible to remove the roof for cool open-top cruising, one look at the interior, and you know this one did not spend much of its life open to the world,” the seller reports. “Rarely do you see door panels, dash, center console, and flooring in such a nice condition after all these years.”

The seller notes that this Scout II has been updated with a cupholder center console, Pioneer Bluetooth audio, and rides on new 33-inch FGB KO2 all-terrain tires and a “modest” lift kit from Rough Country. It also has a custom roll bar.

The seller says the engine is the original 345cid V8, an optional upgrade when the vehicle was new. The engine has a new Edelbrock carburetor (though the original carb has been retained). The engine links to a 3-speed automatic transmission. The Scout II also has front disc brakes and power steering. The 4WD system has a Dana 20 2-speed transfer case and Dana axles.

“Perhaps the greatest part about owning this Traveler is that it has had a tailgate conversion,” the seller says. “A tailgate from an old Scout was rescued and restored to paint match. This allows for a tailgate when the top is removed. The rear hatch of the hardtop is mated to the tailgate just like a traditional Scout II.

To view this listing on ClassicCars.com, see Pick of the Day. The asking price is $34,500.