Beetle back: Woman reunited with her first Volkswagen 22 years later

We all remember our first car. There was nothing like turning that key for the first time and taking that clunker over to show off at a friend’s house.

Most of us move on from the first car, destined for fun behind the wheels of other automobiles or ready to start real restoration projects of our own. But not Amanda Dorset, who has been reunited after more than two decades with the first car she ever owned — a 1975 Volkswagen La Grande Bug.

“It’s the most amazing thing that has ever happened to me,” she said in an interview with Volkswagen. 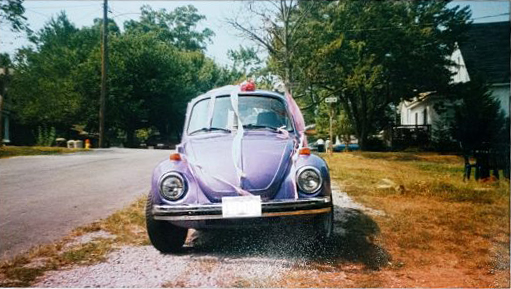 Raised in Victoria, Virginia, Dorset was born into a family of Beetle lovers; both her parents drove them. She began dreaming of owning a Beetle of her own one day and, in 1996, that dream came true.

Dorset bought her Volkswagen from a classmate. At the time, it retained its original Ancona-metallic blue paint and had only 48,000 miles on the odometer, though it was in rough shape.

“It was a hunk of junk,” Dorset recalled. “It had trees growing from the floorboard!” 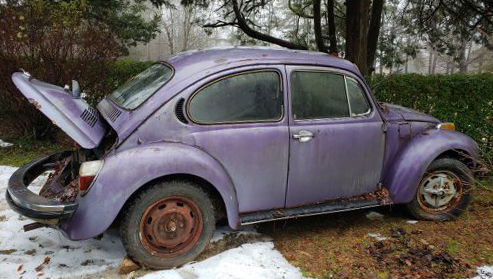 After she paid a whopping $125 for the car, Dorset painted it Plum Crazy purple and nicknamed it “Pretty Purple Penny.”

The La Grande Bug — one of the last Super Beetle sedans marketed as a luxury model — was given new engine parts, floor pans, fenders and seats.

However, Dorset only drive Penny for eight or nine months before selling the car and moving to New Jersey.

She lost track of the Beetle until last year, when a friend spotted a similar looking car online. The paint had faded and the wheels had rotted, but it was Penny.

Dorset offered to buy the car immediately for $525. When she picked it up, she found a custom decal with her name on it still stuck to the rear window. 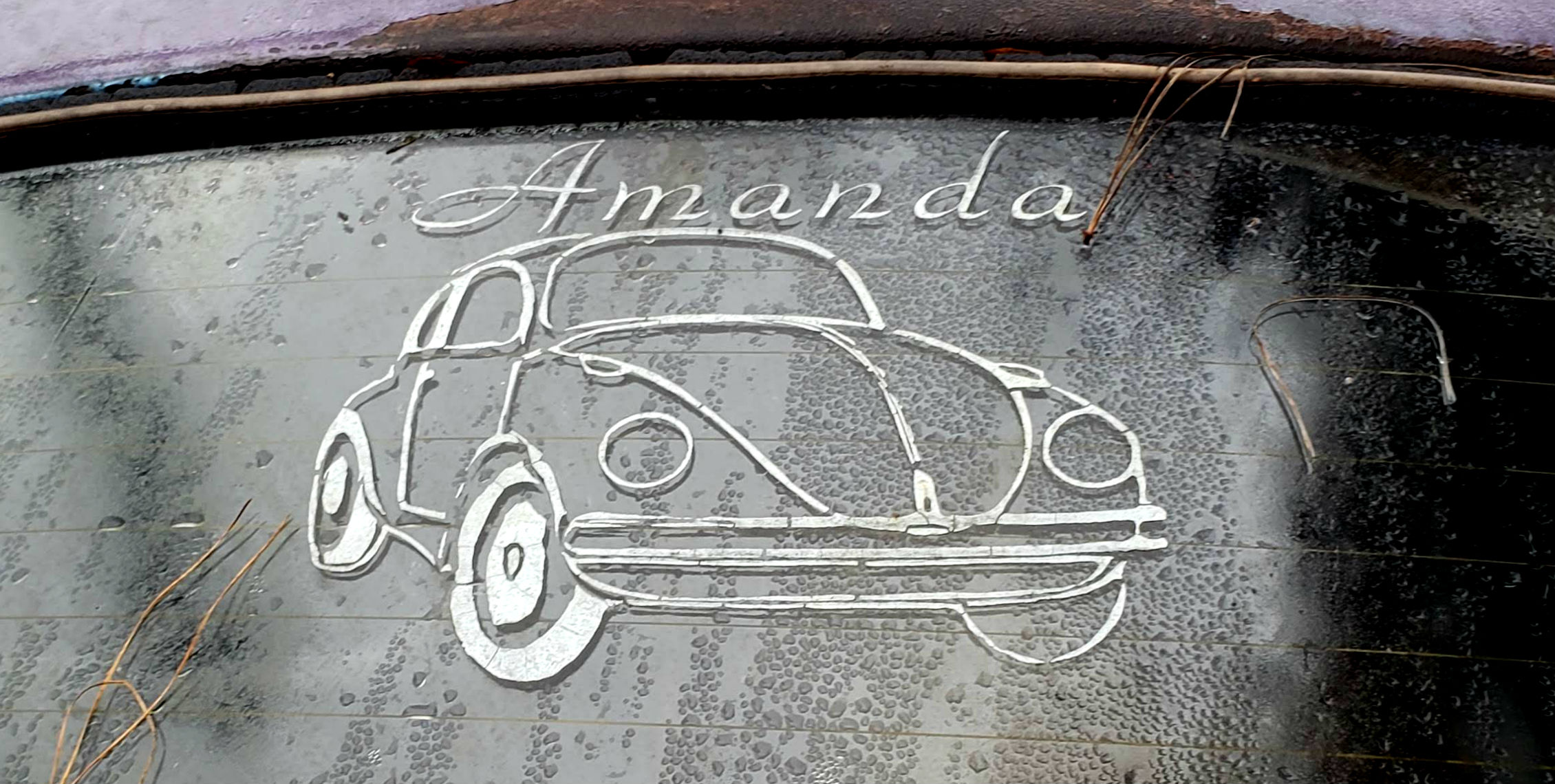 “When the seller realized it was really my car, he says, ‘Oh my, your name is still on the back window,’” she told VW.

Penny now resides at the Dorset’s Green Bay, Virginia, home alongside the family’s other VWs. Dorset said she hasn’t decided if the car will be road-readied again or wll remain parked as a piece of history.