A 1954 Mercedes-Benz 300SL Gullwing coupe, recovered from a storage unit after being hidden away for decades, will be shown next month at the Amelia Island Concours d’Elegance in Florida.

Bill Warner, the founder and chairman of the concours, helped locate the 300SL inside a Ponte Vedra Beach, Florida, storage unit last year, according to an article in the Ponte Vedra Recorder. It was thought to have been in that facility for at least 10 years, though it appears to have been much longer since it was driven.

The vehicle was found covered in dust with all of the exterior trim pieces stored inside, as if it were awaiting a new paint job that never arrived. Despite that, the car appeared to be in good condition with all its original parts, including the tires. 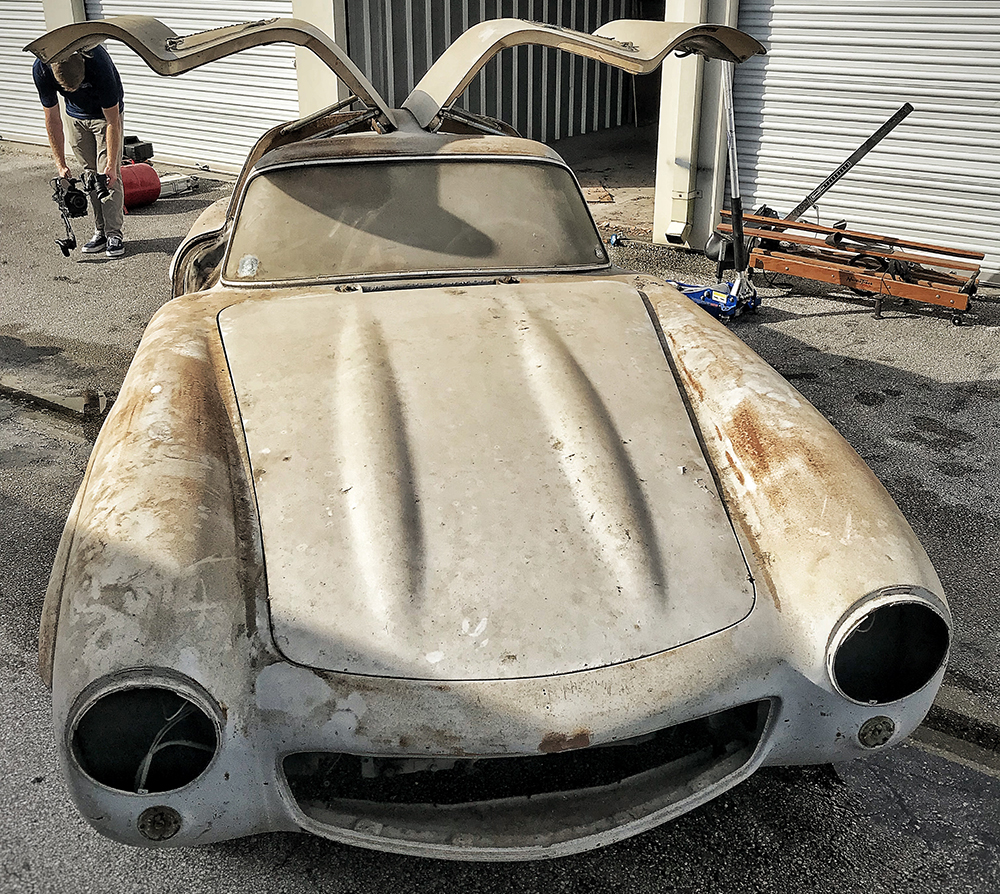 “We believe the car has been sitting since 1956 and with 35,308 miles on the odometer,” Constantin von Kageneck, the Mercedes-Benz Classic Center’s marketing and communication specialist, told the newspaper. “It appears the original owner enjoyed this 300SL quite a bit between 1954 to 1956.”

When contacted by Warner about the Gullwing, the owner told him that he wanted to sell the car because of the time and money that would be required to restore it. Warner told the Recorder that he wanted to buy it, but at 75, he was concerned about the time it would take him to bring the car back to its former self. 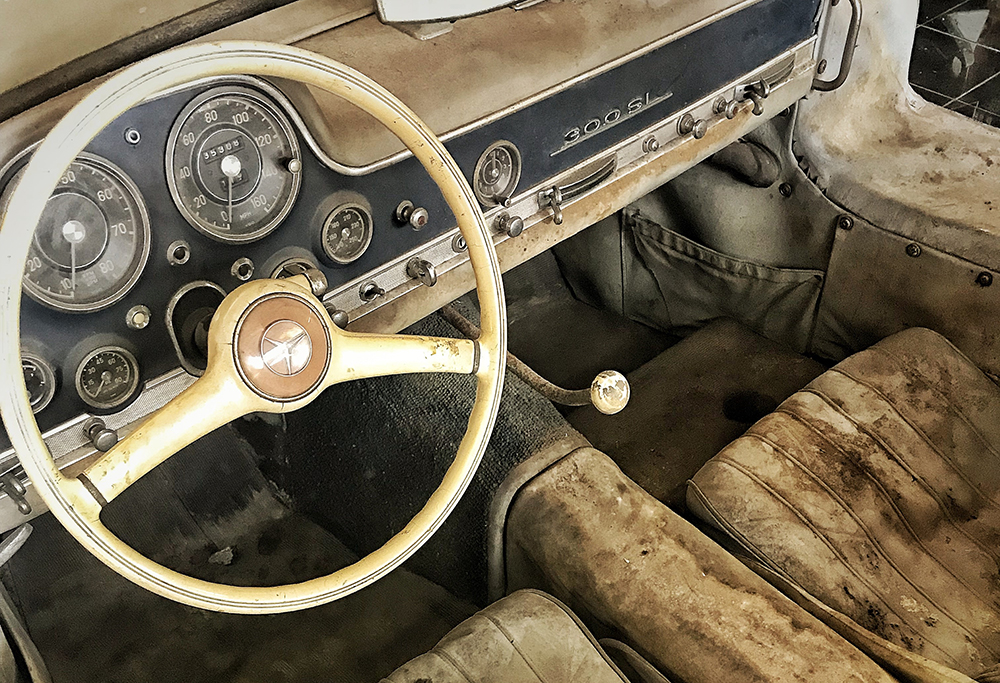 Instead, it was sold to the Mercedes-Benz Classic Center in Irvine, California. The purchase price was not listed in the article, though even in average condition a ’54 Gullwing can be worth $1 million, according to the Hagerty valuation guide. Only 1,400 examples of the iconic Gullwing were produced from 1954 to 1957, and this one is the 43rd to leave the factory.

It’s not known at this point whether the Classic Center plans to restore the coupe. 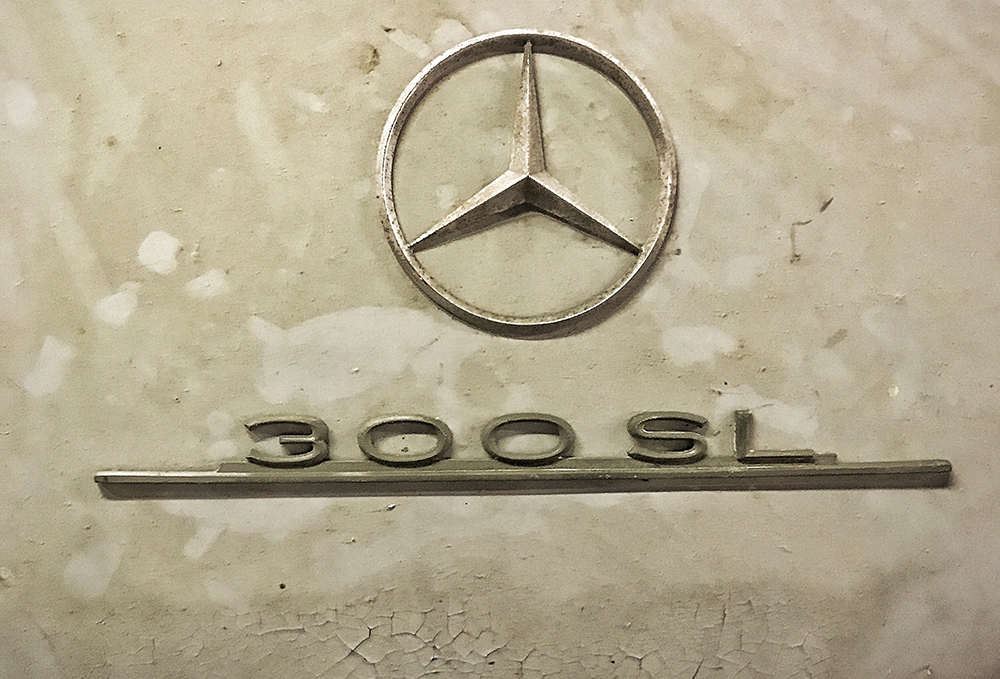 Kageneck said No. 43 will be shown in all its dusty glory at the Amelia Island Concours, joining its fully restored sister Gullwing, No.44. The concours will have about 200 vehicles on display when it is held March 10 on the fairways of The Golf Club of Amelia Island at the Ritz-Carlton Resort.