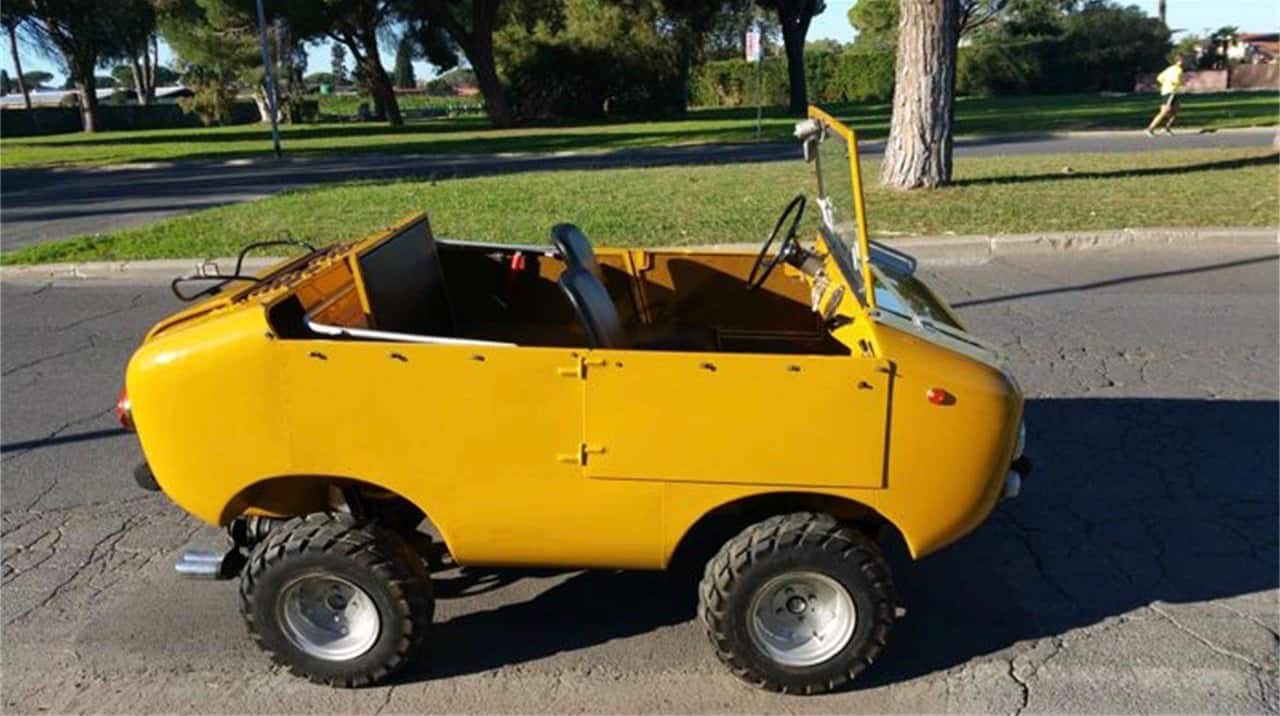 Torino-based Ferves took its name from a shortened version of Ferrari Veicoli Speciali, or Ferrari Special Vehicles, and from 1966-71 produced around 600 examples of its Ranger off-road vehicle. One of those, a 1968 Ferves Ranger, is the Pick of the Day.

The chubby, clubby little off-roader is being offered in an advertisement on ClassicCars.com by a dealership in Oceanside, New York.

The dealership’s description of the vehicle is sparse, noting the 500cc engine, 4-speed gearbox, 18,000 kilometers traveled to date, that the vehicle was designed by Carlo Ferrari and is for sale for $39,000.

The Beaulieu Encyclopedia of the Automobile devotes a single paragraph to Ferves, noting that the Ranger was introduced at the Turin auto show in 1966 and was “an attractive looking and extremely compact all-terrain vehicle” with a rear-mounted 18 horsepower Fiat 550 engine, independent suspension from the Fiat 500D and with all-wheel drive.

The encyclopedia adds that the windscreen folded down and the doors could be “fixed in the open position.” The vehicle had four seats. Later, a cargo/pickup version was added and late examples had 5-speed transmissions and offered such options as 2-wheel drive and locking differentials.

The 1973 Ferves Ranger sold in London had previously been owned by famed designer Phillippe Starck and brought slightly less than $37,400 at the auction.

The seller offering the ’68 Ranger through the ClassicCars.com advertisement asks $39,000. Photographs with the advertisement show the car open and with a convertible-style roof covering.