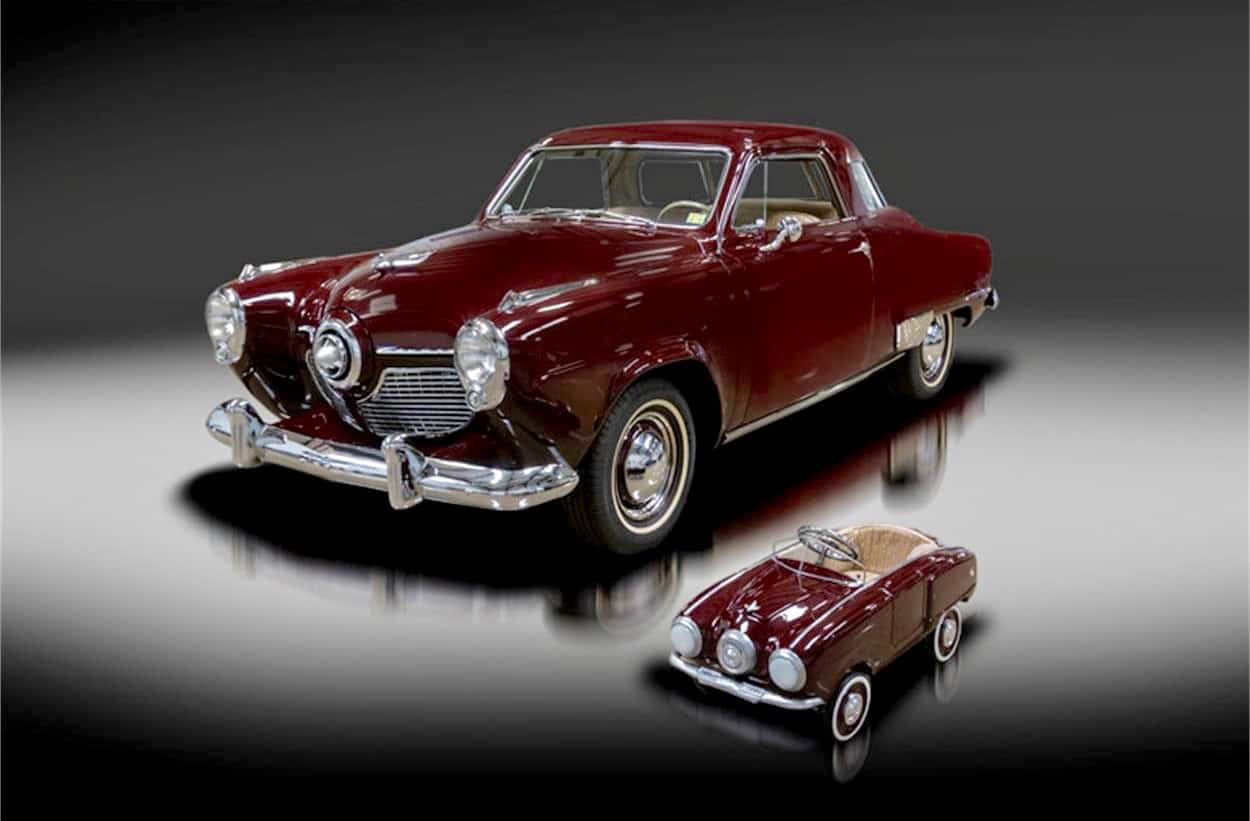 Not only does the Pick of the Day, a 1951 Studebaker Champion Regal Starlight coupe, come with what the seller terms “great history,” it comes with a matching 1951 Giordani Studebaker child’s pedal car.

According to the selling dealer, located in Seekonk, Massachusetts, the car is one of 14,103 Regal Starlight coupes produced for 1951 by Studebaker in South Bend, Indiana.

“The Regal was the top of the line option for a 1951 Studebaker Champion,” the dealer notes in the cars’ advertisement on ClassicCars.com. “This Regal included many extra appointments throughout,” including 24 options and accessories.

The car was shipped to Selma, Alabama, where it was sold by Driggers Motor Company.

“The first owner’s information is unknown but the second owners were Mr. and Mrs Winfred Brown,” the dealer says.

After “a few years,” the Browns sold the car to Mr and Mrs. L.G. White.

“Mr White passed away in 1972 and the car was garaged with 65,222 actual miles showing on the odometer.” After 38 years in storage, the car was purchased in 2010 by Mr. and Mrs. Charlie Attaway of Oxford, Georgia.

So Attaway searched out and found Winfred Brown, “a friendship quickly formed” and when the restoration was completed, the Attaways trailered the car to Selma for Brown to see.

The restoration was completed in 2014 and the advertisement details the car’s return to factory specification.

The seller also details the pedal car, which was produced in Italy.

“The sheet-metal body was stamped from 30 separate pieces and is mounted onto two frame rails. A total of 140 parts are required to make one of these cars.”

Both the adult and child Studebakers are painted in Black Cherry, an original 1951 Studebaker shade.