Might this be the next big thing at your cruise-in? 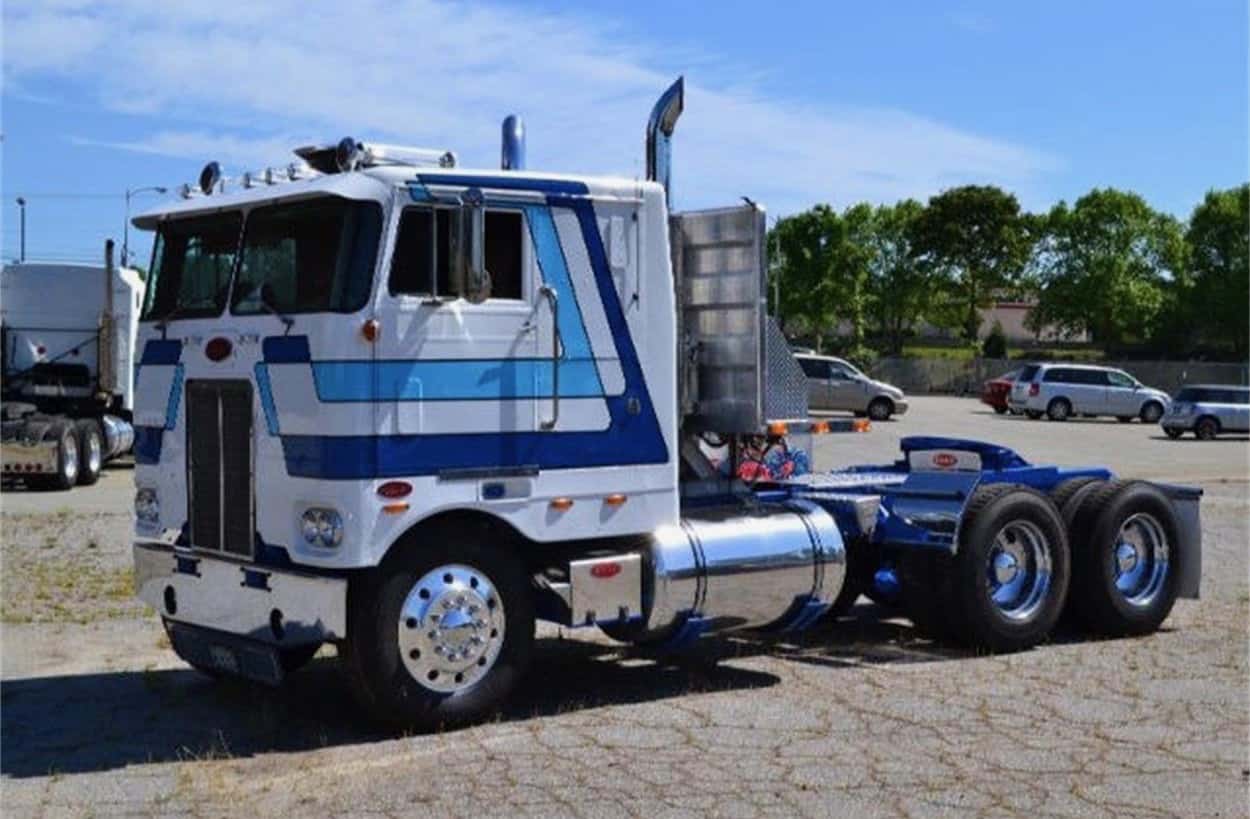 Want to be the next big thing at your local cruise-in? Consider the Pick of the Day, a vintage 1972 Peterbilt semi-tractor being advertised on ClassicCars.com by a dealer in Hickory, North Carolina.

“This two-owner 1972 Peterbilt 352M is presented in White exterior paint with Light and Dark Blue Stripes,” the dealership says. “It has a Cummins 350hp engine and has a Eaton Fuller 13 speed transmission with 4.11 rears.”

The 226,530 miles on the odometer are believed to be accurate.

Peterbilt Motors was founded in 1939 when lumberman and plywood producer T.A. Peterman as unhappy with the delivery system for getting trees to his mill in Washington State. He started using surplus military trucks that he’d update, and in 1938 he purchased the assets of Fageol Motors, a California-based company that produced trucks, buses, farm tractors and two very large automobiles, prototypes it showed around 1917 with an eye on potential series production.

The seller says the truck has been serviced and comes with air conditioning, an air slide fifth wheel, dual chrome air horns, dual chrome muffler stacks and other optional features. 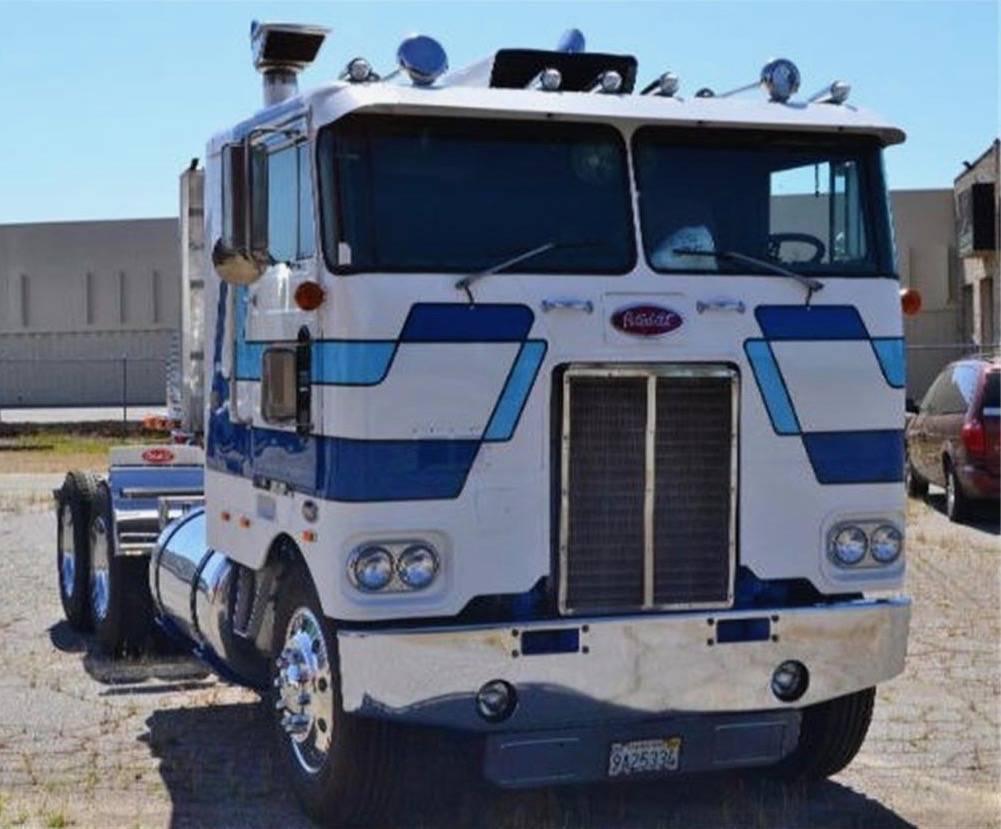