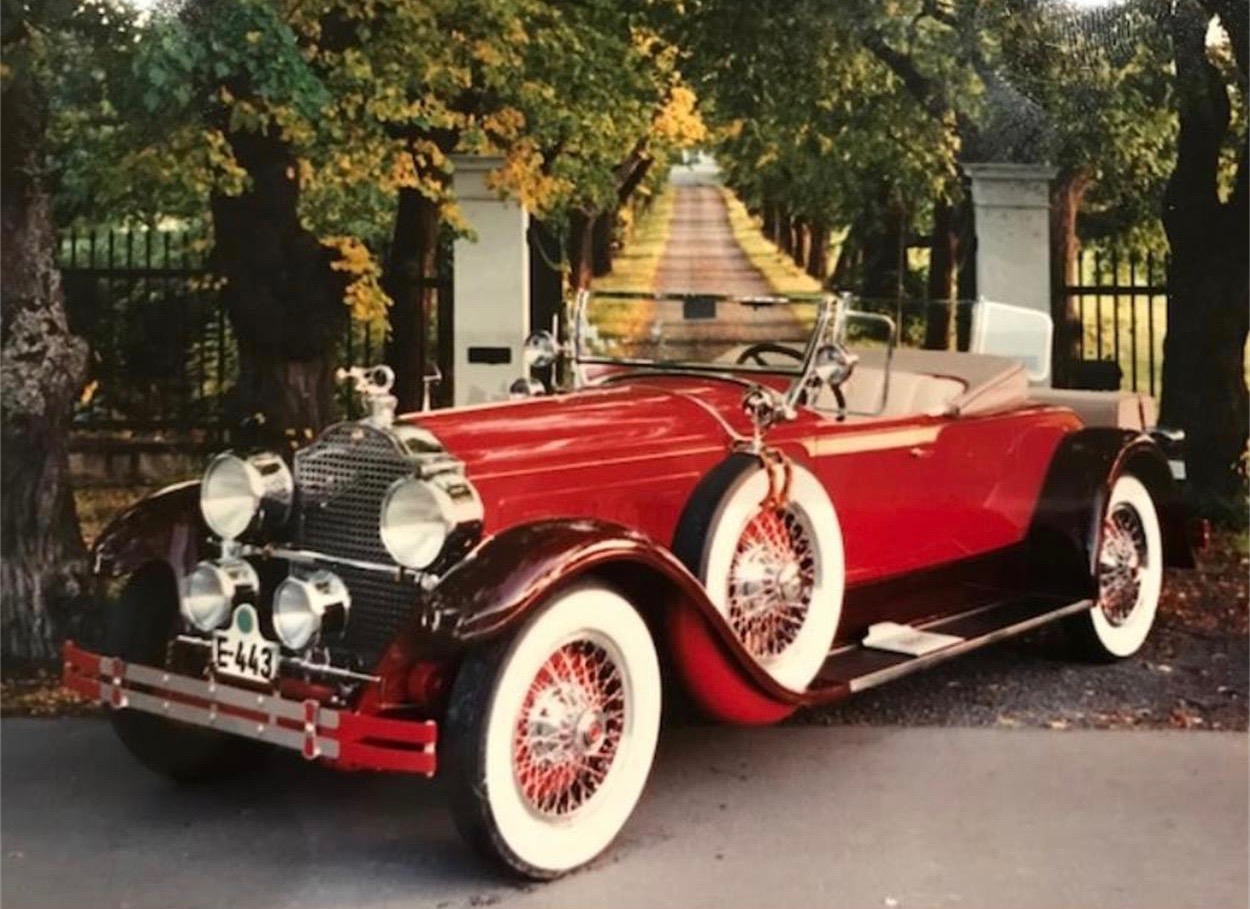 Some will tell you not to buy a collector car unless you’ve seen it in person. If you believe that, prepare for a wonderful if long trip to view the Pick of the Day, a 1928 Packard rumble-seat runabout located in Jessheim, Akershus, northeast of Oslo, Norway.

The car is a Series 443, apparently a Model 312, and was built on a 143-inch wheelbase, “giving it a sense of presence that few could match,” the private seller says in the car’s advertisement on ClassicCars.com.

“Motivation was courtesy of a nearly silent straight-eight that displaced 383 cubic inches, and produced an understressed 109 horsepower and a steady wave of torque.

“As with other Packards of this period, the 443 was not an intimidating car to drive. Packard transmissions are among the easiest to use, the brakes are powerful, and road manners are excellent. The massive 443 has a tendency to shrink around the driver once out on the road. These truly are spectacular automobiles in every sense.”

The seller adds that the car “has been restored to its original glory. Matching numbers, inline 8 engine. this is one of total 40 cars manufactured in 1928, I do not know the status of any other model like this.”

The car has red coachwork (the coachbuilder is not mentioned in the advertisement) with a red and white leather interior.

Oh, and if you go to Norway, be sure to get a taste of cloudberry jam.