First-year Buick Special is a compact with V8 power 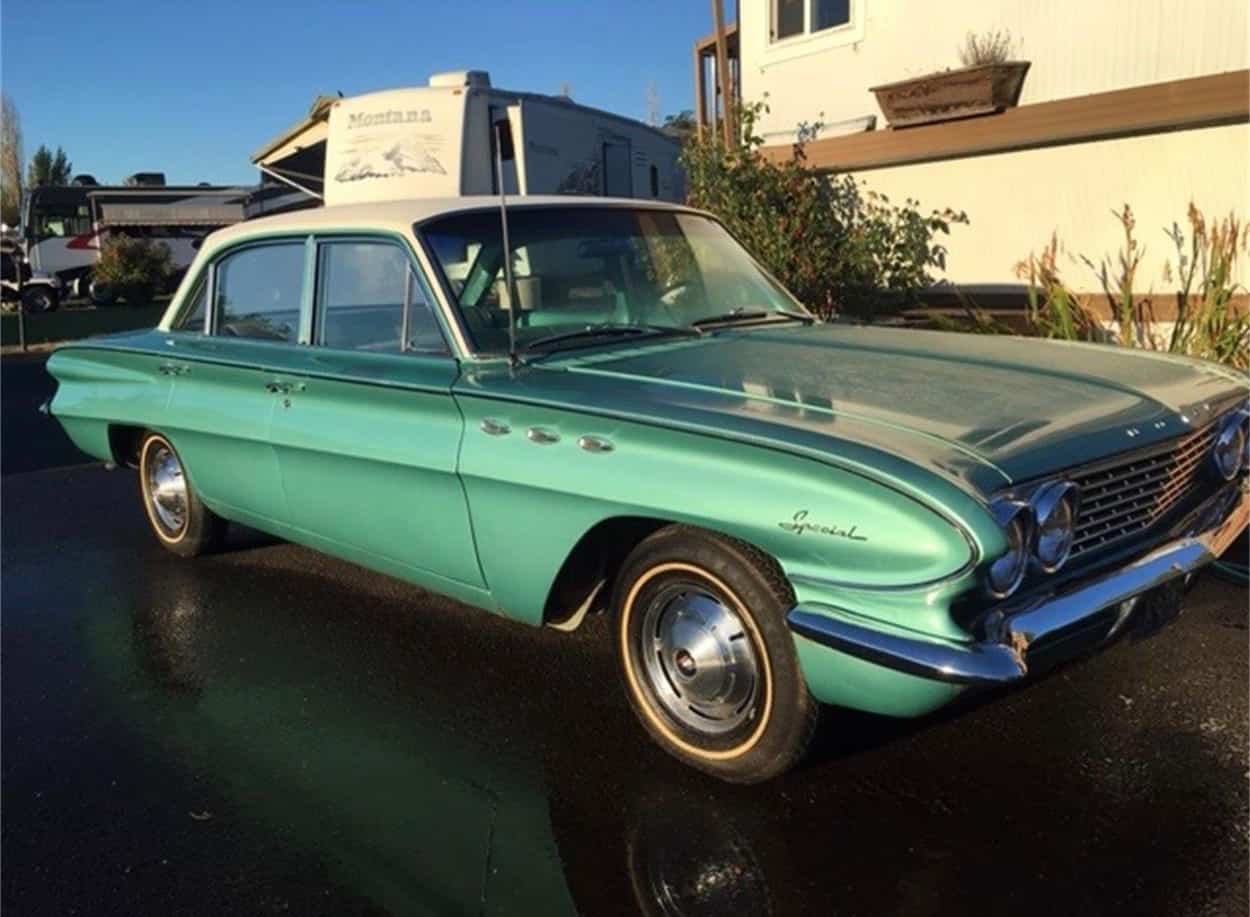 You have to love a classified advertisement on ClassicCars.com that starts, “This is your Grandfather’s Buick!”

We liked the honesty so much that we selected the 1961 Buick Special Deluxe sedan as the Pick of the Day.

According to the private seller, the car is a “100 percent complete original time capsule” driven only 60,000 miles to date. It was owned by the same family from new — first the original buyer and then the daughter — until the current owner acquired it about three years ago.

Buick relaunched its Special model in 1961 as its entry in the compact class, but also equipped it with a V8 engine and power steering. A year later, the Special was the first U.S. car produced in volume with a V6.

The seller says the Buick was never involved in a mishap and that the frame and underbody and all panels are in “top condition,” as is the chrome.

“Mechanically excellent — starts, stops, drives like a meticulously maintained car… Shifts are smooth on the Hydromatic and car has plenty of pick up for a vehicle with its 215cid V8 2bbl engine,” the ad says.

In addition to that engine, the car still wears its original two-tone paint — a metallic green body with white roof.

The car also has an automatic transmission, and power brakes and steering.

Speaking of meticulously maintained, the advertisement includes a long paragraph about work that has been done, including the names of the companies that handled such things as rebuilding the generator, the brakes, even who did the “minor” touch-up painting. It also notes that the front bench seat was redone with new old stock fabric.

The seller also notes that the turn signal shut off is not working, but that seems to be the only issue with the vehicle.

“This classic cruiser has a gentle patina of age that has to be seen to be appreciated,” the seller adds.

The Buick Special is located in Beaverton, Oregon, and is for sale for $6,850.