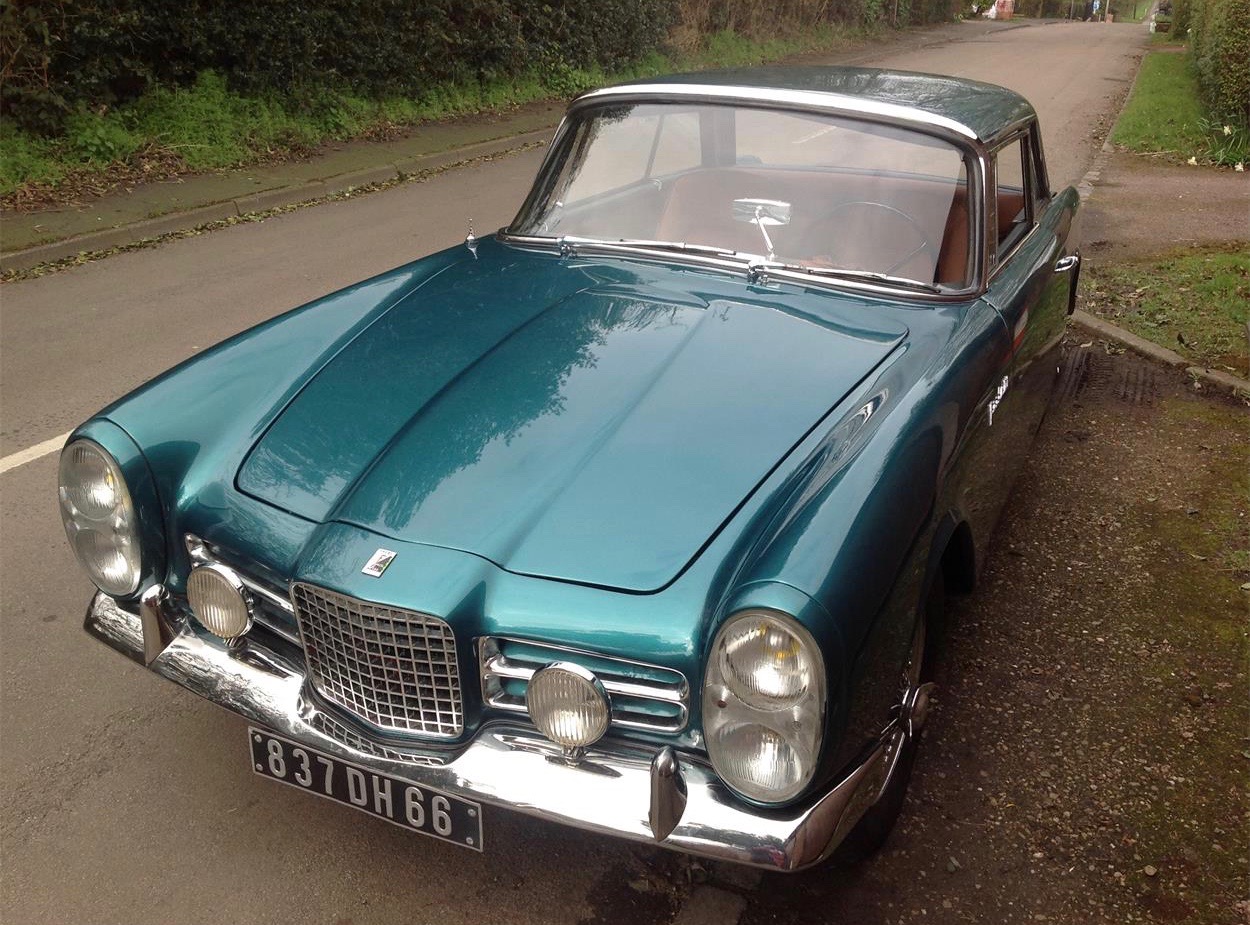 Although Jean Daninos founded Forges et Ateliers de Construction d’Eure et de Loire in 1938, it wasn’t until 1954 that he would apply the name Facel to a motorcar. The Pick of the Day is among the last of the breed, a 1963 Facel Vega Facel III.

Originally, Facel produced machine tools for the aircraft industry, and during World War II, when France was an occupied country, the company produced gas generators. After the war, it returned to aircraft tools and added stainless-steel kitchen furniture and made car bodies for Panhard, Simca and Ford.

In addition to the bodywork, it designed the styling for the Ford Comete coupe and did a one-off Bentley Mk VI. 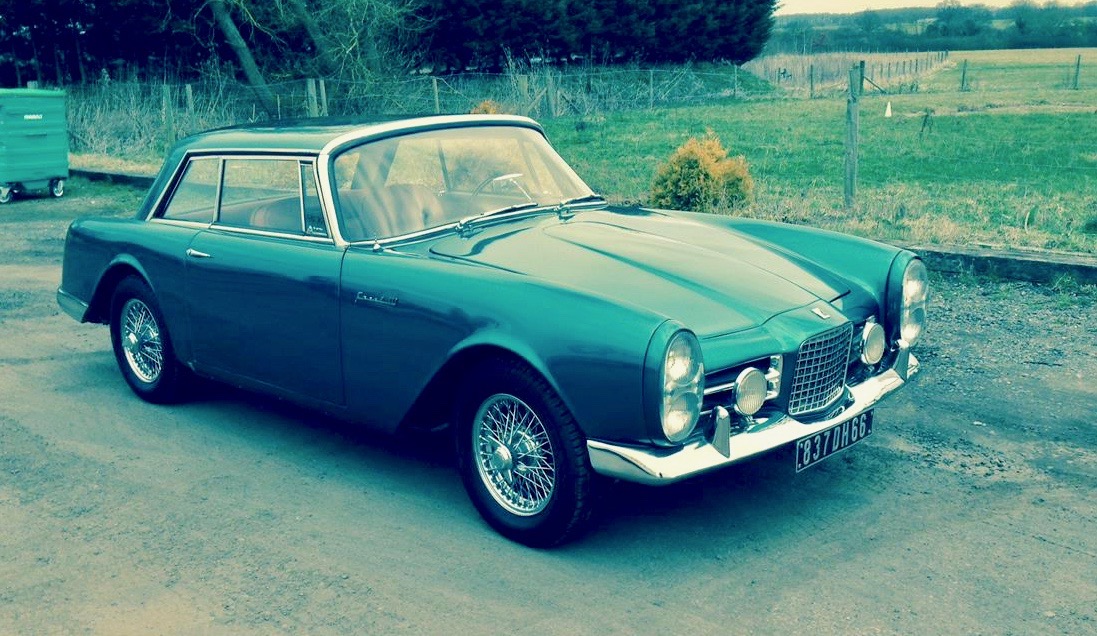 In 1954, Daninos finally produced his first complete vehicle, the Vega, albeit with a Hemi-headed DeSoto Firedome V8 engine under its hood.  Fewer than 50 were produced, and they were expensive. But with the loss of the Delage and Delahaye brands (soon joined by Talbot), Facel emerged as France’s only luxury nameplate.

Facels were the first French cars with wraparound windshields, and disc brakes became standard equipment as early as 1960.

The Facel Vega Sport, introduced in 1956, became a favorite of Hollywood celebrities, as well as such luminaries as the Shah of Iran, Stirling Moss and Ringo Starr. But sales were strong enough to sustain the effort. The Chrysler engines were replaced by Volvo and Austin-Healey powerplants, and the company went bankrupt by 1965 after producing fewer than 3,000 vehicles.

Nonetheless, Facel Vegas remain very popular among car collectors. The car on offer here is a 1963 Facel III, a then-new model powered by the four-cylinder engine used by Volvo in its P1800 sports car. 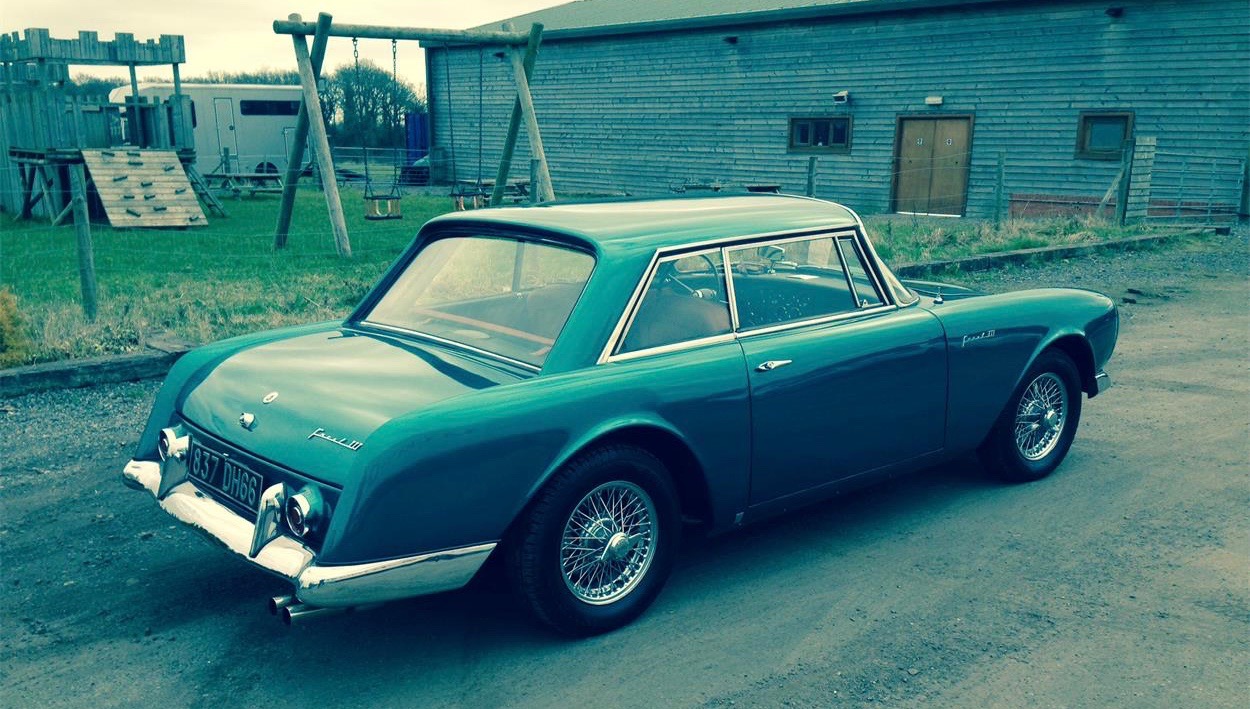 According to the private seller, the car has been fully restored and still rides on its “rare wire wheels.” The engine is the original, though has been rebuilt with uprated camshaft.

The car is located in Solihull, England, and the owner believes it is the only drivable Facel III in the UK.

In addition to its unusual history, the car carries a dashboard refurbished “by a very well-known chap who paints guitars for famous rock stars.”

The car is done in Aqua Verde with saddle and green leather interior, and manual transmission.

The asking price is $105,500. The owner adds that he is willing to help arrange for shipping.