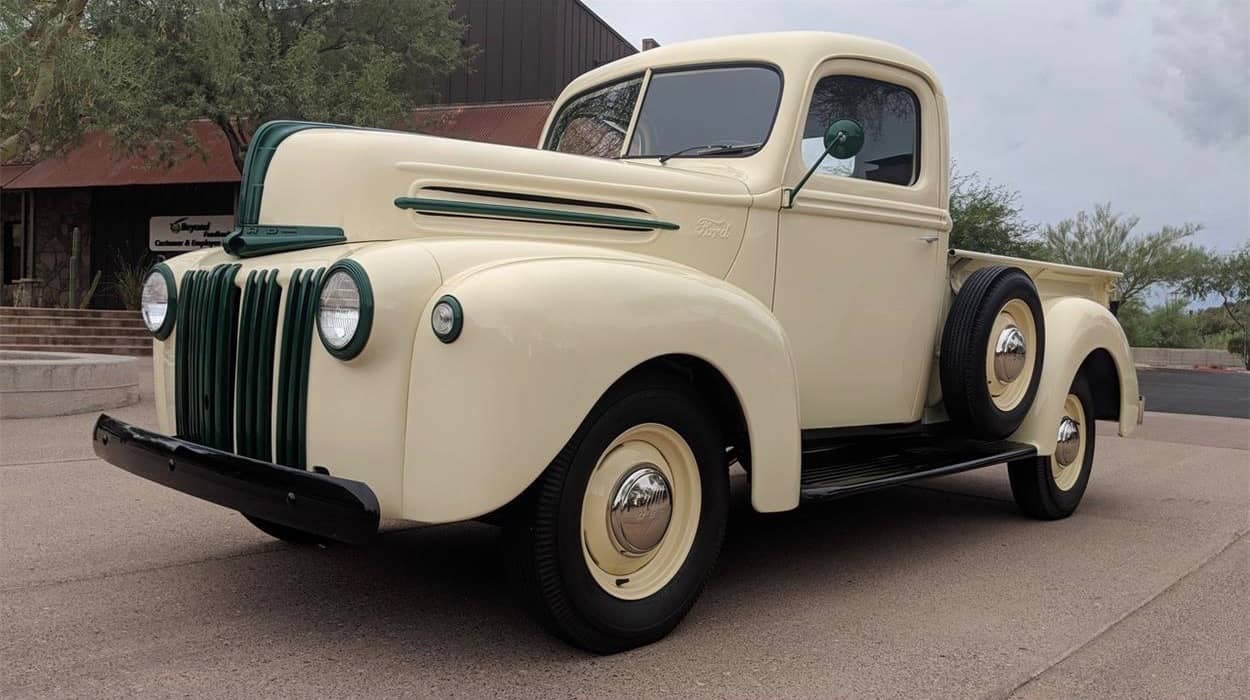 Ford resumed civilian production of its half-ton pickup trucks for the 1945 model year, though it made fewer than 20,000 of them. One of those trucks, a 1945 Ford pickup presented with blacked out chrome trim as was done for World War II, is Pick of the Day.

Advertised by a private seller on ClassicCars.com, the truck was “meticulously restored starting in 2013 and finished in 2016 by order of the Ford dealership,” presumably Fremont Motors of Scottsbluff, Nebraska. The seller reports the truck was displayed at the dealership.

“This truck could only be obtained by a special letter to the war department for civilian use,” the seller says.

The restoration reportedly cost more than $60,000 and resulted in “a great running and driving truck that is perfectly rust free and straight in every way.”

“Inspection shows flawless paint, fit finish and gaps, with an absolute rust-free body with no visible signs of rust repair,” the seller says. “The brakes have just been freshened up with all brand-new wheel cylinders, master cylinder, and shoes.

The truck is beige with green interior, a Ford flathead V8 and manual transmission.

The truck is located in North Scottsdale, Arizona, and is advertised for $59,000. 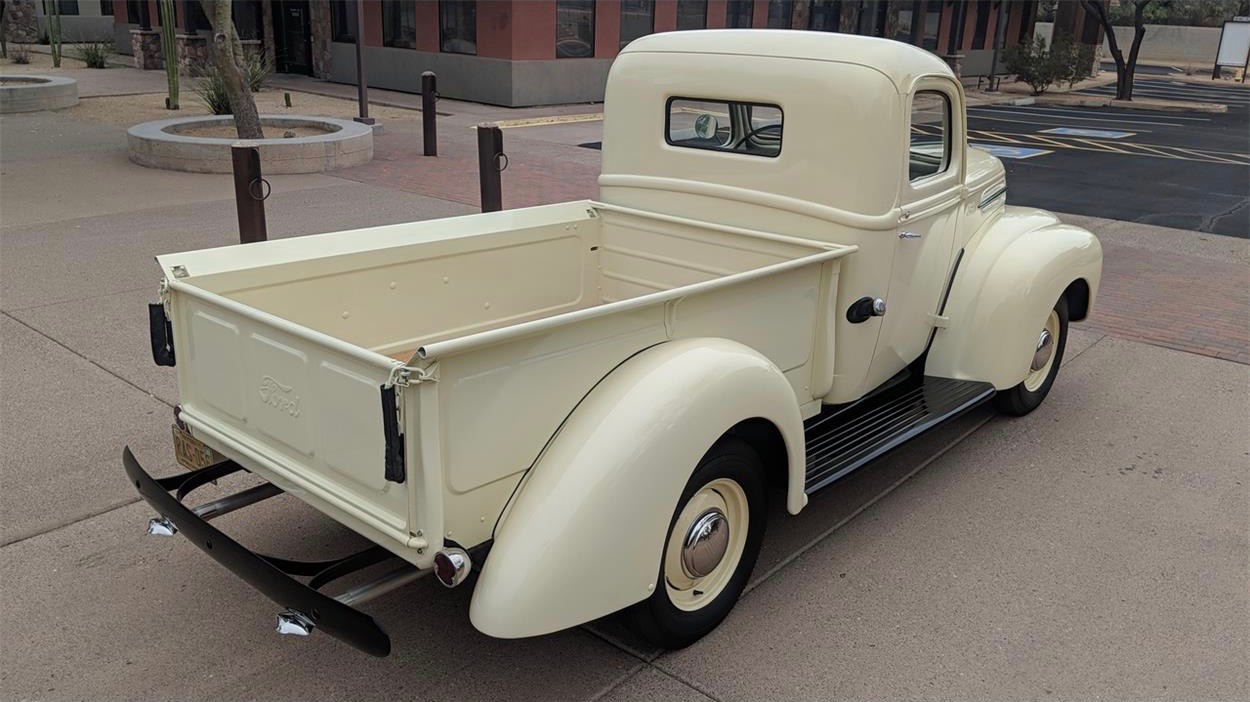