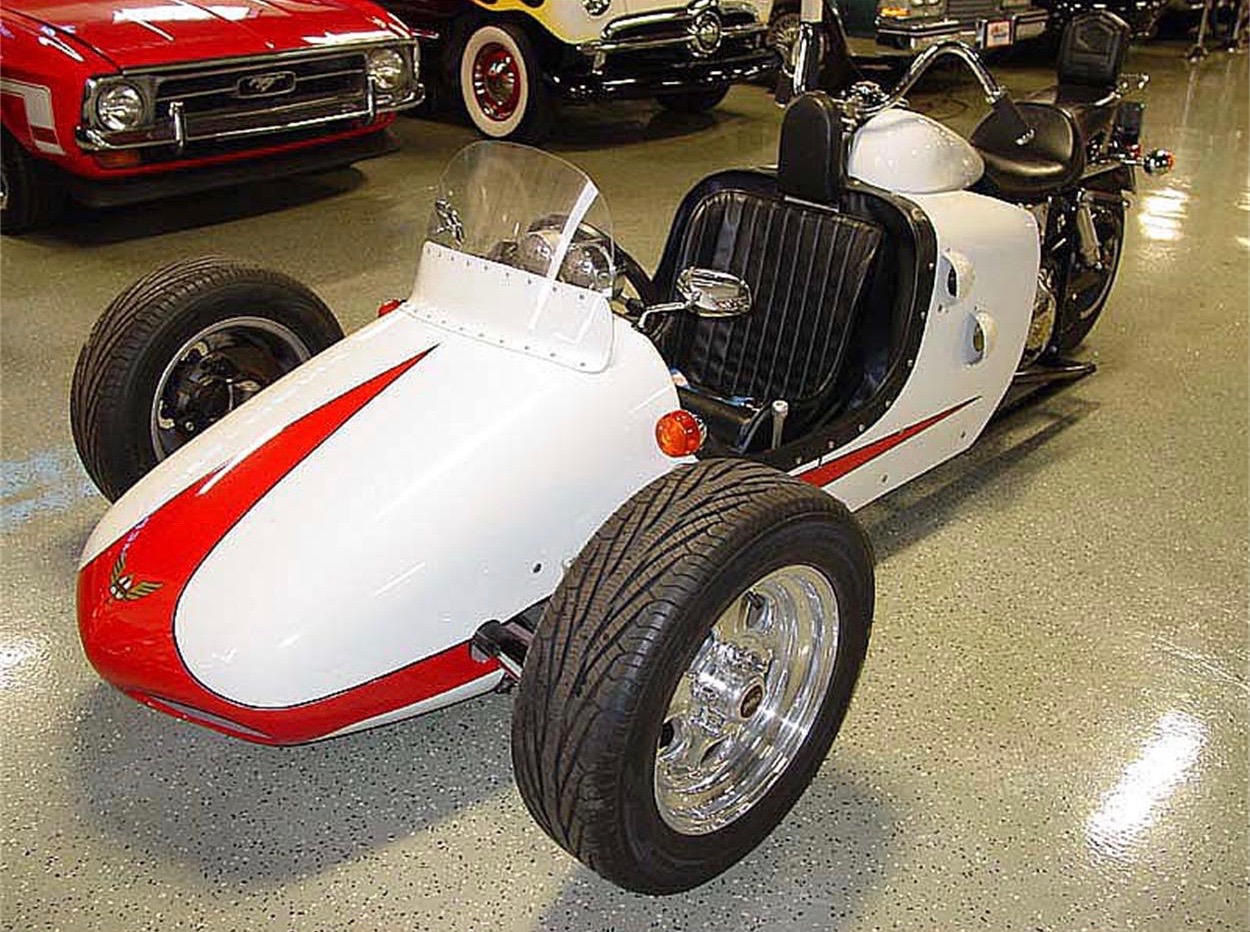 During the heyday of the roadster era at Indianapolis, A.J. Watson built 23 cars, and six of them won the famed 500-mile race. But that wasn’t the end of Watson’s vehicle-building career.

In 2010, at the age of 86, he crafted a 1997 Harley-Davidson XFD 1200 motorcycle into an unusual tricycle that put the motorcycle, still with its seats and handlebars, in the back of a car-style single-rider’s compartment set behind a pair of wheels. 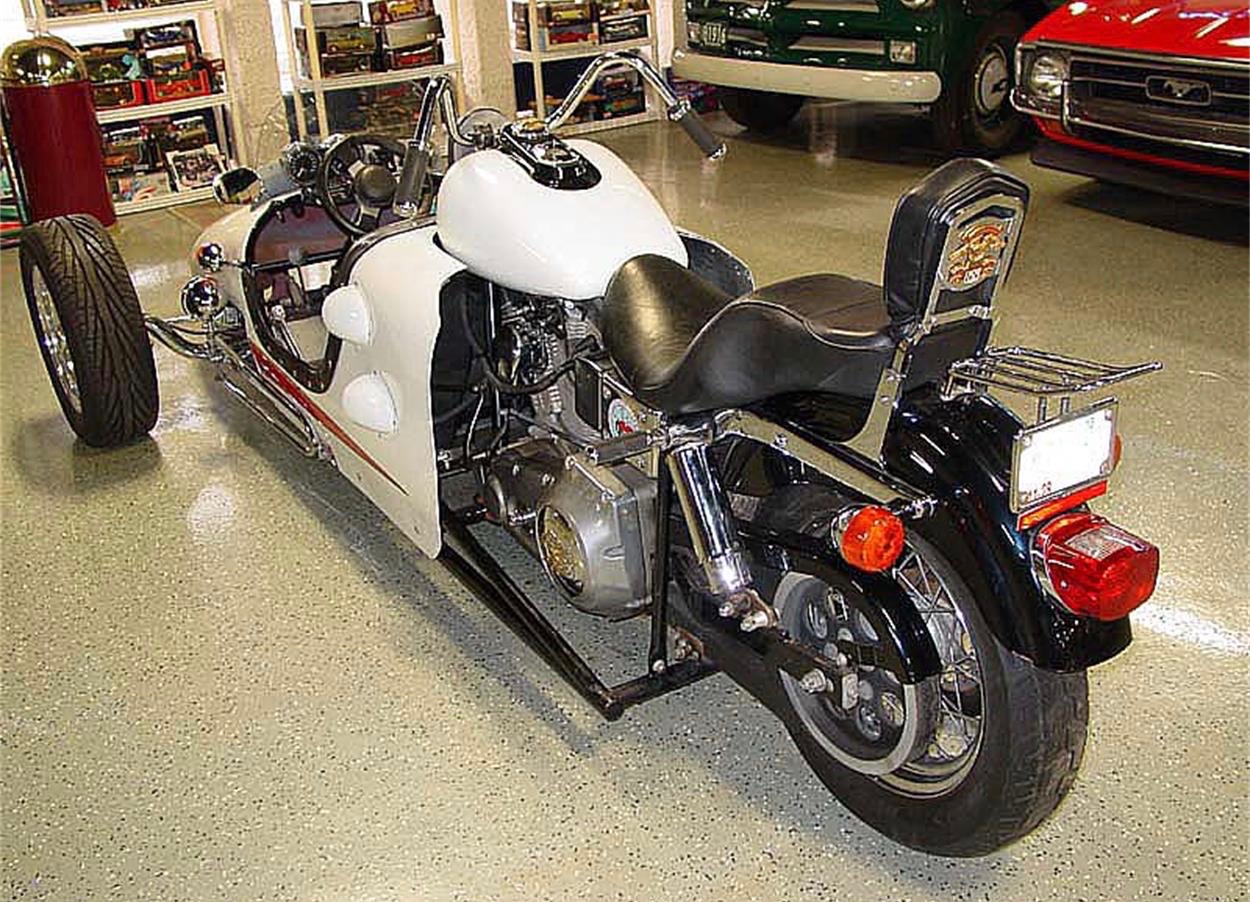 That front section resembles one of Watson’s Indy racers, has a steering wheel and three standard automotive pedals, and is complete with a Leaders Card logo honoring the long-time Indy racing team owner and sponsor.

The tricycle is the Pick of the Day, and is being advertised on ClassicCars.com by a collector-car specialist dealership located in Colorado Springs, Colorado.

The advertisement includes photographs of the State of Indiana certificate of title in Watson’s name and showing his signature, as well as a copies of magazine articles about the trike and its famed builder. 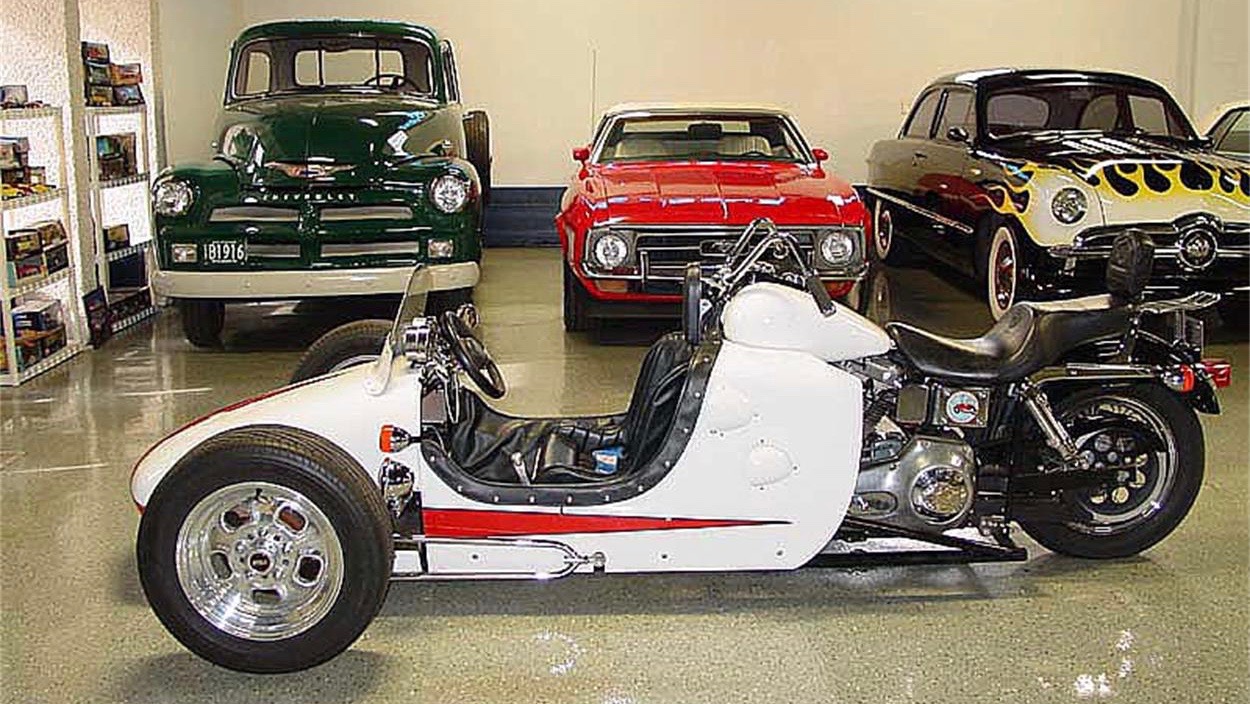 “Every detail on this carefully crafted vehicle has the masters touch,” according to the advertisement on ClassicCars.com.

“Like the original ’60s-era roadster nose panel and dropped tube axle suspended by transverse spring and lever shocks with wish-bone radius rods,” the ad continues. “Hand-fabricated linkage for shifting on the left and reverse lever on the right.”

The advertisement terms the trike a “gorgeous and unique part of American racing history.”

Question of the Day: Would you race in a Cannonball Run?