Labeled by Mecum Auctions as “The World’s Most Iconic Hot Rod,” the 1932 Ford McMullen roadster is on the docket for the upcoming Kissimmee collector car sale, where the car is expected to sell for as much as $1 million.

“Arguably the country’s most visible Hot Rod in the 1960s, Tom McMullen’s ’32 roadster was everywhere;” Mecum said in its news releases, “It appeared on magazine covers, starred on record albums and was prominent in advertisements on TV and in the movies.

“The roadster was enthusiastically drag-raced on sanctioned strips, illegally raced on the streets, ran in official NHRA National events at Pomona and Indy, and set top-speed records for street roadsters at El Mirage Dry Lake and the Bonneville Salt Flats.” 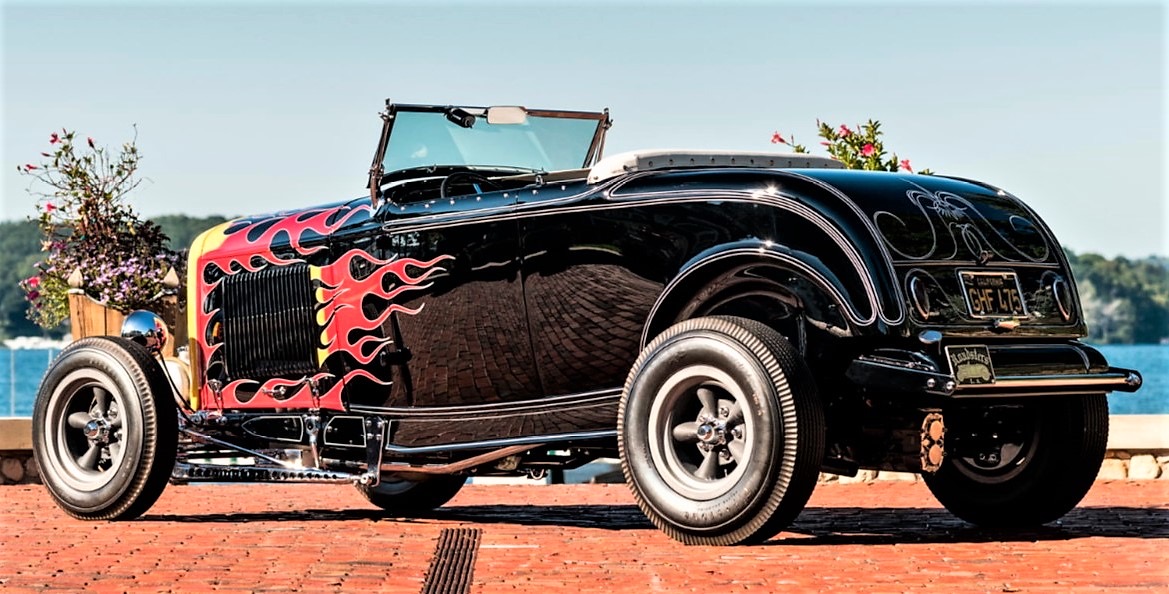 “This car was, and is, a killer ride,” Mecum quotes automotive historian and hot-rod expert Ken Gross. “In Hot Rod parlance, we’d call it bitchin’.

“If you’re looking for an iconic, award-winning, absolutely timeless ’32 Ford roadster, look no further: there’s only one original Tom McMullen roadster that rocked the country in 1963, and this is it.”

Mecum notes that Tom McMullen wrote for Hot Rod magazine, established his own Street Rodder magazine and built a publishing empire around it. He also had an automotive electrical company and a successful motorcycle chopper catalog business.

“This roadster was his signature, and it served a dual role as McMullen’s everyday driver and his race car,” Mecum continues. 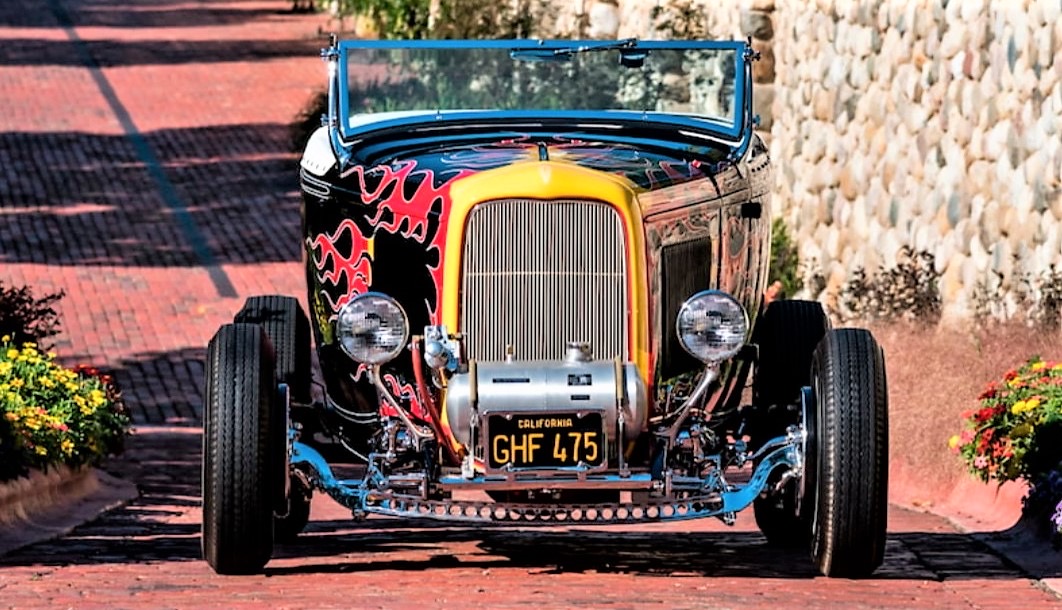 “Never shrinking from a challenge, McMullen raced illegally on the streets at the drop of a hat, as well as at sanctioned events from El Mirage Dry Lake and Bonneville to the Riverside drags. He didn’t like to lose, so he was always improving this car.”

McMullen, who with his wife died while flying in an ice storm in 1995, was described by friends as “bold, occasionally profane, unpredictable and always innovative, (and) he was never, ever satisfied with the commonplace,” Mecum Auctions said. “Like every great Hot Rodder, McMullen always wanted to go faster. And he lived that way right to the end.”

Though known as the McMullen car, he wasn’t the original owner. He bought the car, equipped with a 283cid Chevrolet small-block V8, in 1958. McMullen immediately replaced that engine with a bored and stroked 352cid Chevy unit topped by a half-dozen carburetors. Later, he added a GMC 4:71 supercharged and fed the powerplant via two 4-barrel carburetors.

He set an A/Street Roadster speed record of 167 mph at El Mirage, hit 118 mph in a quarter-mile sprint and 138 in a half-mile run at Riverside.

McMullen owned the car until 1970, when he sold the hot rod to generate money for his growing businesses. In addition to magazine covers, it has appeared on album covers, in advertisements, on television and in movies. The iconic flame design it wears was done originally by Ed “Big Daddy” Roth.

The cars ownership history is documented and includes Jorge Zaragoza, a collector from El Paso, Texas, who had Roy Brizio restore the hot rod to its April 1963 Hot Rod magazine cover glory.

“As the car neared completion, Ford Motor Company sponsored a search for the best ’32 Fords of all time to celebrate the 75th anniversary of the birth of the 1932 Ford in 2007,” Mecum points out. “More than 450 significant nominees were whittled down to 75 finalists by a panel of experts.

“The winners starred in a huge display at the Grand National Roadster Show in Pomona, California, in January 2007; at the Petersen Automotive Museum’s “Deuce Week” in February; at the Los Angeles Roadster Show in June; and at the Pebble Beach Concours d’Elegance,” where the McMullen car took third in the class. Mecum notes that the top three cars in the class each was awarded 100 points by the concours judges.