Nissan has confirmed that it will put into production the Nissan GT-R50 and that it will be based on the concept car by Italdesign. Only 50 examples of what Nissan terms “the ultimate expressions of the GT-R” will be offered.

“The car’s exterior is virtually unchanged from the prototype first shown in July at the Goodwood Festival of Speed in England,” and later made its North American debut at Pebble Beach and Laguna Seca,” Nissan said in its announcement. 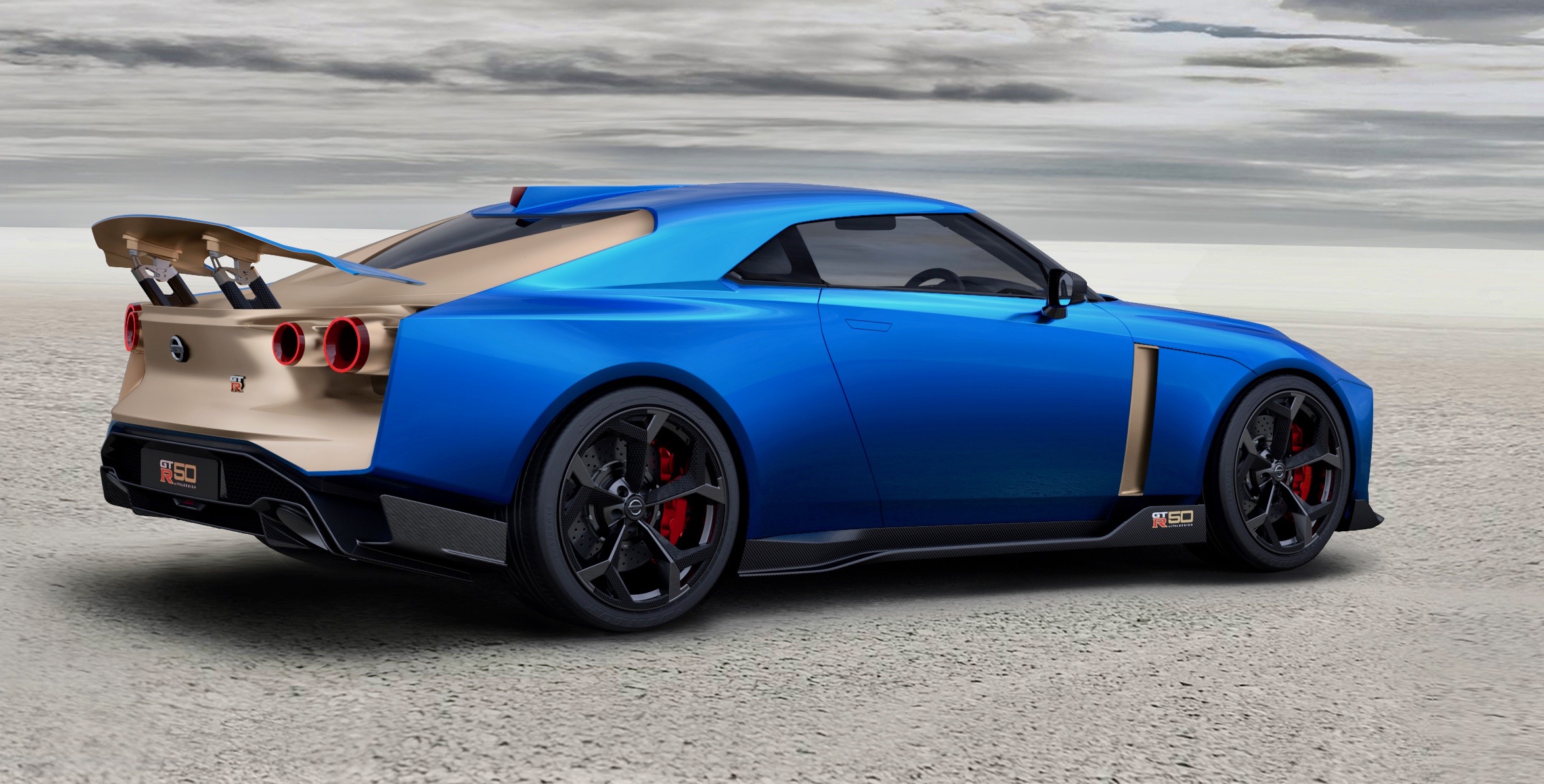 “Pricing of the NISMO-tuned, 720 horsepower GT-R by Italdesign will start at 990,000 euros before taxes and options.”

We did the math. That’s approximately $1.13 million each.

The GT-R50 was commissioned from Italdesign by Nissan to celebrate the 50th anniversaries of Giorgetto Giugiaro’s design studio in 2018 and of the GT-R in 2019.

“While the prototype vehicle was finished in a special gray with gold accents, customers will be able to specify their preferred color combinations for the production version. They also will be able to choose interior colors and packages,” Nissan said.

“The reaction from Nissan fans around the world – and potential customers of the GT-R50 – has greatly exceeded our expectations,” said Bob Laishley, Nissan’s global sports car program director.“

Those interesting in purchasing one of the 50 vehicles are encouraged to visit a special website. Deliveries of the cars will begin in 2019 and continue through 2020, Nissan said.