Before big rigs, Autocar was an innovative automaker 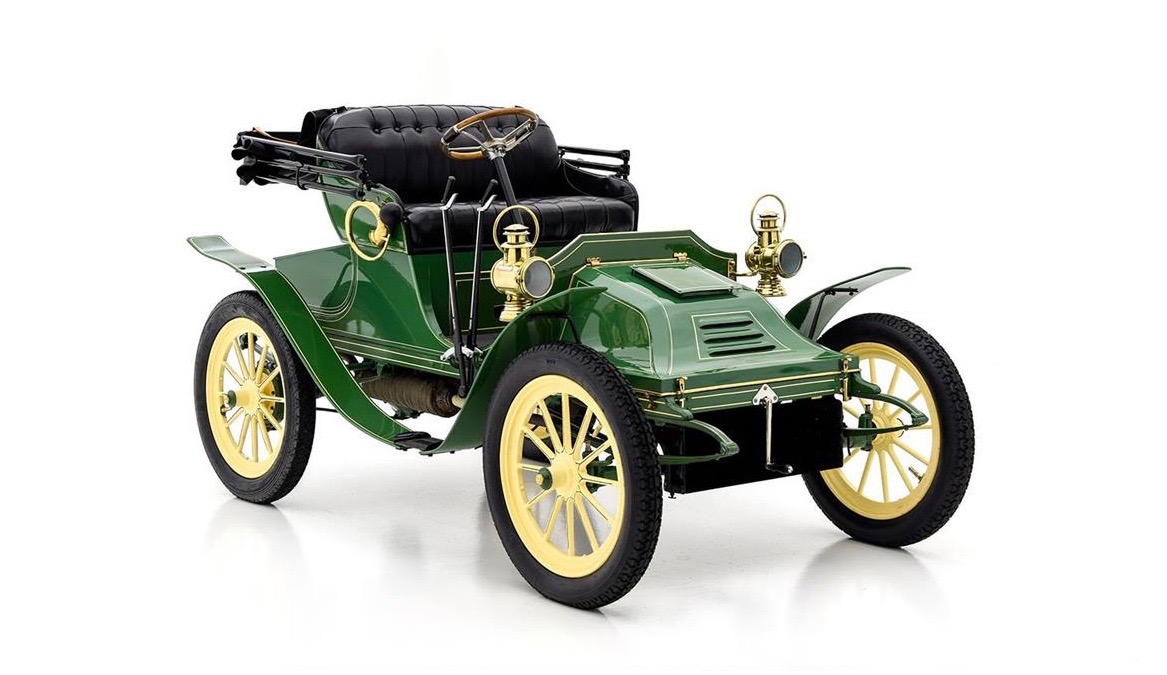 Though Autocar is best known for its big-rig, 12-cylinder diesel-powered semi tractors, once upon a time the company built passenger automobiles, and one of them, a 1906 Autocar Type X, is advertised on ClassicCars.com and is the Pick of the Day.

This vintage vehicle is offered by a collector car specialist dealer in St. Louis. 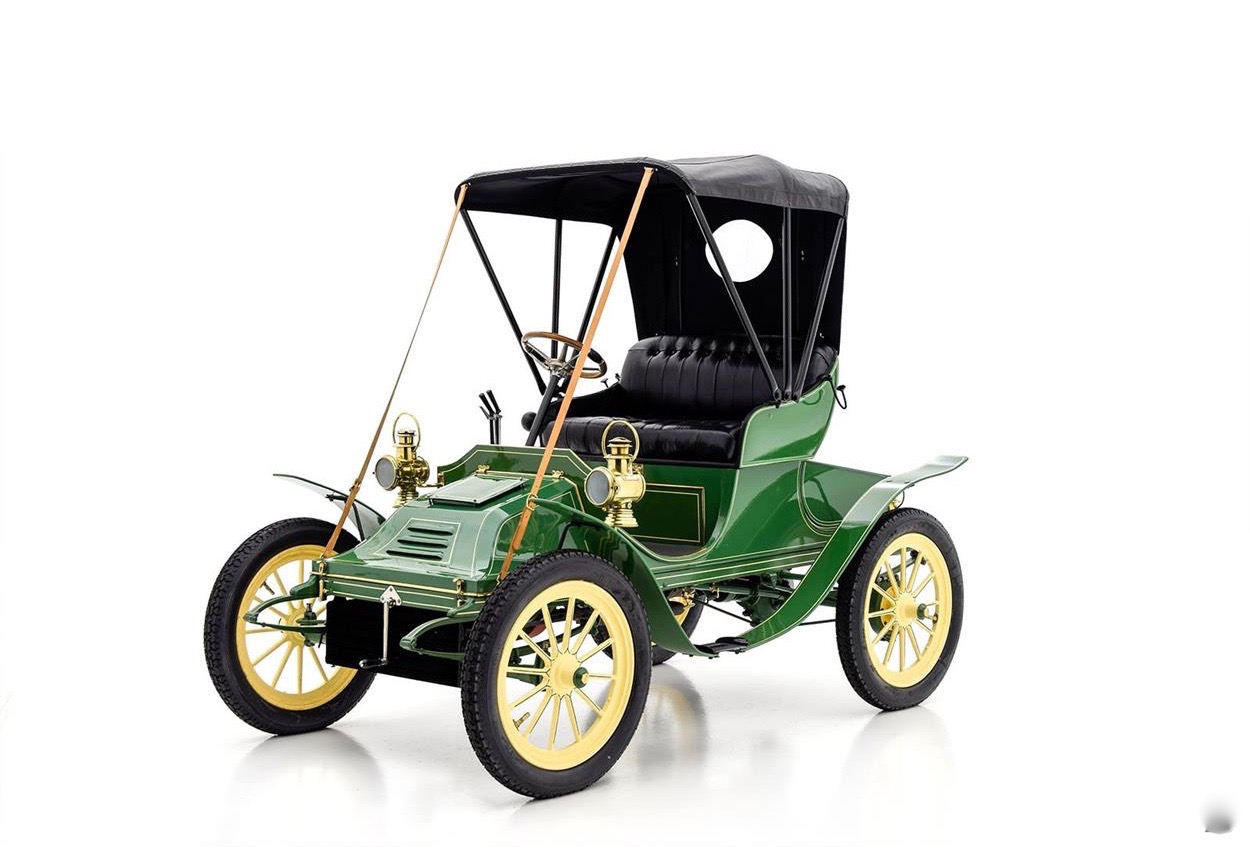 “Early Autocars would feature a revolutionary shaft drive arrangement – credited as the first American car so equipped,” the dealer notes in the advertisement. “Autocars were exceptionally well made for their time, and period advertising rather bluntly claimed: ‘It cannot blow up or burn up’.”

When the company changed over to larger vehicles, it built “one of America’s first purpose-built commercial trucks, which featured a forward-mounted driver’s compartment to maximize load space — a primitive precursor to the cabover.”

Autocar actually began as the Pittsburgh Motor Vehicle Company, established in 1897 to produce motorized tricycles with two wheels in front and a pair of smaller side-saddle seats on either side of the rear wheel. A few four-wheel versions were produced before the company moved across the state and became the Autocar Co. of Ardmore, Pennsylvania. 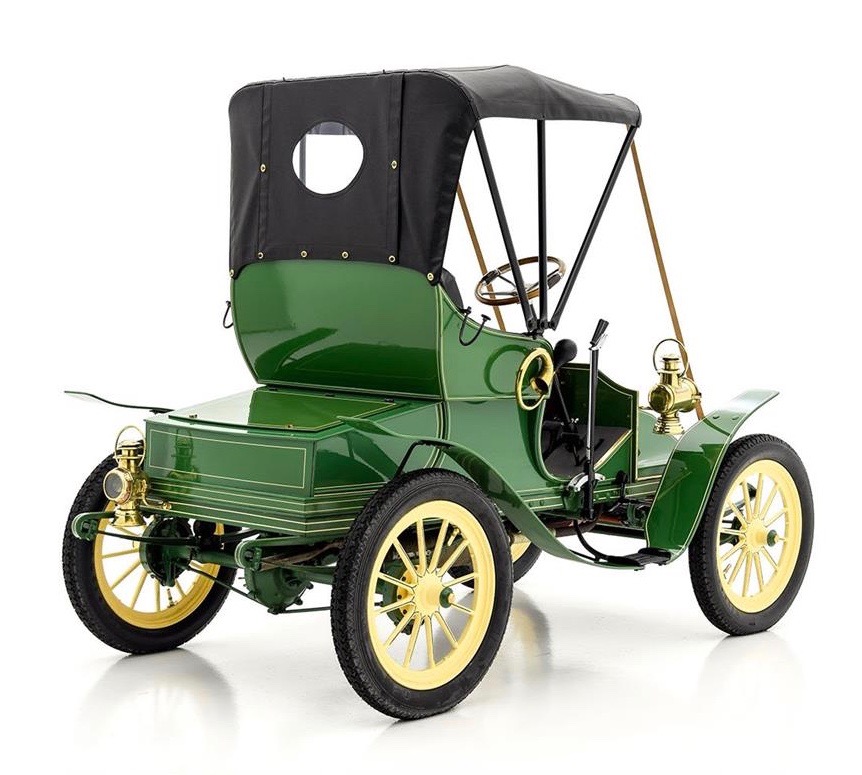 Note: Pittsburgh Motor Vehicle Co. is not to be confused with another company known at various times as Pittsburgh Motor Car Co. or Fort Pitt Manufacturing Co., founded by B.G. von Rottweiler, a German immigrant who wanted to build the world’s most powerful racing car but ended up producing the Pittsburgh Six. After four years of production, he moved back to Germany, but later returned to the U.S. and reportedly as executed as a World War I spy for his homeland.

Autocar was organized by brothers Lewis, John and James Clark, with financial support from their father, Charles, and a family friend, William Morgan. Their 1902 model is believed to the first American car with a multi-cylinder engine with shaft drive, which they adapted after the chain-drive system failed in both of their entries in the Automobile Club of America’s 1901 New York-to-Buffalo Endurance Run.

“The Type X was offered between 1904 and 1906, with the most significant change coming in 1905 with the fitment of a steering wheel in place of the tiller for ease of control; another feature of the Autocar that would be touted in-period,” the seller notes in the car’s advertisement on ClassicCars.com.

“The Type X was an attractive little runabout, with a twin-cylinder engine mounted behind the front axle line, making about 12 horsepower.

“By 1906, the wheelbase had been increased by six inches for improved stability and comfort. The Type X and its stablemates sold well enough to private buyers, but Autocar’s resounding success with its commercial vehicles spelled the end for its passenger car business. As demand for the more profitable trucks grew, the cars would receive less and less attention, eventually fizzling out by 1911.” 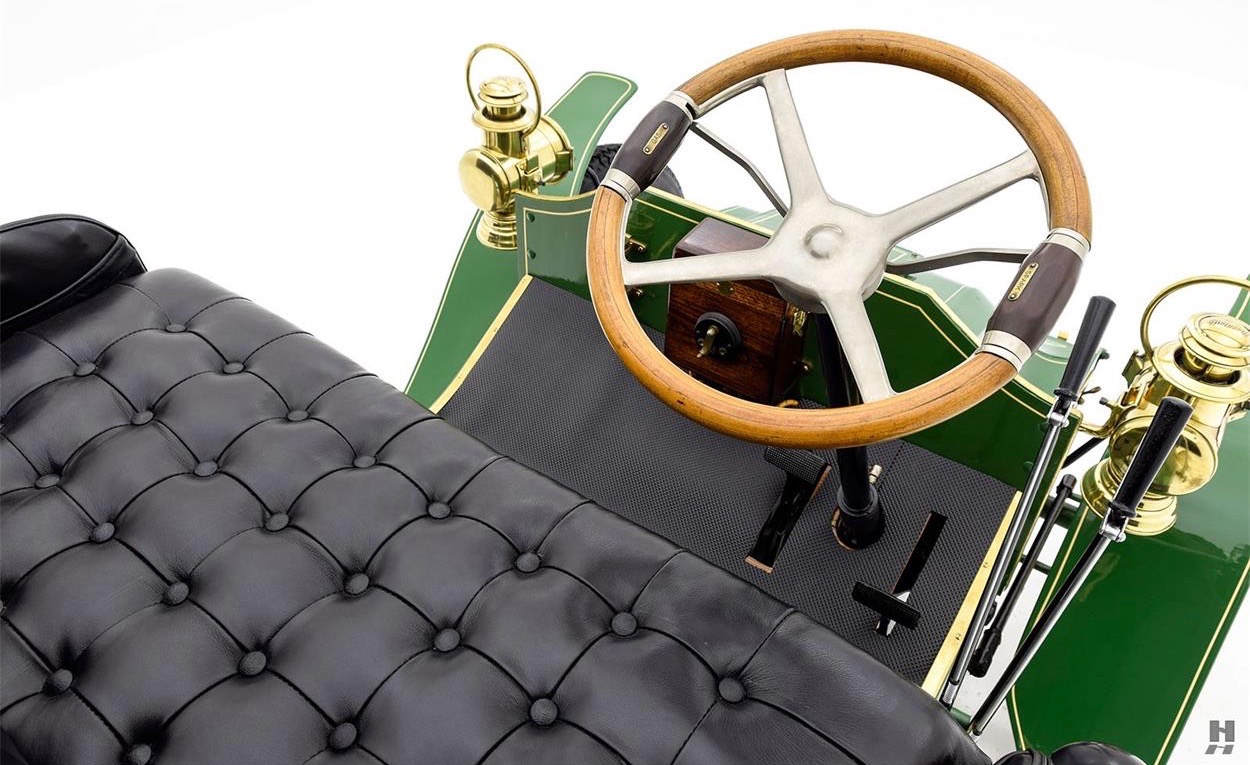 The ad notes that the car being offered is one of only six known to survive from among the 713 Autocars produced in 1906.

“It is an honest and attractive car, restored in a cheerful apple green and straw-yellow livery. The body is constructed mainly of wood, including the graceful steam-bent fenders. The hood is steel, and the paintwork is in good condition overall with consistent finish quality all around.

“Era-appropriate brass fittings include a pair of ‘Neverout’ cowl lamps, with a single ‘Stay-Lit’ tail light and various bits of hardware that collectively show a slight patina to the finish and appear well-maintained. It rides on wood-spoke wheels finished in contrasting straw yellow, which is repeated on the body’s coach stripes.

“Driver and passenger sit atop a leather button-tufted bench, with weather protection provided by a black vinyl buggy top. The unique steering wheel features clever twist-controls for spark and throttle; an unusual alternative to the traditional hub-mounted levers, and an interesting glimpse of the type of creative thinking that fueled the automotive industry at the time.

“This Autocar encompasses the simple, pure enjoyment of early motoring and would be an excellent selection for Horseless Carriage Club of America events or local shows and driving tours.”